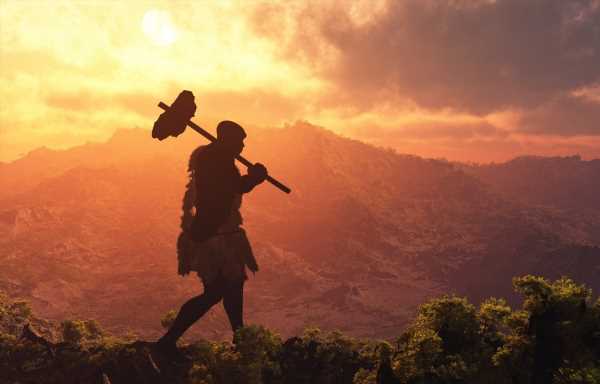 Intriguingly, a single amino acid substitution in TKTL1, from lysine in apes and archaic humans to arginine in modern humans, changed the function and organization of brain layers, such as the neocortex, particularly in the frontal lobe. The evolutionary changes in the brain neocortex and the simultaneous increase in neuron production enhanced the cognitive abilities seen in modern humans. Endocast analyses have revealed that the endocranial volume of modern humans and Neanderthals was similar, suggesting similar neocortex size. However, fossils could not help assess whether similar neocortex size implied similar neocortical neuron production.

A previous study by Pinson et al. analyzed the effect of a single amino acid change in the TKTL1 protein on the production of basal radial glia (bRG), the cells generating most parts of the neocortex. They observed that in organoids, the human variant of TKTL1 (hTKTL1) generated more neuroprogenitors than the archaic variant (aTKTL1) found in Neanderthals, Denisovans, and other primates. Perhaps, this is why modern humans have more neocortex in their brains than the Neanderthals.

Before immunofluorescence, they cut coronal cryosections of 20-50 µm thickness using a cryostat and stored these samples at –20˚C. First, the team subjected a single-cell suspension from the embryonic mouse neocortex to cell-surface staining. Next, they microdissected it under an epifluorescence stereomicroscope. In this way, they obtained the electroporated region of the neocortex. Finally, the team used mass spectrometry (MS) to determine the acetyl coenzyme A (acetyl-CoA) levels in the fluorescence-activated cell sorting (FACS)-isolated bRG.

Naturally, the mouse embryo neocortex lacks TKTL1 expression. Introducing the hTKTL1 gene in mouse embryo neocortex increased the abundance of bRG without affecting the basal intermediate progenitors (bIPs) and apical progenitor population, which, in turn, increased cortical neuron production over time, specifically of the late-developing upper-layer neurons. Conversely, aTKTL1, differing only by one amino acid, did not increase bRG abundance.

Further, the authors noted that hTKTL1 expression increased bRG abundance and the proportion of bRG with multiple processes, a hallmark of bRG that can self-amplify, in developing ferret neocortex. Consequently, the ferret gyrus size increased.

Furthermore, the researchers observed that the aTKTL1-expressing cell organoids contained fewer bRG and neuroprogenitor cells. This finding confirmed that the lysine-to-arginine substitution in hTKTL1 was essential for maintaining the bRG population in this human brain model. Likewise, hTKTL1 expression in neuroprogenitors increased during neurogenesis in the human fetal neocortex. Intriguingly, this expression was higher in the developing frontal lobe than in the developing occipital lobe.

Another interesting observation was that the hTKTL1 enhanced the bRG population via two consecutive metabolic pathways, the pentose phosphate pathway (PPP) and fatty acid synthesis. Therefore, when the researchers suppressed the PPP or fatty acid synthesis pathways using a range of specific inhibitors, the hTKTL1-induced increase in the bRG population ceased in the embryonic mouse neocortex. Similarly, the bRG numbers were reduced in human fetal neocortical tissue.

Further, the authors noted that hTKTL1 stimulated bRGs, but not aTKTL1 induced bRGs, had a higher concentration of acetyl–co A, a metabolite crucial for fatty acid synthesis. Thus, only hTKTL1 promoted the synthesis of membrane lipids containing a type of fatty acid needed for the outgrowth of bRG processes, which increased their population.

The current study demonstrated what distinguished neocortical neurogenesis of modern humans from Neanderthals. Although these archaic humans had similar brains (in size) as modern humans, a single lysine-to-arginine substitution in the hTKTL1 gene led to bRG abundance but not that of bIPs, which, in turn, generated more neocortical neurons in modern humans. Furthermore, the researchers demonstrated that the hTKTL1 effect required the PPP and fatty acid synthesis, and inhibiting these pathways reduced bRG abundance in fetal human neocortical tissue.