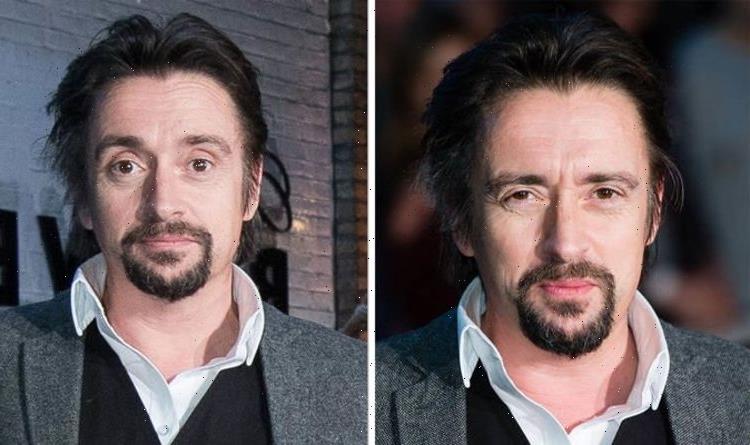 The 51-year-old petrolhead was left in a coma for two weeks after he suffered severe head injuries after crashing a jet-powered dragster at 319mph near York, whilst filming a series of Top Gear back in 2006. Barely pulling through his first crash, 11 years later the star’s life was on the line again after he drove a £2million electric supercar off a mountain in Switzerland. After another lengthy stay in hospital, and a broken leg and rib the star managed to recover, but this hasn’t been without some side effects that still affect Hammond to this day.

Co-star Jeremy Clarkson shed some light on how Hammond has particularly been affected by memory loss as a result of his failed stunts.

Talking to the Sunday Mirror he said: “Well it’s not his fault , it is because he cannot drive and he went upside down and damaged his brain

“But you can tell him something and five seconds later it is gone out of his head.

Hammond himself has spoken about his struggle to remember things, explaining to The Irish Times that these side effects were due to his frontal lobe being injured.

He added: “When I was initially in recovery, because it was a frontal lobe injury, the doctor said one of the problems is what they call ‘lost-keys syndrome’.

“Now, I regularly go into a room and I can’t remember what I went into it for. But I no longer think: oh god, my brain isn’t working.”

Despite being able to come to terms with his memory loss, in the period after the 2006 crash, Hammond also suffered depression, finding it hard to “connect emotionally”.

In fact, the star seemed to suffer from post-traumatic amnesia (PTA), which occurs in the period after unconsciousness.

When the injured person wakes up, they may seem confused, behaving and talking in a bizarre or uncharacteristic manner. Specific symptoms of the condition include the following:

At a glance, suffering from PTA can be extremely distressing for family and friends, but Headway.org, provides advice on the subject, explaining that the phase always passes.

For most patients, PTA normally lasts for minutes to weeks, although it has been known to last for as long as months in some cases.

Due to the nature of PTA, mixed with the sort of sedating medication that brain injury patients are given it can be hard to notice when PTA has been resolved.

This can lead to patients suffering from ongoing memory impairment, which can be permanent and worsen in older age.

The Mayo Clinic explains that memory loss is a natural part of ageing. Mild cognitive impairment (MCI) is the name given to the condition where individuals experience a notable decline in at least one area of thinking skills, but symptoms are not as severe as those of dementia.

The Alzheimer’s Association explains that mild cognitive impairment affects approximately 12-18 percent of people aged 60 and over.

There are two main classifications of the condition, which depend on the thinking skills that are affected. Amnestic MCI primarily affects memory whereas nonamnestic MCI affects other skills including the ability to make sound decisions, judge the time or sequence of steps needed to complete a complex task or visual perception.

Many experts believe that the causes of MCI result from changes in the brain, often seen in the early stages of Alzheimer’s or other neurological diseases. However, it is important to note that not all individuals who have MCI go on to develop Alzheimer’s or dementia.

Alzheimer’s Research UK explains that in comparison to dementia, someone with MCI has mild symptoms and may not be affected in so many ways. This means someone with MCI is usually able to work, drive and manage day to day responsibilities safely and without support from other people. Whereas dementia gets in the way of everyday life.