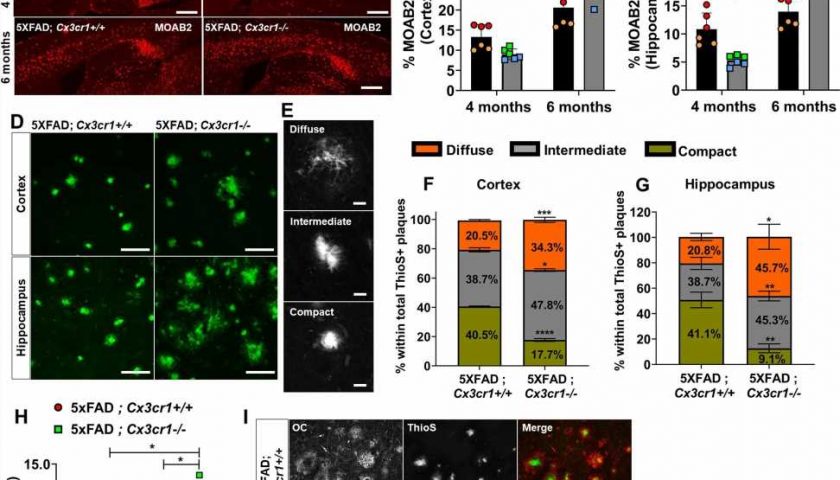 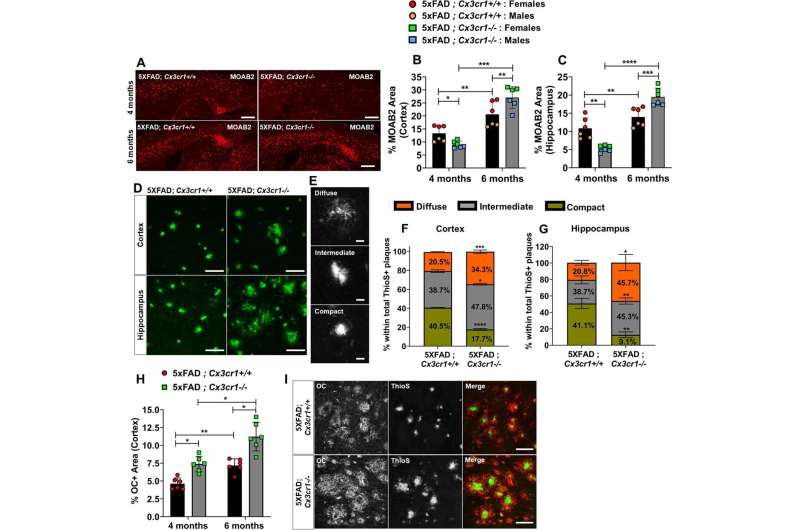 Indiana University School of Medicine researchers are investigating how the deficiency of a gene in immune cells can shape the progression of Alzheimer’s disease.

The study, published in Molecular Neurodegeneration, found that deleting CX3CR1, a microglial gene associated with neurodegenerative diseases, in Alzheimer’s disease animal models resulted in an aggravated disease state and accumulation of plaques in the brain. The deficiency of the gene also impaired the movement of microglia—the brain’s immune cells—toward the plaques.

“This investigation shows that microglia in Alzheimer’s disease become dysfunctional earlier in the disease course in the absence of CX3CR1, and this dysfunction results in the cascade of neurotoxic events in the brain,” said Shweta Puntambekar, MS, Ph.D., assistant research professor of medical and molecular genetics.

“For the larger research community, this research pinpoints how we can target this cell type early in the disease in order to modulate how the disease progresses in the brain and ultimately modulate cognitive outcomes in Alzheimer’s disease.”

CX3CR1 has been shown in both past human and animal studies to be downregulated in neurodegenerative diseases when microglia are activated. The CX3CR1-V249I, a loss-of-function gene variant, was first identified and associated with macular degeneration and was later shown to relate to neurodegeneration in Alzheimer’s disease and ALS.

Puntambekar, first author of the journal article, said the study also looked at the connection between amyloid beta and tau in the brain—hallmark proteins commonly associated with neurodegenerative diseases. Amyloid beta proteins clump together and form plaques, which destroy nerve cell connections. Tau then can later form in the brain after amyloid plaques.

“The study has made a connection not just between amyloid and tau, but how microglia can shape the entire disease process,” Puntambekar said.

In the absence of this gene, the microglia—which act as the first line of defense against viruses, toxic materials and damaged neurons—cannot move closer to plaques to clear up proteins. This occurs early in the disease and leads to more neurotoxic events, such as accumulations of other toxic species of amyloid beta and aggravated tau in later disease stages.

Some of those species of amyloid beta aren’t deposited in the brain as “insoluble” plaques, Puntambekar said, but rather accumulate in the brain as soluble plaques and have been shown to also be associated with cognitive decline. These species were increased in the absence of CX3CR1, she added.

Most therapies that target amyloid beta proteins in the brain focus on insoluble plaques, but drugs for years have been proven ineffective in clinical trials.

“With this new data set, we can now start asking if the limited clinical efficiencies of Alzheimer’s disease therapies are due to not targeting the correct species of amyloid beta and whether we should start targeting other soluble species to get better cognitive outcomes,” Puntambekar said.