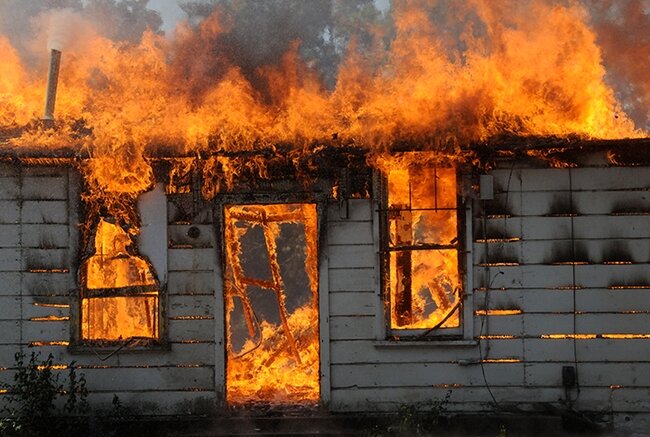 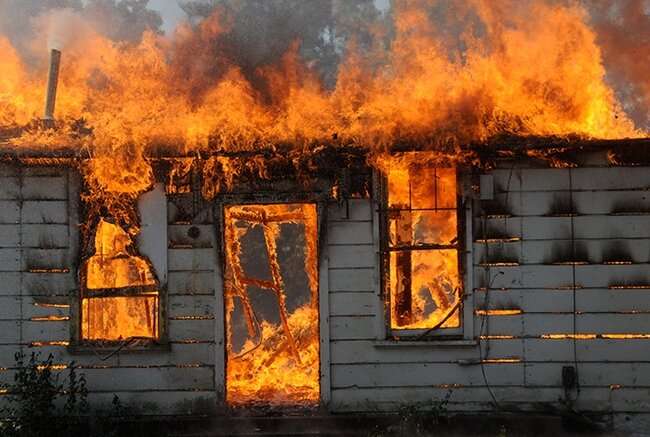 Every year some 10,000 burn victims in the United States undergo an acute inflammatory reaction and die of burn-related infections, according to the Centers for Disease Control and Prevention.

Now a newly published study by a research team from the laboratory of distinguished professor Bruce Hammock, University of California, Davis, and the Department of Surgery, University of Cincinnati College of Medicine (UC CoM), has identified a key regulatory mechanism in inflammation that may lead to new targets for resolving that inflammation—and the inflammation of patients with sepsis, cancer and COVID.

In research published in the current edition of Proceedings of the National Academy of Sciences, the scientists announced that they have discovered a pathway that regulates the immune response after infection or injury, such as burns. Dysregulation of this pathway could differentiate those who are at risk of fatal sepsis or help identify targets to resolve this unregulated inflammation.

“We are very excited about the findings in this paper and the far-reaching impacts it could have on understanding a key regulatory step in the immune response,” said co-lead author and researcher Cindy McReynolds of the Hammock lab and director of research at EicOsis, a Davis-based company founded by Hammock. Hammock, the corresponding author of the publication, has been involved in enzyme research for more than 50 years.

The eight-member team, using a rodent model, found that the metabolites of linoleic acid formed by the enzyme, soluble epoxide hydrolase (sEH), drive deleterious inflammation after injury. These metabolites, known as lipid mediators, regulate inflammation, blood pressure and pain. Drugs that inhibit the sEH enzyme and resolve inflammation could lead to a better patient outcome.

“Our previous work identified that these same lipid mediators were up-regulated in severe COVID infections, and we are now finding that these compounds play a role in modulating the immune response so that the body is unable to fight infection or respond properly to trauma without leading to a potentially fatal overreaction,” said McReynolds, who holds a doctorate in pharmacology and toxicology from UC Davis.

“This dysregulation has fatal consequences in serious diseases such as COVID, cancer, sepsis, burn, where fatality rates can be as high as 40 percent in severe cases,” she said. “An understanding of these pathways can help identify patients at risk of developing serious disease or identify new therapeutic targets for treatment.”

“The immunological disbalance we see in many cases of severe burn injury, trauma and sepsis pose a huge clinical challenge as we lack the understanding of how to diagnose and treat it,” said co-lead author Dr. Christian Bergmann, formerly with UC CoM’s Department of Surgery and now headquartered in Germany with the University of Ulm’s Department of Trauma Surgery, Hand, Plastic and Reconstructive Surgery. “With this work, we reveal an important mechanism how immune cells are functionally disabled by sEH-derived metabolites of linoleic acid.”

“The natural compounds we are studying in this paper are metabolites of linoleic acid (LA), an essential fatty acid the body needs in very small amounts to survive and is only available through the diet,” McReynolds explained. “At lower concentrations, these metabolites are necessary for regulating thermogenesis and heart health but promote inflammation at higher concentrations. LA is more stable and much cheaper than longer chain polyunsaturated fatty acids, so heavily processed foods have higher LA content to increase shelf-life. Additionally, agricultural practices, such as feeding animals corn-based diets, have increased LA in meats and dairy products.”

“As a result, we are consuming the highest amount of linoleic acid and have the highest recorded concentration of LA in our fatty tissue in human history,” McReynolds said. “As our bodies respond to stress or disease, we metabolize LA into the regulatory metabolites that were monitored in this paper. At higher concentrations, the immune system was unable to properly respond to infection, thereby promoting a sustained immune response. These observations are important in inflammatory-driven diseases, such as sepsis and COVID, but could also be important in understanding many of the increased chronic diseases we are seeing in our population.”

“Chronic pain is an enormous emotional and economic burden for more than 100 million people in the United States alone,” said co-author Hammock, who holds a joint appointment with the Department of Entomology and Nematology and the UC Davis Comprehensive Cancer Center. “The extreme and poorly treated pain that I observed as a medical officer working in a burn clinic in the Army is a major driver for me to translate laboratory research to help patients with severe pain and at risk from sepsis.” Another major influence: His mother served 15 years as a nurse in a children’s hospital burn center, caring for hundreds of patients.