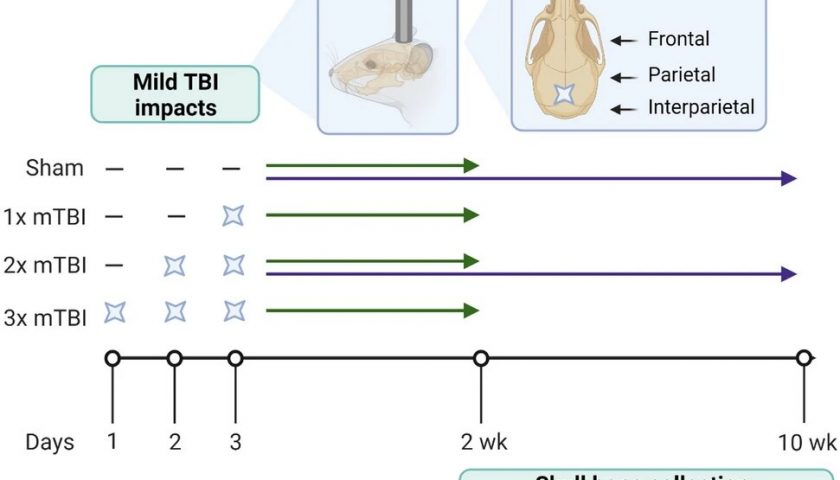 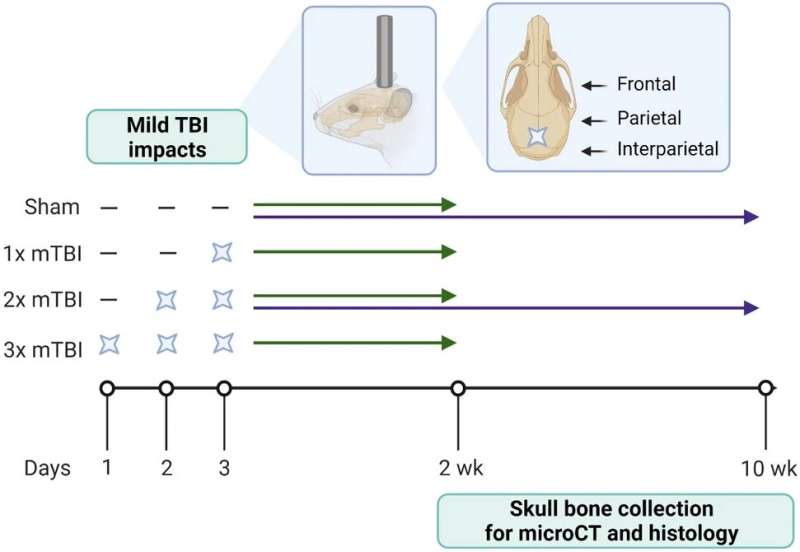 New research has found that repeated concussions can thicken the structure of skull bones. Previous studies have shown damage to the brain following concussion, but have not looked at the brain’s protective covering.

A Monash-led study published in the journal Scientific Reports by Associate Professor Bridgette Semple from the Monash University’s Central Clinical School Department of Neuroscience, found that repeated concussions resulted in thicker, denser bones in the skull.

It is unclear whether this thickening of the skull is a good thing or a bad thing. In theory, a thicker skull is a stronger skull, suggesting that this may be the bone’s attempt to protect the brain from subsequent impacts.

“This is a bit of a conundrum,” Associate Professor Semple said. “As we know, repeated concussions can have negative consequences for brain structure and function. Regardless, concussion is never a good thing.”

The team hopes that the microstructural skull alterations caused by concussion are now considered by researchers in the field to better understand how concussions affect the whole body.

Concussion is a form of mild traumatic brain injury, and repeated concussions have been linked to long-term neurological consequences.

Most studies focus on understanding how these head injuries affect the brain and its function—but they largely ignore the overlying skull bones that protect the brain.

Although bones are considered a mostly structural component of the human body, bones are in fact active living tissues that can respond to applied mechanical forces.

Study collaborator Professor Melinda Fitzgerald, from Curtin University and the Perron Institute in Western Australia, has previously shown that repeated concussive impacts lead to subtle problems with memory, and evidence of brain damage.

In this new study, high-resolution neuroimaging and tissue staining techniques were used in a pre-clinical model, and revealed an increase in bone thickness and density, in close proximity to the site of injury.

“We have been ignoring the potential influence of the skull in how concussive impacts can affect the brain,” Associate Professor Semple said. “These new findings highlight that the skull may be an important factor that affects the consequences of repeated concussions for individuals.”