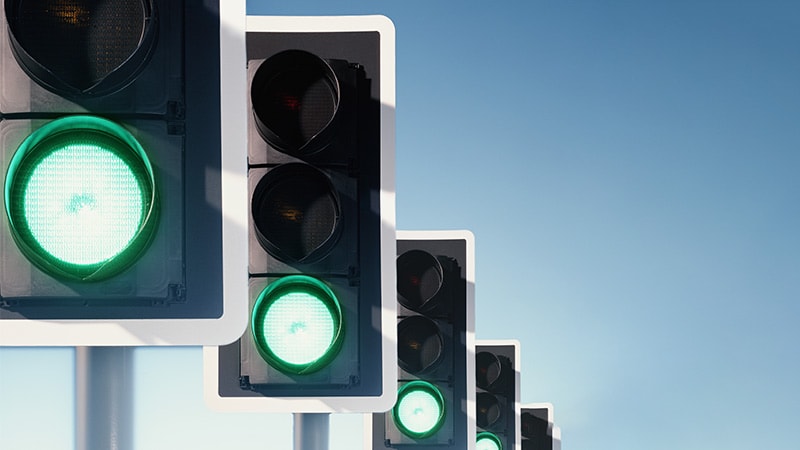 Many of the drugs that have been granted accelerated approvals do not have marked  advantages to existing therapies, and further testing of these drugs to confirm benefit is associated with financial risk for the manufacturers. This is the conclusion of two separate studies published this month in
JAMA Health Forum and Health Affairs.

At the same time, there is an ongoing debate about capping the price of these drugs while the confirmatory trials take place.

Only 40% of a set of drugs granted accelerated approvals in the United States and 39% of those given similar speedy clearances in the European Union had ‘high added’ therapeutic value, in an analysis reported by Thomas J. Hwang, MD, of Harvard Medical School and co-authors in JAMA Health Forum.

These calculations included re-evaluations of therapeutic value ratings based on post-approval evidence, the authors write.

The numbers slipped when the researchers focused only on first indications granted accelerated approval in the US or conditional marketing authorization in the EU. Then only 37.7% (23 of 61) in the US and 37.5% (21 of 56) in the EU were rated as having high therapeutic value.

And the results were even less impressive when they narrowed in on cancer indications, which dominate the accelerated approval process. For drugs with initial approvals for cancer indications, 33.3% (16 of 48) in the US had high added therapeutic value and 30.8% (12 of 39) in the EU.

The study lends support to efforts to beef up the clout of the US Food and Drug Administration (FDA) in the bargains it strikes with companies on accelerated approvals, the authors suggest.

The pharmaceutical industry argues that regulators should be willing to accept promising signals of a drug’s potential benefit in cases where there is significant unmet medical need. The FDA uses accelerated approvals to allow people access to medicines based on suggestions of benefit, such as reports of tumor shrinkage, while waiting for companies to deliver confirmatory trials proving these medicines actually extend or improve patients’ lives.

But there has been significant debate about how well the FDA’s system works to compel companies to complete this kind of research.

It appears there are conflicting views in Congress about whether to increase the  agency’s clout to compel completion of confirmatory trials following accelerated approvals.

House Energy and Commerce Chairman Frank Pallone Jr (D-NJ) has been pressing to use a pending reauthorization of the Prescription Drug User Fee Act (PDUFA) as a vehicle to speed work on confirmatory trials. Congress faces a September 30 deadline to reauthorize this law, which in general has broad bipartisan support.

Making a separate case for beefed-up FDA enforcement power on confirmatory trials is another study, published August 17 in Health Affairs, which concludes that under current federal rules, drugmakers appear to have little to no gain — and much to lose — for completing confirmatory trial on drugs with accelerated approval.

It was conducted by two researchers who served as top health policy experts in the Obama administration. Richard Frank, PhD, of the Brookings Institution, served as assistant secretary for planning and evaluation in the Department of Health and Human Services, and Ezekiel J. Emanuel, MD, of the University of Pennsylvania, was a special advisor on health policy. They are joined by a third co-author, Mahnum Shahzad, who is a PhD candidate in health policy at Harvard University.

The study focused on 16 drugs, of which 15 were cancer medicines. All of these drugs were covered under Medicare Part B. The medicines tended to be costly from the get-go.

“A failed trial results in possible lost revenues from the withdrawal of an indication and a price reduction that extends to the sales of the remaining approved indications,” the authors comment. “Thus, pharmaceutical manufacturers face the costs of conducting the confirmatory trials, no positive reward for success, and two financial penalties from a failed trial.”

So they suggest that it’s time to change the rules to address the current “failure of the market to reward reduced uncertainty about a cancer drug’s true benefits.”

“This inefficiency would be mitigated if major payers such as Medicare built price schedules that directly rewarded completion of confirmatory trials,” they write. “More completed trials would ensure that patients are receiving truly effective chemotherapies and not suffering the adverse effects of drugs that are ultimately not effective.”

They suggest Congress could introduce “an economic incentive” adjusting administered prices under Medicare’s Part B program “according to whether a confirmatory trial has been successfully completed.”

“Alternatively, Congress could establish performance standards for the FDA to enforce agreements to complete confirmatory trials in a timely fashion,” Frank, Shahzad and Emanuel write. Such performance metrics could be incorporated into the PDUFA reauthorization, they add.

Battles Over Evidence of Benefit?

There is near universal support for having pathways to speed promising medicines to patients facing serious and life-threatening illness.

But there’s also a recognition that patients take on risk with drugs cleared under these pathways, accepting unproven medicines that may ultimately prove to have put them at risk for complications without much chance of extending or improving their lives.

Under the suggestion offered by MedPAC, Medicare could instead opt for a policy of coverage with evidence development (CED) in these cases. MedPAC also suggested that Medicare could take a second step of setting a cap on payment rates for these drugs based on information about the new product’s estimated net clinical benefit and cost compared with the standard of care.

“This approach would prevent a manufacturer from setting a high price for a new product with little or no evidence that it is more effective than existing standards of care,” MedPAC said.

The Medicaid and CHIP Payment and Access Commission (MACPAC) last year urged Congress to create an incentive for drugmakers to complete trials of medicines cleared with accelerated approvals.

The state of Oregon is making a bid for permission to limit the coverage of drugs in its Medicaid program that have been approved through the accelerated pathway. The state included this request in a wide-ranging proposed update of its Medicaid rules.

In this filing, known as an 1115 waiver renewal, Oregon officials noted that confirmatory trials following accelerated approvals “are often delayed or inadequate, or they conclude without a demonstration of effectiveness.” So Oregon is seeking to “avoid spending on high-cost drugs marketed to treat conditions that have yet to demonstrate a clinical benefit despite ample time to do so,” state officials said in the application.

Thus, Oregon wants to develop “its own rigorous review process” to determine coverage of these drugs. This approach would incentivize companies to complete their regulatory obligations to demonstrate clinical benefit as laid out by the FDA upon approval, state officials said.

The Centers for Medicare & Medicaid Services (CMS) has extended its review of Oregon’s current update to its Medicaid plan. In a June letter posted on the CMS website, the agency says this extension is intended to provide time to “continue negotiations” about the state’s plan, but it doesn’t specify which section of the wide-ranging Medicaid update proposal triggered the need for an extension.

Groups including the Pharmaceutical Research and Manufacturers of America (PhRMA) and the American Cancer Society Cancer Action Network (ACS CAN) objected to this proposal. They cited concerns about the intent to limit coverage of drugs cleared by accelerated approvals and the limited information Oregon provided about its plans to set up a system to decide which drugs merit coverage.

“If policymakers wish to change the process or rules around accelerated approval drugs, federal legislation is the appropriate venue to do so — particularly if the goal genuinely is to encourage manufacturers to meet their clinical trial timelines,” wrote Lisa A. Lacasse, MBA, president of ACS CAN in an April comment on the Oregon waiver.

The authors of the JAMA Health Forum study reported no relevant financial relationships. The study was supported by the Kaiser Permanente Institute for Health Policy, and Swiss grants. One of the authors had support from Arnold Ventures.

The authors of the Health Affairs study also had support from Arnold Ventures. Frank serves as a consultant to Greylock MacKinnon Associates and received funding from several funds. Emanuel reports relationships with several organizations, as listed on the in the original article.

Kerry Dooley Young is a freelance journalist based in Miami Beach, Florida. She is the core topic leader on patient safety issues for the Association of Health Care Journalists. Follow her on Twitter at @kdooleyyoung.