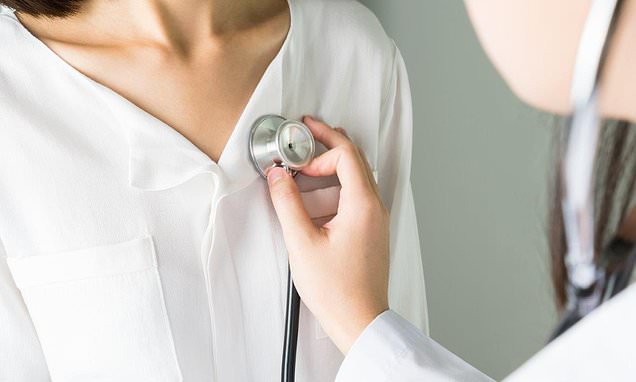 Adults should have their cholesterol levels checked at 25 to help them avoid heart attacks or strokes when they get older, researchers claim.

The NHS currently offers cholesterol tests as part of the NHS Health Check from the age of 40.

But a study which tracked 400,000 people over four decades suggests knowing levels at an earlier age would have an even greater benefit.

Scientists found cutting cholesterol at a younger age – when patients are in their 30s – cuts the risk of heart disease by up to three quarters.

Screening adults for their cholesterol in patients in their mid-20s and 30s would let them ‘do something against the risk’, the team said.

And they argued even people with healthy lifestyles could benefit from knowing because they may be genetically at risk.

The findings, which have been published in prestigious medical journal The Lancet, add fuel to the pro-statins argument.

Doctors and scientists have for years been bitterly divided over the dangers of cholesterol and the benefits of pills designed to lower it. 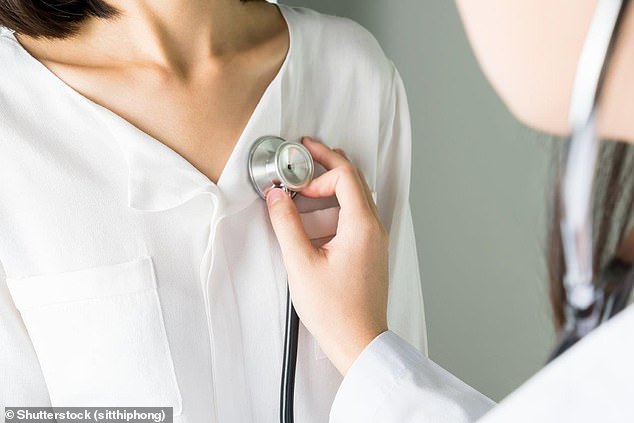 Researchers from Germany and Queen’s University Belfast looked at cholesterol and heart data for a total of 398,846 people in the study.

During the study, which covered a massive 43 years, there were 54,542 fatal or non-fatal cases of heart disease and stroke.

And the long-term data gave the researchers an idea of how high cholesterol could affect someone’s health over multiple decades.

‘You should at least put into the guidelines that LDL and non-HDL cholesterol determination should be an obligation.

‘You should determine your cholesterol at the very young age. You need to enable these younger individuals to do something against the risk.

‘The second message is that you need to show these young people their potential risk.’

The researchers measured what is called ‘non-HDL cholesterol’, which is considered ‘bad’.

WHAT IS HIGH CHOLESTEROL?

Cholesterol is a fatty substance that is vital for the normal functioning of the body.

But too much can cause it to build up in the arteries, restricting blood flow to the heart, brain and rest of the body.

This raises the risk of angina, heart attacks, stroke and blood clots.

Cholesterol is made in the liver and is carried in the blood by proteins.

The first – high-density lipoprotein (HDL) – carries cholesterol from cells to the liver where it is broken down or passed as waste. This is ‘good cholesterol’.

High cholesterol can be genetic but it is also linked to a diet rich in saturated fat, as well as smoking, diabetes, high blood pressure and a family history of stroke or heart disease.

Blood cholesterol is measured in units called millimoles per litre of blood, often shortened to mmol/L.

Cholesterol can be lowered by eating a healthy, low-fat diet; not smoking; and exercising regularly.

If these do not help, cholesterol-lowering medication like statins may be prescribed.

Women under 45 with moderate levels (3.7-4.8 mmol/litre) and two heart risk factors (such as smoking and obesity) had a 16 per cent of having heart disease by 75.

For women aged 60 or over with the same characteristics, the estimated risk was 12 per cent.

And for men with the same characteristics, the estimated risk for those aged under 45 was 29 per cent. It was 21 per cent for those aged 60 or older.

Heart disease risk was smallest for those with the lowest non-HDL levels – below 2.6 mmol non-HDL cholesterol per litre.

Scientists calculated risk could be reduced from 16 to 4 per cent in women younger than 45 who cut their cholesterol earlier in life.

In men the risk may decrease from 29 to 6 per cent. Similar findings were made in people aged 60 or older – who face a greater risk due to their age.

The authors used data from people from 38 studies from Europe, Australia and North America who had no cardiovascular disease at the start of the study.

They then used this data to estimate the probability of a cardiovascular event – such as heart failure, cardiac arrest or stroke – by the age of 75 years.

Volunteers were aged 35 to 70 and had their sex, cholesterol level and age taken into account, as well as smoking status and diabetes.

Scientists say a higher risk of heart disease in younger people could be due to the longer exposure to harmful lipids in the blood.

He added: ‘This large study again emphasises the importance of cholesterol as a major risk factor for heart attacks and stroke.’

Taking measures at a much earlier stage to lower cholesterol may have a substantial benefit in reducing their lifelong risk, Professor Samani said.

The research adds weight in favour of people taking statins to lower cholesterol, a view which some researchers are sceptical of.

Statins work by slowing down the liver’s production of bad cholesterol, which is known to contribute to the stiffening and narrowing of arteries.

But many patients complains of muscle pain on statins – and some patients give up on the drugs, which cost just pennies to make.

Co-author Professor Frank Kee, of Queens University Belfast, said statins are not the right approach for everyone.

He added that diet, exercise and weight loss should also be attempted to lower cholesterol levels.

A group of 20 leading health professionals called for an independent review of the ‘overhyped’ drugs earlier this year.

The medics, among them NHS doctors and medical unions, said they were sceptical about statins’ benefits because of a ‘shocking lack of transparency’ in trial results.

A statin supporter argues the drugs save lives and have ‘huge amounts of in-depth research’ backing them up.

Currently people are given statins based on their risk of developing heart disease in the next 10 years. Millions of people in the UK and US take the drugs.

Researcher Fabian Brunner, also from Hamburg, used the findings to calculate his own risk.

This would give him a 19 per cent chance of suffering a heart attack or stroke by the age of 75.

If he cut his cholesterol by half his risk would fall by nearly a quarter to 12.7 per cent.

‘In terms of primary prevention it is of capital importance to know your non-HDL blood level,’ Mr Brunner said.

‘I myself will, first of all, follow-up whether or not I can lower my non-HDL due to lifestyle modifications.

‘If not, I will definitely think about statin intake to prevent future cardiovascular events.

‘However, I’m aware that evidence about the long-term intake of statins – for me it would be 40-50 years! – and potential side-effects are sparse.’