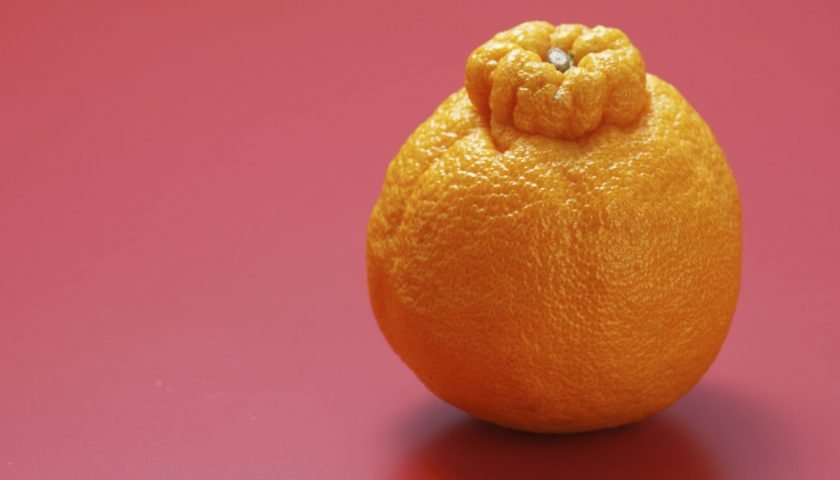 If you feel like you’re the only person in your life who’s never had a sumo orange (there’s a good chance you might be, TBH), don’t worry, you’re about to get THE lowdown on the fruit that’s earned itself a celebrity-like following on Instagram.

Guaranteed, next time someone starts waxing poetic about the magical powers possessed by this lumpy orange, you’ll be in the know.

What is a sumo orange?

Sumo oranges are also known as dekopon oranges, and they’re a hybrid citrus fruit that’s a cross between a mandarin and a California naval orange. Apparently, they’ve been grown and eaten in Japan since the 1970s, says Kelli McGrane, RD for Lose It!—but farmers in California started growing them in 2011.

Sumo Citrus is known for being easy to peel (seen above ?) with NO mess – meaning you can eat it anywhere! Where do you love to snack on Sumo Citrus?! ?#showusyoursumo #sumocitrus #cleaneating

That’s also when growers in the U.S. trademarked the name “sumo.” Why? Well, sumo oranges are giant, have a “topknot bun” where the average orange’s navel would be, and are from Japan—so yeah, the nickname kinda fits.

Gotcha. But how is it different from any other orange?

“Due to the mixture of mandarin and California oranges, sumo oranges are easy to peel, seedless, and known for being super-juicy and sweet,” says McGrane. Plus, they’re HUGE—about the size of a softball.

Unlike other oranges, the sumo orange’s thick skin isn’t tightly bonded to the fruit inside, which makes it so simple and satisfying to peel. But…that’s not why the citrus has become so #famous lately.

That would be because Eva Chen, the director of fashion partnerships at Instagram (who just happens to have 1.1 million Instagram followers), posted about how much she loves sumo oranges—and their popularity has been on an upward trajectory ever since.

First time in a while with REAL FRUIT in my #evachenpose!! Ever since sumo oranges have been out of season I’ve been at a citrus loss… recently discovered Oro Blanco grapefruit and omg it’s very good!!!

First time in a while with REAL FRUIT in my #evachenpose!! Ever since sumo oranges have been out of season I’ve been at a citrus loss… recently discovered Oro Blanco grapefruit and omg it’s very good!!!

This easy-to-remove peel does come with a downside, says McGrane: Sumos are delicate and can bruise easily. For this reason, sumos require a ton of attention while they grow (it takes a whopping four years for a tree to even start producing sumo oranges, according to the Sumo Citrus website).

Sumo oranges are also pricier than other citrus varieties because they’re only in season from January to April, which is a shorter span than most other oranges.

Noted. Anything specific I should know about the nutrition stats for sumo citruses?

Looking for some fun ways to enjoy the fruit? McGrane recommends pairing one with a protein-rich food for a snack (a cheese stick or a small handful of nuts are great). Or you can add a few slices to a salad for a light lunch or dinner and save the rest of the fruit for another time (sumo oranges keep for one to two weeks and longer if refrigerated).