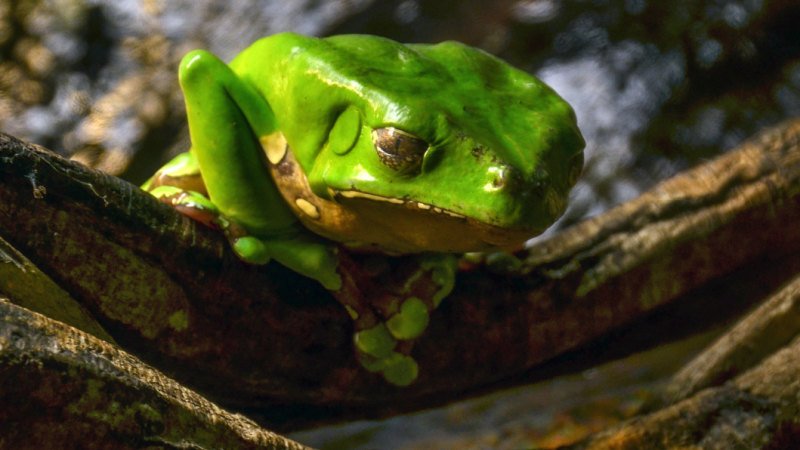 Doctors fear people with mental illnesses are increasingly turning to alternative treatments and medications and could be putting their health at serious risk.

In March one such therapy, kambo, made headlines for all the wrong reasons. 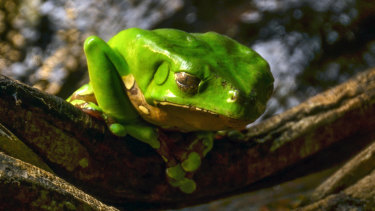 Kambo, a poisonous substance secreted from the skin of an Amazonian tree frog, is applied to open burn wounds in secretive group or individual ceremonies.

Participants vomit and sweat; some empty their bowels. They are advised to bring their own buckets.

Adherents believe the frog toxin is an effective treatment for anxiety, depression and other illnesses, but it is also believed to have led to the death of a NSW practitioner in March.

The Royal Australian and New Zealand College of Psychiatrists says it simply does not know how many people are using alternative methods to seek relief from mental illness.

But president Kym Jenkins told The Age "there is no doubt" people are bypassing medication, and proven methods such as cognitive behavioural therapy, for alternative treatments.

Cautioning that every person and every illness is different, Dr Jenkins said: "people with mental illness are a more vulnerable group anyway for a variety of reasons.

"If you're feeling very anxious or very depressed … you're automatically more vulnerable and you could be more susceptible to people advertising or marketing a quick fix. I do have concerns that people can be preyed upon when they are more vulnerable."

She encouraged people to tell their GP, counsellor, psychologist or psychiatrist about their spiritual and cultural beliefs and traditions, so medical staff can work alongside them. 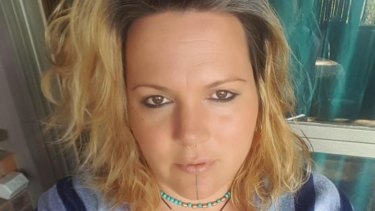 Natasha Lechner, 39, died at a house in Mullumbimby on March 8. NSW Police are investigating reports she had participated in a “kambo ceremony”.

University of Queensland professor of psychiatry Steve Kiseley said people had always sought "easy answers". Despite there being no hard data on the number of people turning to alternative therapies, Professor Kiseley said the internet, and social media, enhanced people's opportunities to come across people selling questionable therapies.

He identified St John's Wort, which has been shown in randomised drug trials to be effective at treating mild to moderate depression. However, St John's Wort interacts with prescribed medications, and can have negative side effects or negate other medications.

While complementary therapies, including yoga, meditation, massage and imagery can help people at the lower end of the continuum of mental illness, Professor Kiseley cautioned people to seek medical advice, so more serious problems such as psychosis could be ruled out.

The Australian Medical Association says the use of complementary medicines, including homeopathic formulations, supplements, Chinese and ayurvedic medicines, and therapies – including acupuncture, meditation and naturopathy, is "considerable and increasing".

"There is limited efficacy evidence regarding most complementary medicine and some have the potential to cause adverse reactions or interact with conventional medicine," the association says.

"Unproven complementary medicines and therapies can also pose a risk to patient health either directly through misuse or indirectly if a patient defers seeking medical advice."

Victorian health complaints commissioner Karen Cusack told The Age the most common complaints that came before her office related to treatment, access to services and medications.

After the death of Natasha Lechner, 39, who died at a house in Mullumbimby on March 8 after a kambo ceremony, Ms Cusack slapped a ban on a South Australian couple who have been conducting kambo circles in Melbourne.

Brad Williams and Carlie Angel, operating under the trading name Two Wolves – One Body, had operated kambo circles in Victoria and interstate.

But the couple are also promoting rapè (pronounced rap-eh), which they describe as "a shamanic snuff that is administered either to oneself or to another by blowing the fine powder up the nostrils".

Ms Angel, who describes herself as an accredited "Divine Source Enhancement Healing practitioner", declined to comment when contacted by The Age.

Others continue to advertise kambo online, including several in Melbourne, who declined to comment when contacted by The Age.

Mental Health Minister Martin Foley said the state government had invested a record $705 million for mental health services, and $259.9 million for state-funded alcohol and drug treatment services, in the 2018-19 budget.

“We've cracked down on dodgy providers to ensure desperate families and vulnerable people don't get ripped off, or have their loved ones access dangerous and unsafe treatment," Mr Foley said.

"We're working with the health complaints commissioner to achieve this and have recently added additional supports to step up monitoring and investigations."

The royal commission into Victoria's mental health system has invited submissions, ahead of hearings later this year.