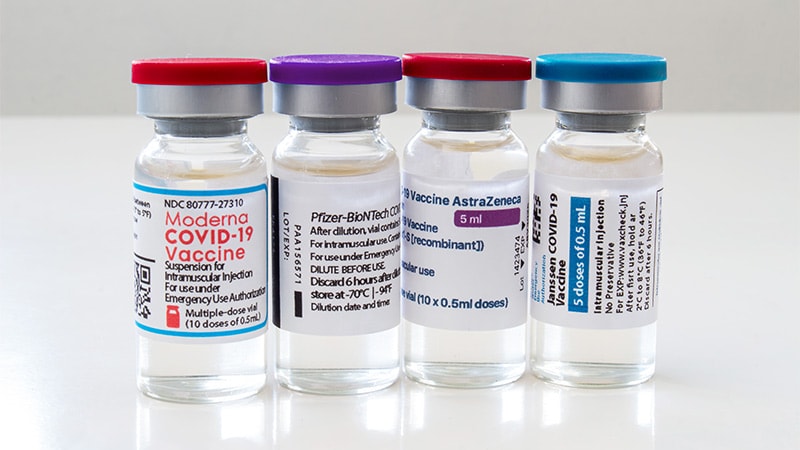 In February, the editor-in-chief of Food and Chemical Toxicology published an editorial calling for “Papers on potential toxic effects of COVID-19 vaccines.” Following this call, in April 2022, the journal – no stranger to Retraction Watch readers – published an article titled “Innate immune suppression by SARS-CoV-2 mRNA vaccinations: The role of G-quadruplexes, exosomes, and MicroRNAs.”

At more than 16,000 words and more than 200 references, the article was submitted on February 9th and accepted on April 8th. It claims that “billions of lives are potentially at risk” with Covid-19 vaccines.

Such an important statement should be supported by facts. But this is not at all the case. And yet the paper has been shared more than 45,000 times on social media, in ways that decrease trust in science and the COVID-19 vaccine, despite the robust evidence that it is both safe and efficient.

We submitted a letter to the editor to highlight major flaws and obvious shortcomings in the article including several misunderstandings of the provided bibliography. In this letter, preprinted on OSF, we asked for the retraction of the article and thoroughly detailed all of the issues we found in the paper which, combined, severely undermine the authors’ conclusions.

Our letter consists of a table collecting several instances where the authors misused previous literature as well as an explanation of why their claims based on the reference they used were wrong. For instance, the authors argue, against all available evidence, that the vaccination “induces a profound impairment of Type I interferon signaling which has various adverse consequences to human health.” They further rely on the Vaccine Adverse Event Reporting System (VAERS), which cannot establish causation and is comprised of self-reports, not checked for accuracy.

This letter was read by four reviewers whose names were unknown to us. Three initially recommended against publishing it. Reviewer 1 argued there was no reason for retraction because “there is no evidence of scientific fraud that justifies the demand for retraction of the original submission.” They also claimed that “The main focus of their allegation is based on the size of the review article and the average time period for a journal to evaluate a submission for publication.”

Reviewer 2 initially stated that “the authors point out some issues which are relevant,” but did not think the paper should be retracted. They found our letter “somewhat offensive.” No need for the original paper to be somewhat accurate, this reviewer argued, since “This is a review, so conjecture is allowed, if dis-proven it is fine.” They went on: “I recognize some are using this to feed falsehoods in social media, but that’s not the responsibility of FCT [the publishing journal] to monitor.”

Reviewer 3 made more constructive remarks and gave us feedback for the letter to be published. They advised us to soften our overall tone.

Reviewer 4 made some astonishing claims such as “the letter starts with some statements concerning the reviewing process (lengths of the manuscript, duration of the evaluation period) which are largely irrelevant (as they are not directly related to mistakes in the article).” Reviewer 4 further directly states that the editor had reasons to want the Seneff et al. article published fast. Reading this, one could wonder what the peer-reviewing process is made for if not detecting mistakes in the manuscript.

They questioned our experience and previous work, going even as far as to check our resumés: “None of the authors of the LTE [letter to the editor] is obviously experienced in editing top quality scientific journals” and “In this context it is notable that I noticed that the first author of the LTE has published only two full length articles in international scientific journals which concern immune response towards mRNA and other vaccines (as well as several short letters, editorial remarks, and a review). Also other coauthors seem to have only limited experience in the area.”

We found the inclusion of those comments – which presumably had been read by the editor in chief – unacceptable. The merits of a submission should stand on their own, regardless of the expertise of the authors. We found it particularly ironic, given that no such background check seems to have been done on the authors of the original paper. Indeed, the authors of the original article are a computer scientist who often publishes controversial papers in low-impact journals on biology and medical topics, a naturopath, a microbiologist, and a cardiologist. Our team includes two oncologists who would appear to be particularly relevant considering the original claims that “there will be billions of cancers due to Covid-19 vaccines.”

The editor in chief suggested we revise our letter to take their comments into account. Despite removing our comment on what we found to be a surprisingly short time between the call for papers and the submission of the manuscript, Reviewer 2 still saw this as a reason to reject our letter at round 2, raising concerns on whether our revision had been considered. Reviewer 2 also stood their ground and said the letter should be rejected despite the fact that we had softened our demand for retraction to a suggestion.

And Reviewer 4, despite acknowledging that we “inserted some corrections in the revised version which [they] suggested,” recommended our letter to be rejected because the table analyzing the bibliographics errors of the original manuscripts did not seem clear to them.

Our letter was then, unsurprisingly, rejected by the editor in chief of Food and Chemical Toxicology. So its influence continues to spread, even mentioned by Fox News host Tucker Carlson to argue – inaccurately – that the vaccine can harm your immune system.

Let us be clear: misunderstanding and misusing the literature, making unsupported claims, and distorting facts is not opening a scientific debate. We will not give up, and we will find other ways of publishing our retraction demand.

Jérôme Barriere is a medical oncologist at Polyclinique Saint-Jean in Cagnes-sur-Mer, France. Fabrice Frank, Alexander Samuel, and Eric Billy are independent researchers. Lonni Besançon is a postdoctoral fellow at Linköping University, Véronique Saada is a pharmacist at the Gustave Roussy Anticancer Center in Villejuif, France, Barbara Seitz-Polski is an immunologist at the Centre Hospitalier Universitaire (CHU) Nice, and Jacques Robert is a professor emeritus of oncology at Université de Bordeaux.