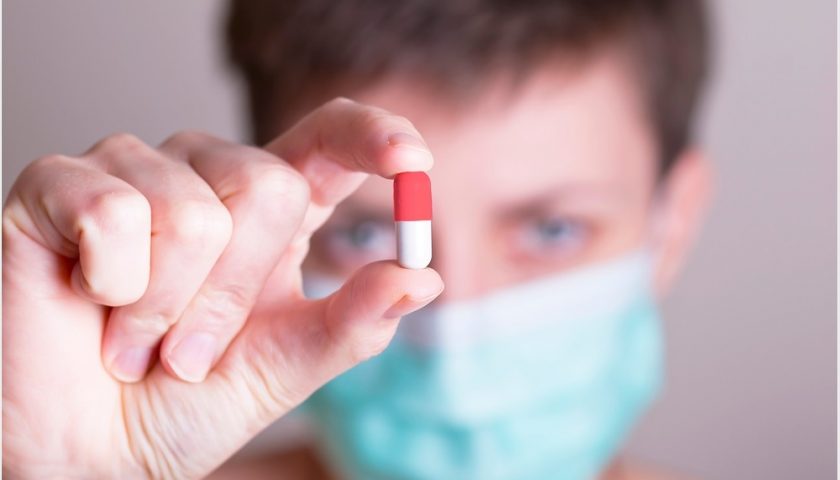 Effective and safe vaccines have been developed against the severe acute respiratory syndrome coronavirus 2 (SARS-CoV-2); however, vaccine hesitancy coupled with pre-existing immunocompromised conditions have left many people unprotected by vaccination and vulnerable to infection. As there remains a lack of available therapeutics to treat SARS-CoV-2 infection, is an urgent need to develop oral therapies to help prevent the progression of the coronavirus disease 2019 (COVID-19) to severe or critical disease, or death, and reduce the period of infectivity.

A new Science journal study describes a new small molecule compound that has shown impressive safety, tolerability, and bioavailability against SARS-CoV-2. Further studies will be required to confirm these results in large clinical trials. 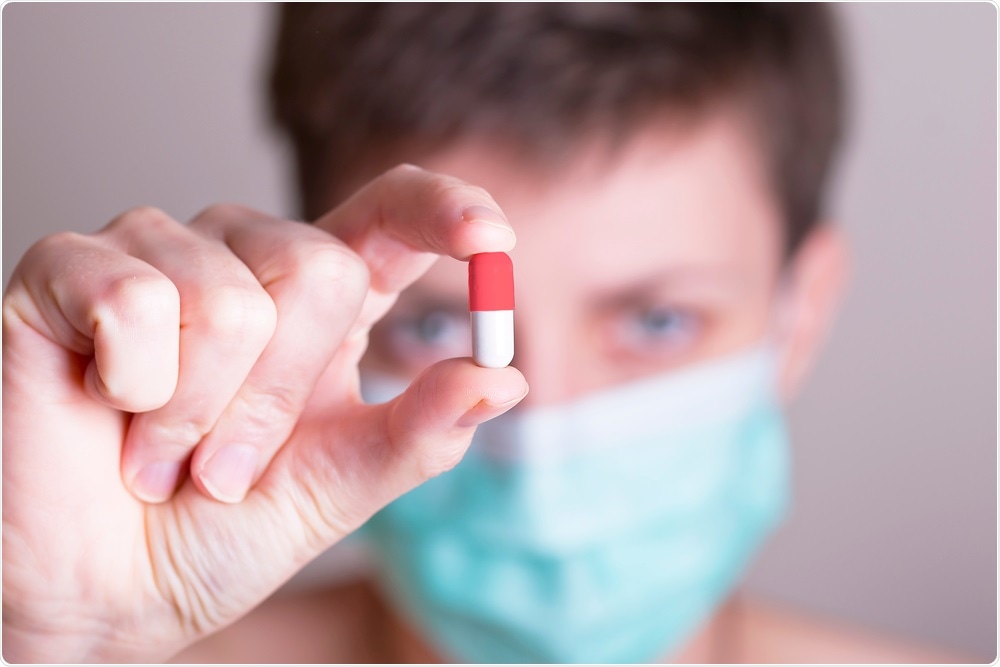 Several pathogenic coronaviruses have emerged over the past several decades including 229E, NL63, OC43, and HKU1 (the human endemic seasonal coronaviruses), as well as SARS-CoV and the Middle East respiratory syndrome coronaviruses (MERS-CoV). Taken together, these viruses have caused hundreds of millions of documented infections, with the latest SARS-CoV-2 pandemic costing over five million lives worldwide.

Some promising therapeutic leads have come from inhibitors of viral ribonucleic acid (RNA)-dependent RNA polymerase inhibitors, which are undergoing clinical trials. Additionally, the repurposing of small molecules with activity against SARS-CoV-2 from among already approved drugs has also yielded encouraging results.

The SARS-CoV-2 genome encodes two polyproteins that are cleaved into several structural, non-structural, and accessory proteins. This cleavage is achieved by the main protease Mpro (or 3CLprotease), acting at 11 sites.

Viral protease inhibitors are being tested in the treatment of human immunodeficiency (HIV) and hepatitis C (HCV) viruses, thus lending impetus to the current study into small molecule SARS-CoV-2 Mpro inhibitors. The molecule in question is PF-07321332, a designer Mpro inhibitor.

PF-00835231 is a potent inhibitor of SARS-CoV and SARS-CoV-2 Mpro, since both have identical substrate binding sites. This drug has also shown a potent cytopathic effect (CPE) with a half-maximal effective concentration (EC50) of 231 nanomolar (nM).

PF-00835231 is poorly absorbed orally in animals. The researchers, therefore, removed the hydrogen bond donor (HBD) of the P1’ α-hydroxymethyl ketone functional group to improve oral bioavailability. Instead, they inserted two groups that act as covalent warheads for cysteine proteases.

The first functional group consists of nitriles and the second, benzothiazol-2-yl ketones. The addition of nitriles resulted in compound 2, with higher oral absorption (38% of the oral dose), with 7.6% of the compound being orally bioavailable. It remained stable to metabolism by oxidative groups within the liver microsomes.

Conversely, the new agent was less potent against Mpro and showed less SARS-CoV-2 antiviral activity (EC50 = 1,364 nM). Modification of the scaffold, followed by the introduction of the P1’ nitrile to this scaffold, led to the identification of the clinical candidate PF-07321332.

PF-07321332 has high potency against SARS-CoV-2 Mpro and higher antiviral activity with an EC50 of 74.5 nM. It forms a reversible covalent bond with the catalytic dyad. This compound was superior in terms of the ease with which it could be scaled up, with higher solubility allowing for simpler formulations and lower epimer formation at the P1 stereocenter.

The compound in the current study showed high inhibition against the Mpro of the beta-coronaviruses including SARS-CoV-2, SARS-CoV-1, HKU1, OC43, and MERS, as well as alpha-coronaviruses like 229E and NL63. Notably, this compound spared several mammalian cysteine proteases such as caspase 2, cathepsin B, cathepsin L.

In cell assays using ACE2-expressing human adenocarcinoma-derived alveolar basal epithelial (A549) cells, PF-07321332 inhibited the replication of SARS-CoV-2, with EC50 and EC90 being 789 nM and 215 nM, respectively. No cytotoxic effects were observed.

With differentiated normal human bronchial epithelial (dNHBE) cells, the EC50 and EC90 values were 62 nM and 181 nM, respectively. A broader effect was also seen with inhibition of SARS-CoV-1, MERS-CoV, and 229E.

In vivo inhibitory potency was tested in mice that were given two dosages of PF-07321332 including both 300 mg/kg and 1000 mg/kg doses. At four days from infection, obvious signs of lung infection were seen, with high viral loads in the controls. Although the infections were not abolished, they were markedly reduced in the treated groups.

At the higher dosage, the minimum plasma concentration was maintained at four times the EC90 value, thus indicating that the in vitro antiviral potency of inhibition is maintained in mice in vivo at similar concentrations, which simulates the target clinical concentration.

Using the N protein antibody to detect the viral antigen load in the lungs, the researchers found that viral replication was inhibited in proportion to the dosage. Control mice had signs of inflammation, epithelial damage or necrosis, debris in the airway lumen, and alveolar septal thickening in a multifocal distribution. All of these symptoms were markedly reduced in the PF-07321332-treated mice.

The scientists found that PF-07321332 is metabolized mainly by CYP3A4. Therefore, the combined use of ritonavir, a CYP3A4 inactivator, could boost its therapeutic concentration. PF-07321332 is also devoid of off-target effects, as shown on testing against multiple G-protein-coupled receptors, kinases, and other important enzymes. This compound also does not affect cardiac ionic transport channels and is not associated with mutagenesis.

Toxicity studies at up to 270-fold and 65-fold for unbound and mean concentrations in plasma in rats, respectively and up to 500-fold and 245-fold, respectively, in monkeys, showed high tolerability with no observable adverse effects.

At present, a safety/tolerability/pharmacokinetics study is being done for PF-07321332 either alone or as a cocktail with ritonavir in a randomized, double-blind, placebo-controlled study. Its efficacy will be measured with a twice-daily dosing protocol that assesses the comparative efficacy of increased dosage of PF-07321332 alone, or the use of the combination at lower doses.

Dr. Liji Thomas is an OB-GYN, who graduated from the Government Medical College, University of Calicut, Kerala, in 2001. Liji practiced as a full-time consultant in obstetrics/gynecology in a private hospital for a few years following her graduation. She has counseled hundreds of patients facing issues from pregnancy-related problems and infertility, and has been in charge of over 2,000 deliveries, striving always to achieve a normal delivery rather than operative.