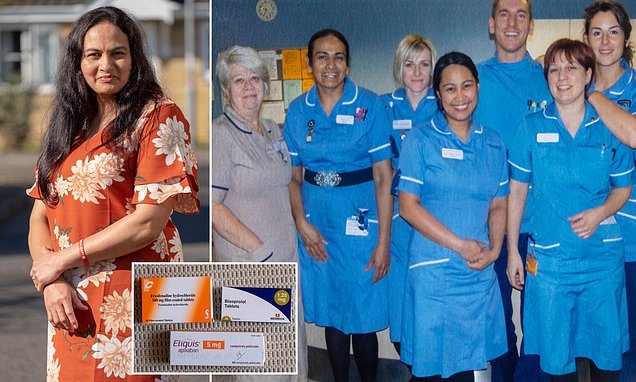 Heart of gold! Nurse, 51, left ‘suicidal’ and in agony because she’s allergic to her own PACEMAKER is told she needs one made of the precious metal

A nurse has been told she needs a pacemaker made of gold because she is allergic to her current one.

Chandra Taylor was given the life-saving device after being diagnosed with a heart rhythm disorder last year.

The 51-year-old claims she told medics about her allergy to many metals – but was reassured that a titanium-coated one would be fine.

However, Ms Taylor – who develops a rash when she wears metal earrings – suffered a rare reaction to the device which keeps her alive by ensuring it keeps beating.

She said: ‘They said the only option is to have a gold-plated pacemaker but most companies they don’t make them now.’ 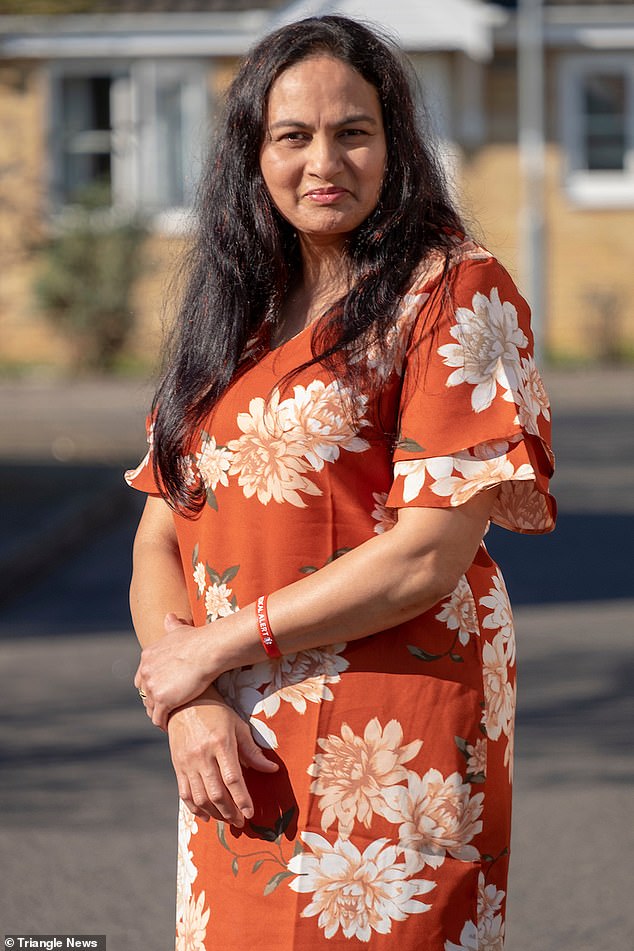 But Ms Taylor, from Rackheath, near Norwich, added: ‘There’s little demand for it so most places don’t do it.

‘I think the trust went back to to the same company and asked them to make one for me, and they said yes but then they said they can’t do it.

‘So now they are searching for alternatives. I really want a gold one as that’s what the doctors were looking for.’

Ms Taylor has given up her job as a stroke nurse at Norfolk and Norwich University Hospital because she is unable to work.

Ms Taylor, a nurse for 20 years who has sick sinus syndrome, almost collapsed on a night shift at the hospital after her heart rate became irregular.

She was discharged from A&E but just days later she was left screaming in pain and bed-bound at home due to the mystery allergy.

Ms Taylor said: ‘For the first few days, I was just in constant pain, it was so extreme. I literally couldn’t get out of my bed and it took three friends to help me out.

‘It was like I had a fever, I was so disorientated I was screaming at my friends, I didn’t know what was going on.’ 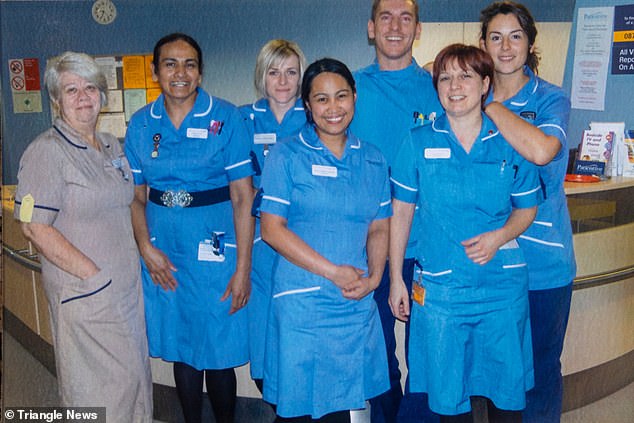 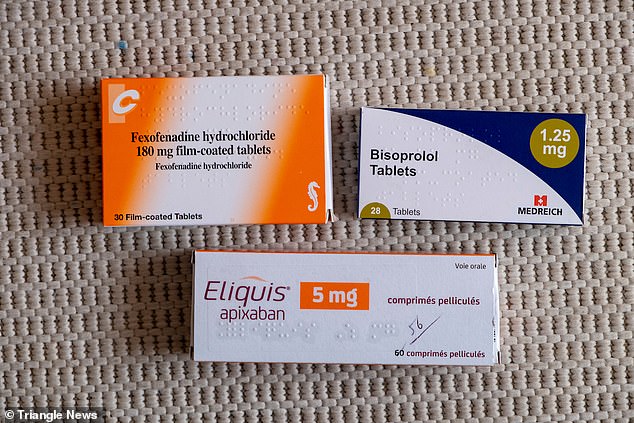 However, Ms Taylor became one of only a handful of people worldwide to suffer a rare reaction to the device keeping her alive (pictured, her heart medication)

HOW DOES A PACEMAKER WORK?

A pacemaker is a small device about the size of a matchbox or smaller that weighs 20 to 50g.

It consists of a pulse generator, which has a battery and a tiny computer circuit, and 1 or more wires known as pacing leads, which attach to your heart.

Almost all modern pacemakers work on demand. This means they can be programmed to adjust the discharge rate in response to your body’s needs.

If the pacemaker senses that your heart has missed a beat or is beating too slowly, it sends signals at a steady rate.

If it senses that your heart is beating normally by itself, it doesn’t send out any signals.

Most pacemakers have a special sensor that recognises body movement or your breathing rate.

This allows them to speed up the discharge rate when you’re active. Doctors describe this as rate responsive.

A week after the operation, Ms Taylor’s symptoms became more severe as the left side of body began to swell.

She said: ‘I couldn’t move my neck to the left and my ankle became very stiff and swollen.

‘I was completely covered by a red rash on the side of my body. The pain was so extreme, I just wanted to kill myself.’

Exhaustive testing at the hospital failed to uncover a physical explanation for her symptoms.

On two separate occasions, her GP sent her to hospital in an ambulance as he thought she may be having a heart attack or stroke.

But it took months for medics to establish the truth – that, ironically, she is allergic to the device that helps keep her alive.

Ms Taylor’s friends began to stay overnight over fears she may commit suicide. She said: ‘I was so active before this happened.

‘I was working full time and I’d often do extra shifts at the hospital.

‘And I liked my exercise, I would jog six miles in the evening and going for walks everyday when I was free.

‘Then all of a sudden, I couldn’t do any of it. It was like the clock had stopped for me.

She added: ‘I told the nurse that I’m allergic to all metal and that even if I wear a tiny pair of earrings, I develop a rash and my skin starts burning.

‘So he phoned the surgeon and he said he’d never ever seen any patient have a reaction to their pacemaker.

‘I asked him to ring back and tell him I’m still worried but the surgeon was certain we wouldn’t have any trouble.’

But after the nurse took matters into her own hands, it was discovered that she was allergic to her own pacemaker.

Ms Taylor added: ‘I begged my doctor to give me a prescription for antihistamines for two weeks.

‘Nobody else was listening to me or believed that I could be allergic to my pacemaker. But he agreed as nothing else was working.

‘I took my first tablet at 10am and by 6pm, my swelling was down and the pain was down. It was about 75 per cent better but the symptoms were still there.’

Ms Taylor has been told by Norfolk and Norwich University Hospital Trust that they cannot source a gold-coated pacemaker.

It is estimated that fitting a gold-coated pacemaker would cost around £5,500 while the average procedure just costs over £4,000.

Instead, she may have to accept one which is made of titanium but covered in parylene, a type of plastic. But she is not confident it will work.

Thousands of patients have pacemakers fitted every year.

She said: ‘It’s more common that more people will develop an infection from having it implanted.’

Norwich and Norfolk University Hospitals Trust has now apologised to Ms Taylor over the error.

A spokesman said: ‘We’d like to apologise to Chandra for the complications she’s had following her pacemaker implant.

‘A procedure to implant a new parylene-coated pacemaker will be scheduled in the near future.

‘We’d like to wish Chandra all the best for the future and a speedy recovery.’

CAN YOU BE ALLERGIC TO A PACEMAKER?

Thousands of patients have pacemakers fitted every year. However, most of the operations have little to no complications.

In rare cases, a patient can suffer an allergic reaction to the metal used in a pacemaker. It is unclear how common this reaction is.

However, Lucy Wilkinson, senior cardiac nurse at the British Heart Foundation, said this kind of reaction is very unusual.

She said: ‘It’s more common that more people will develop an infection from having it implanted.’

It is estimated that fitting a gold-coated pacemaker would cost around £5,500 while the average procedure just costs over £4,000.