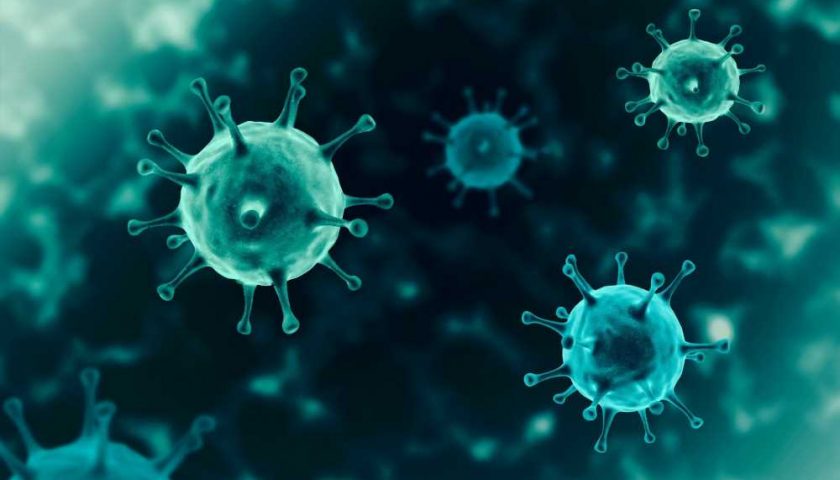 Coronavirus disease 2019 (COVID-19), the pandemic caused by the severe acute respiratory syndrome coronavirus 2 (SARS-CoV-2), infected millions globally. The high mortality of COVID-19 warranted an immediate preventive measure. Out of all the available vaccine technology, mRNA vaccines were first approved by the United States Food and Drug Administration (US FDA).

A recent invention published in Science Advances reported a single-cell adenovirus (SC-Ad) which replicates the antigen genes substantially without producing infectious progeny. The experiment was conducted on rodents where SC-Ad and RD-Ad expressing the spike protein of the original wild-type SARS-CoV-2 were generated and tested. The study further compared the systemic – intramuscular (IM), and mucosal – intranasal (IN), routes of immunization for their utility and efficacy in protecting against SARS-CoV-2.

Complementary DNA (cDNA) encoding the spike protein of the original wild-type SARS-CoV-2 was inserted in SC-Ad and RD-Ad adenovirus type 6 (AD 6). After inserting the cDNA in the cytomegalovirus (CMV) expression cassette, human Ad6 vectors SC-Ad6-spike and RD-Ad6-spike were generated. Human lung cells A549 were infected at varied multiplicities of infection (MOIs), and the spike protein expression was tested.

It was found that in human cells, there is 100,000-fold replication of the human Ad6 genome. There lies a similarity between the DNA replication of SC-Ad and RC-Ad. Further, it was observed that in contrast to mice, Syrian hamsters permitted AD6 infection, although the replication is less than human cells by a factor of at least ten.

Next, the Syrian hamsters were immunized either negative control SC-Ad and RD-Ad vectors expressing green fluorescent protein (GFP)- Luciferase (GL) or by SC-Ad spike and RD-Ad- Spike, via IM and IN routes. The result of this single immunization revealed that the RD-Ad-Spike, RD-Ad-GL, and SC-Ad-GL generated significantly lower spike antibody levels compared to the SC-Ad-Spike.

At week six, the antibody production peaked for the SC-Ad-Spike and RD-Ad vector via the IN route, while at week 14, the SC-Ad-Spike administered IM, reached a plateau that persisted until the end.

An assay of week six sera was done for neutralizing antibodies which revealed significant inhibition by the SC-Ad-spike, both via IM and IN routes, following single immunization. However, no significant spike receptor-binding domain (RBD) was seen in the RD-Ad-vaccinated hamsters.

SARS-CoV-2 had many mutations that led to the emergence of different variants. To test any cross-reactivity generated by the Sc-Ad-Spike, sera from the SC-Ad-Spike and SC-Ad-GL immunized hamsters from week fourteen were tested against a subset of mutations.

The findings showed that the antibody binding was notable in S1 variants and RBD. This remained true at 1:20000 dilution, except for the triple mutant – K417N, N501Y, E484K RBD. The sera significantly bind to the S1 subunit protein in K417N, N501Y, E484K despite the loss of the antibody binding to small RBD. Thus, the SC-Ad-Spike (from wild-type SARS-CoV-2) generated cross-reactivity; however, it was lower with more complex mutations.

Ten months after IM immunization of male hamsters, none of the sera from the RD-Ad-Spike, RD-Ad-GL, or SC-Ad-GL had detectable neutralizing antibody titers. All were less than 20 – the lower limit of quantification (LLOQ), except four animals with SC-Ad-Spike who were IN immunized and one with RD-Ad-spike. Neutralization titers were above twenty for all animals who were immunized IM having SC-Ad-Spike. The levels were noticed more than ten months following the immunization.

Following IN immunization, the animals were monitored for seven days. The results showed that controls vaccinated with RD-Ad-GL lost up to 15% body weight by the sixth day, whereas animals immunized with RD-Ad-spike lost lesser weight. A significant difference was found between the RD-Ad-Spike group and the SC-Ad-Spike group immunized by IM route on days five and six; the latter had relatively lesser weight loss. Similarly, RD-Ad-Spike IN immunized animals sustained significantly greater weight loss than SC-Ad-Spike immunized hamsters on day six.

On day seven, the vaccinated groups exhibited a significantly lower viral load in the lungs compared to the controls. Viral load was suppressed from ten to thousand-fold with RD-Ad-vaccines, although with high variation. Viral loads were reduced below 30,000 genome equivalents (Geq)/g in SC-Ad-Spike immunized animals, which was lower compared to RD-Ad-Spike vaccinated animals or the controls. While the lung viral loads were nearly the same in SC-Ad-spike IN and IM groups.

Seven days post-vaccination, the lung tissue revealed substantial immune infiltration and damage among the controls. RD-Ad-Spike animals sustained similar damage, though to a lesser degree. Meanwhile, SC-Ad-Spike immunized animals revealed less damage to the lungs. Notably, the alveoli sizes in the IM and IN, SC-Ad-Spike animals were relatively similar.

The SC-Ad-Spike and RD-Ad-Spike vaccines rendered reduced viral loads in nasal samples of animals when challenged ten months post-vaccination. The reduction in nasal viral loads was favorable but did not confer sterilizing immunity. There was a significant difference between viral loads of the lungs and the nasal mucosa between the SC-Ad and RD-Ad groups.

As SC-Ads had better long-term viral protection, it was further implored for effects following the vaccination for different routes of administration. Phosphate–buffered saline (PBS) was used to immunize five male hamsters via IN or IM route, who were subsequently challenged after six weeks.

It was found that SC-Ad-Spike protected the animals from weight loss; slight weight loss was recorded on day two in SC-Ad-immunized animals, which rebounded later. While in PBS control animals, weight loss was found over seven days. Through day three-to-six, the IN SC-Ad-Spike group had higher body weights compared to the PBS group. From day four-to-six, the IM SC-Ad-Spike vaccine protected body weight more efficiently compared to PBS. It was further noted that on days four through six, hamsters immunized through the IM route had significantly lesser body weights.

In the SC-Ad-vaccinated animals, the viral titers were markedly reduced; one hamster did not have any detectable virus. Seven days post-challenge revealed significant damage in PBS control hamsters. The different routes of administration did not cause alterations in alveolar spaces and lung structure – in SC-Ad-immunized animals.

The results depict that SC-Ad elicited a stronger immune response and protection against the virus compared to RD-Ad vectors. However, the effect of the route of administering the vaccine remains unclear. Hence this was further explored.

Mice were immunized by IM or IN SC-AD-Spike or IN PBS, SC-Ad expressing Zika E protein. Immunization with SC-Ad-Spike led to robust systemic immune responses. After that, the c following different routes of administration were assessed. For this, bronchoalveolar lavages (BAL) were collected eight weeks post-immunization.

Significant RBD neutralizing antibodies and IgG antibodies were found. However, IgA antibody in BALs was seen only with IN vaccination. While the IM route of vaccination did not generate any antibodies.

The BAL samples were examined for T cells; the spike-specific responses were tested. It was found that post IM immunization, no significant increase in CD8 and CD4 T cells was present. In contrast, CD8+ interferon (IFN)-γ+, CD4+ IFN-γ+, and CD4+ IL-4+ T cells increased markedly in the IN SC-Ad immunized animals.

CD8 and CD4 cell increase was the highest in intranasal SC-Ad-Spike immunized animals, which were also elevated in the control SC-Ad-Zika E vaccine administered (IN) group. This is suggestive of the SC-Ad vaccine playing an important role in eliciting responses at mucosal sites – when delivered via the mucosal route. Hence, COVID-19 vaccine administration through the IN route generates greater cellular and humoral immunity compared to the IM route of vaccination.

Furthermore, the findings suggest that replicating SC-Ad vaccines against SARS-CoV-2 is more potent than the corresponding RD-Ad vaccines.

I am a medical content writer and editor. My interests lie in public health awareness and medical communication. I have worked as a clinical dentist and as a consultant research writer in an Indian medical publishing house. It is my constant endeavor is to update knowledge on newer treatment modalities relating to various medical fields. I have also aided in proofreading and publication of manuscripts in accredited medical journals. I like to sketch, read and listen to music in my leisure time.