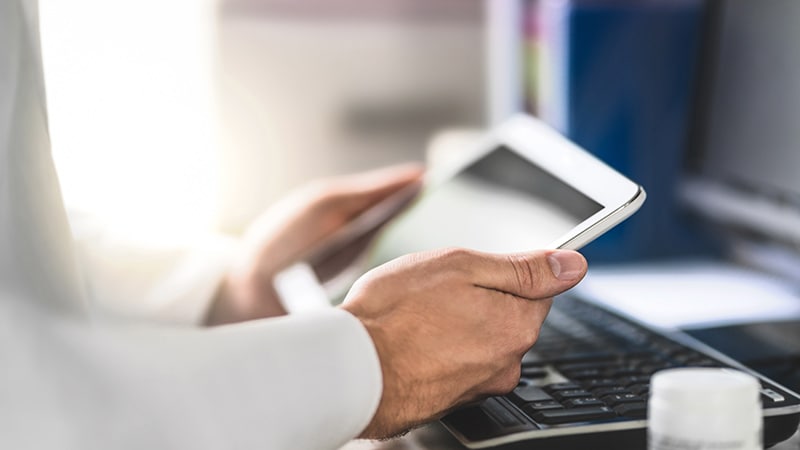 The new heart failure (HF) guidelines released this week by three North American societies had a lot of catching up to do given the significant, even paradigm-shifting, additions to available treatment options in the last few years.

The landscape now includes both new and repurposed drug therapies that benefit almost without regard to ejection fraction (EF), and evidence-based urgency to engage patients early on with at least four core medication classes, so-called quadruple therapy.

The guideline document offers a roadmap for navigating those key issues and many others and uses some creative tactics. They include the introduction of generalist-friendly labels for the traditional but obscurely named four stages of HF severity that, it is hoped, will have wider reach and expand the use of effective therapies.

It introduces additional disease-staging terminology that characterizes the syndrome as a continuum:

The new terms should be “easier for primary care physicians as well as nonspecialists” to remember and use effectively “and easier to translate to the patients” compared to the solely alphabetical staging labels appearing in the guidelines for more than 15 years, Biykem Bozkurt, MD, PhD, Baylor College of Medicine, Houston, Texas, told theheart.org | Medscape Cardiology.

An emphasis on “at risk for HF” and “pre-HF” in the new document may help efforts to expand primary prevention of HF and management of preclinical HF. The guideline, Bozkurt said, includes specific treatment recommendations for those early stages.

Bozkurt is vice chair of the guideline writing committee and helped introduce the guideline at the American College of Cardiology (ACC) 2022 Scientific Session, conducted both virtually and in-person in Washington, DC. The document, developed by the ACC, the American Heart Association (AHA), and the Heart Failure Society of America (HFSA), was published April 1 in the societies’ flagship journals, Journal of the American College of Cardiology, Circulation, and Journal of Cardiac Failure, respectively. It replaces the 2013 guideline from the ACC and AHA and the ACC/AHA/HFSA focused update from 2017.

“We really need to treat early, and then we need to treat appropriately,” emphasized Douglas L. Mann, MD, Washington University School of Medicine, St. Louis, Missouri, in an interview. Mann, who was not involved in development of the new guideline, said he is “enthusiastic” about the new staging terminology.

“I think it makes it easier to convey the message that these people do need medicines, will benefit from medicines, and in some cases heart failure can be preventable,” he said. “I’m in favor of anything that simplifies it and makes it more readily interpretable by busy doctors who aren’t specialists.”

With the new staging terminology and in other ways, the guideline seems to appreciate cardiomyopathy as a journey from preclinical to advanced symptomatic stages — the preclinical “at risk” stage tightening focus on primary prevention — and updated thinking on classification of HF by EF.

For example, there is new consideration of “HF with improved ejection fraction” (HFimpEF), which suggests the patient may be evolving from HF with reduced EF (HFrEF) to HF with EF that is preserved (HFpEF) or mildly reduced (HFmrEF), or vice versa.

With HFimpEF, which identifies patients previously with an EF of 40% or lower that improves to beyond 40% at follow-up testing, patients should continue on the medications they had been previously taking for HFrEF, Bozkurt said.

Patients at risk for HF, in stage A by the older terminology, are characterized by one or more significant HF risk factors, such as hypertension, diabetes, or coronary disease, as they have been in prior guidelines. But the new document, Bozkurt observed, adds genetic cardiomyopathies and exposure to cardiotoxic agents to the list.

Perhaps surprisingly, the guideline also includes elevated natriuretic peptides as an indicator of “at risk for HF,” with implications for screening. The evidence suggests, Bozkurt said, that “for patients who are at risk for heart failure, natriuretic peptide-based screening, followed by team-based care, can prevent development of left ventricular dysfunction in heart failure.”

Persons at risk for HF realistically encompass a huge swath of the population given the world prevalence of high blood pressure (BP), obesity, and diabetes. Management of stage A, therefore, focuses on established tenets of primary cardiovascular prevention, such as weight and BP control, exercise, and healthy dietary choices.

They may well be eligible for treatment with sodium/glucose cotransporter 2  (SGLT2) inhibitors, which have been “game changers,” Mann said. “Now you can give them to diabetics and it’s going to prevent heart failure and CV events. We didn’t have a drug like that before, so I think that places a lot of emphasis on aggressive treatment of diabetes.”

For patients with symptomatic HF, the document touts multidisciplinary care and early initiation of drugs from each of four drug classes. Such quadruple therapy includes an SGLT2 inhibitor along with a β-blocker, a mineralocorticoid receptor antagonist (MRA), and a renin-angiotensin system (RAS) inhibitor: the “core foundational therapies” for patients with HFrEF, Bozkurt observed.

Of note, she said, the angiotensin receptor-neprilysin inhibitor (ARNI) sacubitril/valsartan (Entresto, Novartis) is the preferred RAS inhibitor. But “if the ARNI cannot be used, then use ACE inhibitors.” If the patient is intolerant of ACE inhibitors because of cough or angioedema, she added, then the choice should be an angiotensin-receptor blocker.

“We have very effective therapies offering survival and morbidity benefits as well as improvements in quality of life and reverse remodeling,” Bozkurt observed. “The most important message is that optimization of therapies, including all of these medication classes, saves lives.”

The guideline also includes, for the first time, a series of “value statements” on cost-effectiveness of different therapies that assign a “high-value” rating to MRAs, hydralazine, and isosorbide dinitrate in otherwise optimally treated self-identified African Americans, and device therapy in appropriately selected patients. The statements hold SGLT2 inhibitors in chronic symptomatic HF and cardiac transplantation in advanced GDMT-resistant HF to be of “intermediate” value.

The value statements, Bozkurt noted, “are included throughout the document when there is evidence; when there is a high-quality cost-effectiveness study published.”