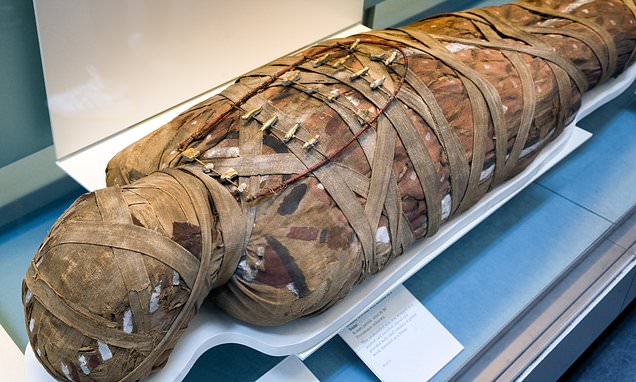 Scans of ancient mummies reveal that heart disease and high cholesterol are not such a modern problem of the obesity epidemic – but have always dogged humans.

Heart disease is the number one killer in the US, and cause of about every one in four Americans’ deaths today,

The high-fat, high-cholesterol, over-processed diets of modern Westerners have largely been blamed for the burden of obesity and heart disease in the US.

But when University of Texas researchers used an innovative kind imaging scans on mummies of people who died hundreds of years ago, they found signs of the same kind of cholesterol-clogged arteries seen in humans today. 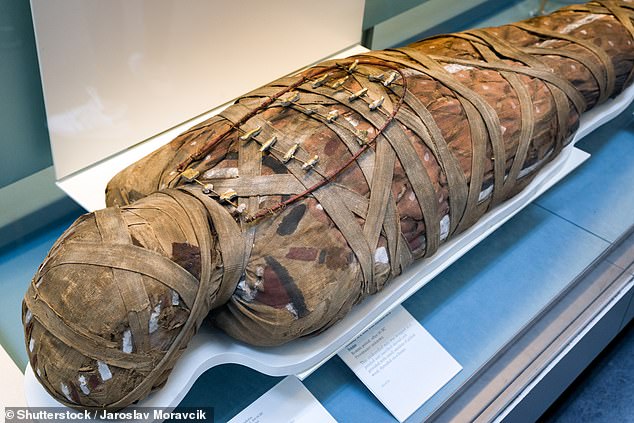 The findings, published in the American Heart Journal, partially debunk the theory that returning to our ancestors’ whole food diets would entirely prevent heart disease in the modern world.

As of February of this year, the American Heart Association estimated that half of all adults in the US had heart disease.

Worldwide, the number of people dying of heart disease actually decreased slightly from 2015 to 2016, but increased by 4,132 in the US over the same time period.

While genetics and the simple fact of aging increase risks for heart disease beyond our control, most scientists suspect that our contemporary lifestyles – which are considered more sedentary and and fueled by less nutritious food – are to blame by the upward march of heart disease.

‘I wanted to see if heart disease is a modern-day problem, says Dr Mohamad Madjid, who teaches cardiovascular medicine at UTHealth.

Rather than review data collected on people years or even decades ago, Dr Madjid wanted to look back further – centuries further.

He and his team turned to a new kind of imaging technology, called near-infrared spectroscopy, that can reveal cholesterol even in five mummies that were preserved between 2000 BC and 1000 AD. 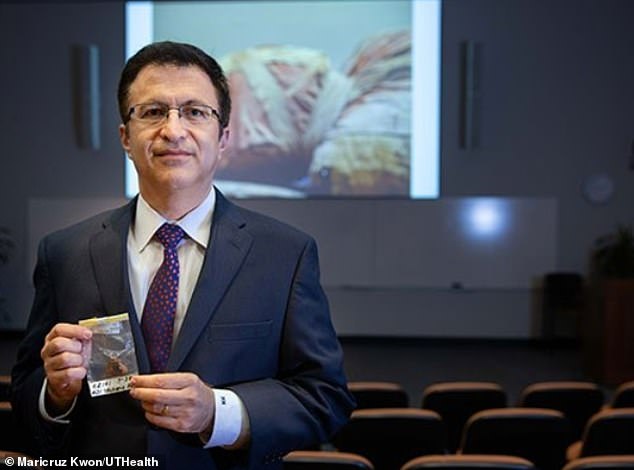 ‘A catheter is placed on the sample’ – of mummified arteries from four long-dead study subjects – ‘and it sends out signals,’ Dr Madjid explained.

‘The signals bounce off the tissue and come back.

‘You can tell the difference between various tissue components because each has a unique molecular signature like a fingerprint.’

Four of the five mummies had geography in common, hailing from South American, while the fifth had come from the Middle East.

The youngest of the mummies had been 18 when they died, while the oldest likely died between ages 55 and 60.

Even those that had died relatively young showed signs of atherosclerosis, a form of plaque-buildup in the arteries that is a significant risk factor for heart disease.

As cholesterol builds up into these plaques in the blood vessels, they can partially or entirely cut off blood flow – and therefore oxygen – from parts of the body.

The heart has to work harder to push blood through these narrowed passageways and the strain and oxygen deprivation can lead to heart attacks.

So the presence of cholesterol in the arteries of the mummies suggests that heart disease has likely been a common affliction for much of human history.

However, Dr Madjid suspects different triggers for athersclerosis in the mummies than might spur the development of heart disease in us today.