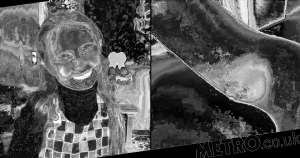 A mum has warned parents to get all bug bites checked out, after a suspected spider bite left her child needing emergency surgery for a ‘tangerine-sized abscess’.

Emily-Jane Stuart, six, was at a funfair in Scotland when it’s believed she was bitten by a spider while playing on the slides, initially leaving a pin-prick-sized sore on her arm.

She kept playing and enjoying her day, but mum Ashley Simpson, 26, noticed that two days later the bright red sore was spreading across her daughter’s skin.

Soon the bite had turned into a bulbous blister that would not pop and Emily-Jane was forced to undergo surgery to drain it – leaving her with an open wound for four months.

Thankfully, a year on Emily-Jane is in good health, but she has been left so scared of bugs that she cries if she spots a spider.

Her mum is now speaking out to warn parents to be vigilant of insects in the garden and to get bites checked out by a doctor, no matter how small they may appear.

Ashley, from Fraserburgh, in Aberdeenshire, Scotland, said: ‘[The bite] kept spreading and spreading, and fast. It was a lot to go through for her.

‘With all bugs she panics and cries if they’re too close and shouts me.

Emily-Jane had been on a water slide in 13 July last year when she suffered the small bite – but it quickly grew ‘bigger than a tangerine’.

As days passed, the redness spread further across Emily-Jane’s upper arm and formed a large abscess, leaving her crying every time she had it examined.

Ashley said: ‘When it first started off it was like a pin prick and a red mark. I got her in the bath then I noticed. It was under her arm.

‘It was red and you could see a little bite wound.

‘I took her over to the hospital the next day. They just put some cream on it and bandaged her up.

‘I took her home but we went back up again to the doctors as it was getting bigger.

‘They tried to squeeze the blister because it was quite a size but she was just in hysterics. She was crying.

‘They put an ointment on it to try and burst it, then put a cover over it.

‘It wasn’t leaking at all. Maybe if it had burst it wouldn’t have got so bad.

‘You can see from the photo how [large] it grew. It was bigger than a tangerine by the day of her surgery.’

The little girl was referred for surgery at Royal Aberdeen Children’s Hospital, where she was put under general anaesthetic for the 90-minute procedure.

Doctors weren’t sure what insect caused the bite, but suspected it may have been a spider.

Mum-of-three Ashley took her daughter to hospital ‘more than 25 times’ until November, when antibiotics began to kick in and her open wound began to heal.

But even after she was given a cream that ‘worked wonders’, she has still been left with a permanent scar.

‘They tried so many different kinds of antibiotics and [we were] going back and forward with the healing [progress],’ said Ashley. ‘We were at the hospital more than 25 times

‘I couldn’t even bathe her because it wasn’t meant to get wet and her mental state wasn’t great either.

‘She still had a wash but could not get her arm wet. We did find a plastic sleeve to go onto her arm so she could have a bath.

‘We were in the children’s hospital for a check up as well around November time and she was given a cream that worked wonders – that’s why I did all the [dressings] myself afterwards as it was healing great. It’s left a scar though.’

Mum Ashley has shared her daughter’s story to urge parents to be extra careful and get all bites and bumps checked out by a medical professional.

‘The advice I could give is no matter how little the mark is, it’s always better to get a second opinion as they were not going to do anything until I persevered,’ she said. ‘It escalated really quickly and in matter of days.’