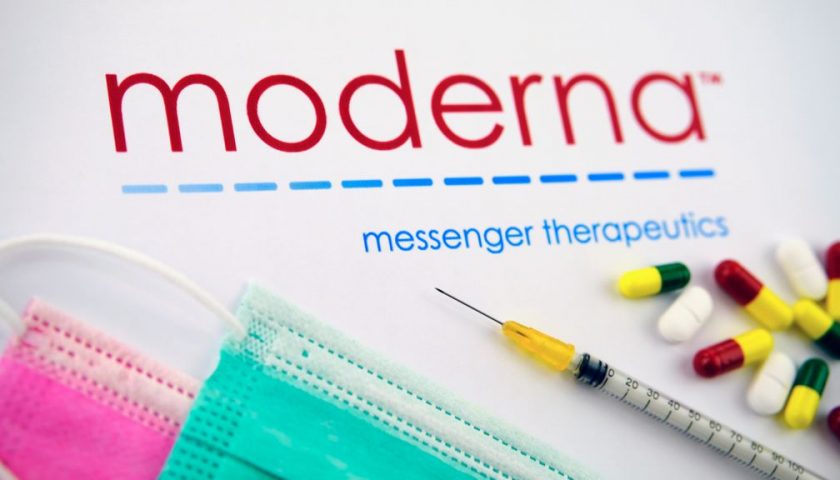 The biotechnology company Moderna publicly released a detailed description of how it’s conducting the large, late-stage trial of its coronavirus vaccine, which will reveal whether the vaccination is both safe and effective.

The 135-page document, posted today (Sept. 17) on the company’s website, breaks down the nitty gritty of how many patients will be enrolled, how many infection cases are needed in order to see if the vaccine works well enough to be approved, and how they’ll make sure the drug is safe and doesn’t cause serious side effects. In general, to determine whether a vaccine works, drug companies must compare how many vaccinated people catch the virus compared with a group of unvaccinated people in the trial, who instead receive a placebo shot, in what’s known as a phase 3 trial.

How many people catch the virus depends, in part, upon how much of the virus is circulating in the community. So far, the company is estimating that they won’t have enough cases of coronavirus in trial participants to evaluate effectiveness until late December at the earliest, The New York Times reported.

When at least 151 cases of COVID-19 in total occur in both vaccinated and unvaccinated people, Moderna will be able to tell whether its vaccine is at least 60% effective, The Times reported. Sixty-percent effective would mean that a vaccinated person has a 60% lower chance of catching the virus than an unvaccinated person; in June, the U.S. Food and Drug Administration (FDA) issued guidelines that a COVID-19 vaccine must have at least 50% efficacy to be approved, Live Science previously reported. Flu shots are typically 40 to 60% effective, for comparison.

Moderna estimated that it could take about 10 months to reach 151 cases, starting from the beginning of the trial in July. However, if the vaccine appears highly effective in early reviews of the data — meaning there’s a strong statistical difference in infection rate between the trial groups — the protocol allows the trial to stop sooner, Zaks told The New York Times. Moderna will initially evaluate the efficacy data after 53 cases, and if that analysis proves inconclusive, it will conduct another analysis at 106 cases.

If more trial participants catch COVID-19 than anticipated, Moderna could have enough data for its preliminary analysis by October or November — but that scenario is unlikely, company CEO Stéphane Bancel said in an interview on CNBC’s “Squawk Box,” CNBC reported.

So far, the company has enrolled 25,296 trial participants out of an expected 30,000 volunteers for the phase 3 trial, according to a statement released prior to an investor meeting this morning (Sept. 17), according to Bloomberg News. More than 10,000 participants have already received two doses of the vaccine. The trial should reach full enrollment within the next few weeks, Moderna’s chief medical officer Dr. Tal Zaks told The New York Times.

To see if the vaccine is safe, Moderna asks participants to use electronic diaries to record any symptoms of illness; participants also take their own temperatures, get formal check-ups in the clinic and undergo periodic phone interviews to assess their health, The Times reported. In earlier trials of the vaccine, patients reported mild side effects such as soreness at the injection site, fatigue, short-term muscle pain and transient fever or chills.

To determine whether the vaccine protects against COVID-19 infection, the investigators track which participants develop symptoms and test positive for the virus after receiving their second shot, according to The New York Times. Every participant receives two shots, spaced four weeks apart, and the investigators start counting new cases after two more weeks have elapsed from the second shot, since the immune system takes time to react to the vaccine.

—The 12 deadliest viruses on Earth

The odds of demonstrating 60% effectiveness during the first analysis are very low, Zaks told The Times. However, even if the data does look promising and the trial is stopped early, that could dangerously limit the amount of safety data available to catch rare or unanticipated side effects, Live Science previously reported.

“I’ve been doing clinical trials for decades. I don’t know if there’s ever been a more important one than this one. I’d like to see it done right, and not stopped early,” Dr. Eric Topol, a clinical trial expert at Scripps Research in San Diego, told The Times.

Based on the trial’s current trajectory, and Moderna’s manufacturing capacity, “it is extremely unlikely” that an approved Moderna vaccine would be available to every U.S. resident who wants it by the first quarter of 2021, Bancel told Bloomberg News. It’s more likely that the vaccine would become widely available in the second half of the year, he said.