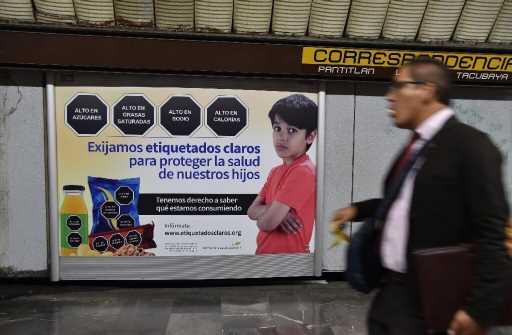 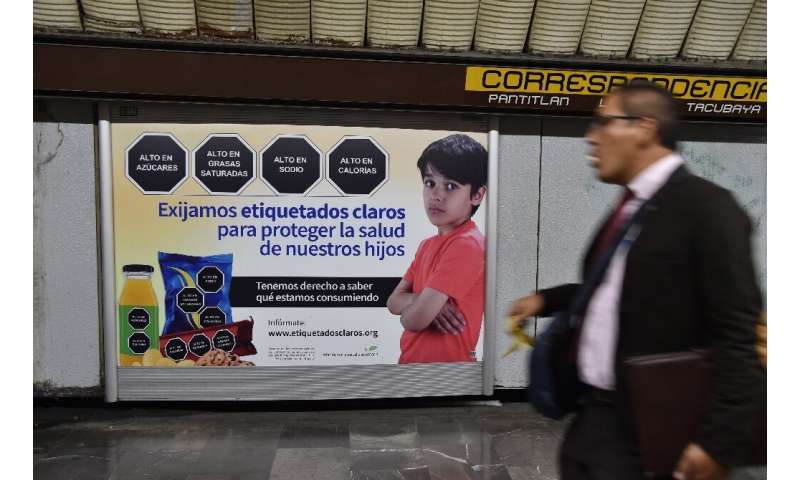 Mexico’s lower house unanimously passed a bill Tuesday to make manufacturers put warning labels on junk food, defying industry pressure in a bid to protect consumers’ health in one of the world’s most obese countries.

The bill, which requires food packages to carry labels on the front if the contents are high in sugar, sodium or saturated fat, passed the Chamber of Deputies with 445 votes in favor and three abstentions.

The bill now goes to the Senate, where it is also expected to pass, and then to leftist President Andres Manuel Lopez Obrador, who has endorsed it.

The vote defied a campaign by the country’s powerful processed food industry, which includes companies such as Bimbo, the world’s largest maker of baked goods.

“Despite strong resistance from the industry, we decided to push ahead… for the common good,” Mario Delgado, the leader of Lopez Obrador’s Morena party in the lower house, said in a statement ahead of the vote.

Nearly one-third of all adults in Mexico are obese, according to the Organisation for Economic Co-operation and Development (OECD), making it the second-most obese after the United States in the 36-member group of developed countries.

Mexico also has one of the world’s highest childhood obesity rates. Nearly one-third of Mexican children are overweight or obese.

The bill does not specify what the new labels will look like.

Public-health campaigners are pushing for something similar to the labels adopted in 2016 in Chile: black hexagons with white warnings.

They look like little stop signs urging consumers to think twice before buying: “high in calories,” “high in sugar,” “high in saturated fat.”

The lobby group for Mexico’s consumer products industry, ConMexico, said the measure would be counter-productive.

“This hides information. It doesn’t tell you what the level of key nutrients is, how much sugar, calories, sodium or fats,” said Jaime Zabludovsky, the group’s executive president.

But Lopez Obrador insists the law will help lower high rates of diabetes and malnutrition.

“These diseases originate or are made worse by poor nutrition, when people don’t eat healthy foods. So we need a program to guide people,” he said.

Mexico’s food industry lobby has been accused of going to great lengths to stop damaging legislation in the past.

Watchdog groups found that in 2016, invasive cell-phone spyware used by the Mexican government and made by Israeli tech company NSO Group was used to snoop on scientists and activists who pushed for a tax on sugary beverages such as Coca-Cola.