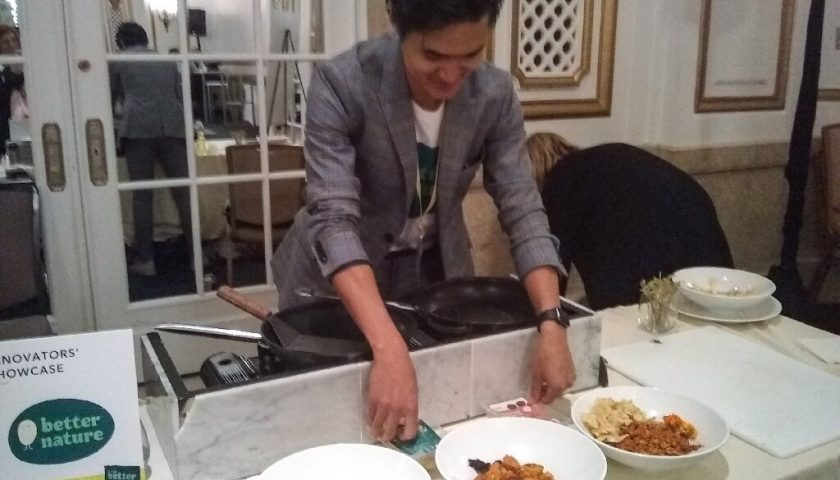 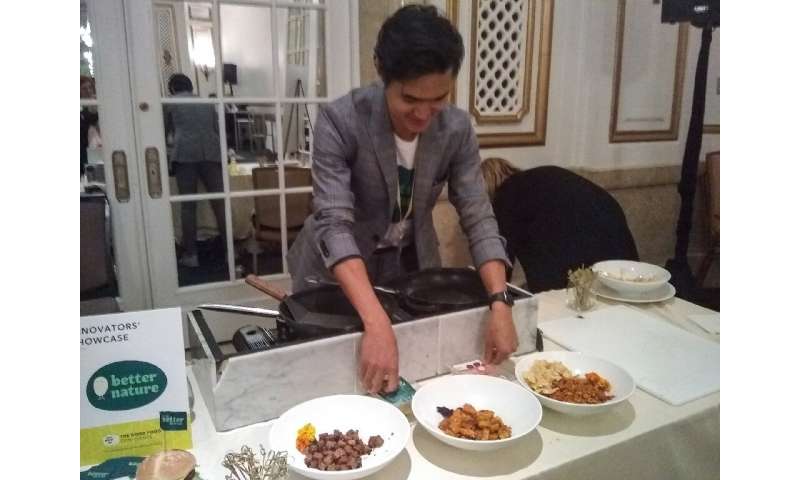 Beef-free burgers, egg-free omelettes and milk-free ice cream—meat and dairy alternatives have shot to the top of the menu, and producers are facing up to the challenges of going mainstream.

“Progress has been stunning,” said Bruce Friedrich, director of the Good Food Institute, which hosted a conference this week in San Francisco for an industry abuzz with ambition and technological advances.

A new generation of vegetarian products has re-invigorated the sector, with fast-food giant Burger King now offering the meat-free “Impossible Whopper” and McDonald’s working with Nestle on its own plant-based burgers.

Eyeing the booming market, major meat processors such as Smithfield, JBS and Perdue have all launched new brands using plants and are investing heavily to tap into changing consumer demand.

The latest example is Arkansas-based Tyson, which on Thursday announced it had taken a stake in New Wave Foods, a San Francisco start-up developing a shrimp substitute made from seaweed and soy protein—with crab and lobster next on the target list.

Kroger, the second largest supermarket chain in the United States, also announced on Thursday that it was launching a new line of meat-free products to be sold under the brand name “Simple Truth” ranging from burgers to Bolognese sauce.

Beyond Meat, the best-known of the new plant-based ventures, made a major splash when shares soared on its first day of trading on Wall Street in May.

At the three-day Good Food Conference in San Francisco, officials from Japan and Singapore were among government representatives mixing with producers, scientists, entrepreneurs and investors.

Delegates credited recent success to new technology that produces texture and flavor far closer to real meat—pushing aside often-derided vegetarian alternatives such as nut cutlets and soy sausages that have been around for decades.

Kellogg’s Morningstar Farms vegetarian brand this week announced a new product range to keep up with the latest advances.

“Consumers want meat,” said Friedrich. “Screaming ‘eat lentils’ is not going to be effective. But changing the way meat is made can be.”

The latest innovations in the race to mimic meat were showcased at the conference, including a 3D printer, ground-breaking mushroom cultivation and a new method to ferment tempeh, a traditional Indonesian soy product.

The sector is still in its infancy in the US, at less than one percent of the conventional meat sector, but the potential for growth looks strong.

Conference speakers hammered home the message that products had to become even closer to real meat, while other challenges include pricing and the problem of simply getting products into stores and onto restaurant menus.

Another major obstacle is criticism that plant-based burgers are not actually a healthy option as they are highly “processed”—often containing more than 20 ingredients—and can have high levels of salt.

Several US states have also passed laws to stop retailers of animal protein alternatives from using labels like “meat” or even “sausage”—a push often driven by local farmers.

For Tom Mastrobuoni, the chief financial officer of Tyson’s investment subsidiary, the key to propelling further global consumption of meat alternatives is to promote them in parallel to traditional products.