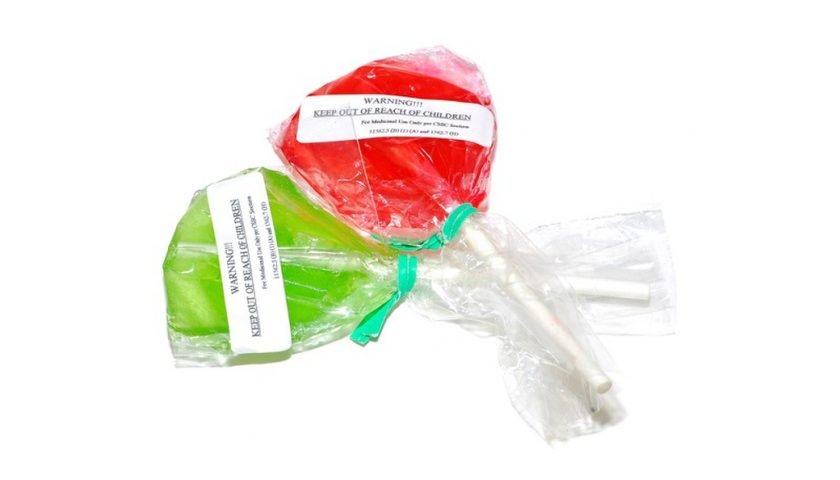 A marijuana lollipop with a very high dose of the drug's active ingredient tetrahydrocannabinol (THC) may have triggered a man's heart attack, according to a new report of the man's case.

The 70-year-old man decided to try edible marijuana to see if it would reduce the pain from his osteoarthritis and help him sleep. The man had smoked some marijuana in his youth, but had never tried an edible product, according to the report, which was published today (Feb. 11) in the Canadian Journal of Cardiology.

One night, the man consumed nearly an entire marijuana lollipop, which contained a staggering 90 milligrams of THC, more than 12 times the dose in a typical joint.

Within a half hour, the man experienced "fearful hallucinations," followed by "crushing chest pain," the report said.

The man was taken to the hospital, where doctors determined that he had had a heart attack. The patient had a known history of heart disease, but he was taking several medications for his condition, and had not experienced a heart problem for more than two years. [25 Odd Facts About Marijuana]

It appears that the large dose of THC placed a "sudden and unexpected strain" on the man's body that may have triggered his heart attack, the report's authors wrote. The high dose led to hallucinations and anxiety, which in turn increased his heart rate, blood pressure and levels of the stress hormone catecholamine, all of which are known to have harmful effects on the heart, they wrote.

With the increased legalization of marijuana — the drug is now legal for recreational uses in Canada and several U.S. states — the report's authors say people should be aware that marijuana, like all drugs, may sometimes pose health risks.

"Marijuana can be a useful tool for many patients, especially for pain and nausea relief," lead case report author Dr. Alexandra Saunders, of Dalhousie University's Internal Medicine Program in New Brunswick, Canada said in a statement. "At the same time, like all other medications, it does carry risk and side effects."

The authors called for more research into how different formulations of marijuana may affect the cardiovascular system, particularly among the aging population.

The new case is just one of multiple reports linking marijuana use to heart problems. For example, in 2014, doctors reported the case of a young man in the United Kingdom who also had a heart attack after smoking marijuana. Larger studies have also linked marijuana to a higher risk of stroke and heart failure.

Still, a review study published last year concluded that there is currently not enough scientific evidence available to determine marijuana's effect on the risk of heart problems.

In an editorial accompanying the study, Dr. Neal Benowitz, a professor of medicine at the University of California, San Francisco, wrote that marijuana might pose heart risks in three ways: Through the inhalation of smoke from marijuana, through the direct effect of THC on the cardiovascular system, or through indirect effects of THC related to anxiety and hallucinations, as in the current case.

So what should doctors recommend for people with heart disease who want to use cannabis products? Benowitz said there isn't evidence available to answer this question. But he said that for patients with heart disease who want to use marijuana, he would recommend products that contain only the compound cannabidiol (CBD), which does not have psychoactive effects like THC. And if patients want to use marijuana for the effects of THC, Benowitz said he would advise patients not to smoke the products (to reduce exposure to smoke), and would recommend the smallest dose that produces the desired benefit.

Benowitz noted that some edible products may contain multiple "servings" of THC, as was the case with the patient's marijuana lollipop. In this case, just a few licks of the 90 mg THC lollipop might have provided an appropriate starting dose, he said.

"Understanding appropriate dosing would likely have prevented the toxicity suffered by the patient," Benowitz wrote. "Patients may need counseling as to what constitutes a low dose, and how that compares with the amount of THC in products they may have purchased," he concluded.

Shortly after his heart attack, the man said he had trouble doing some daily tasks and wasn't able to exert himself as much as before. His doctors advised him not to consume such a high dose of THC in the future.