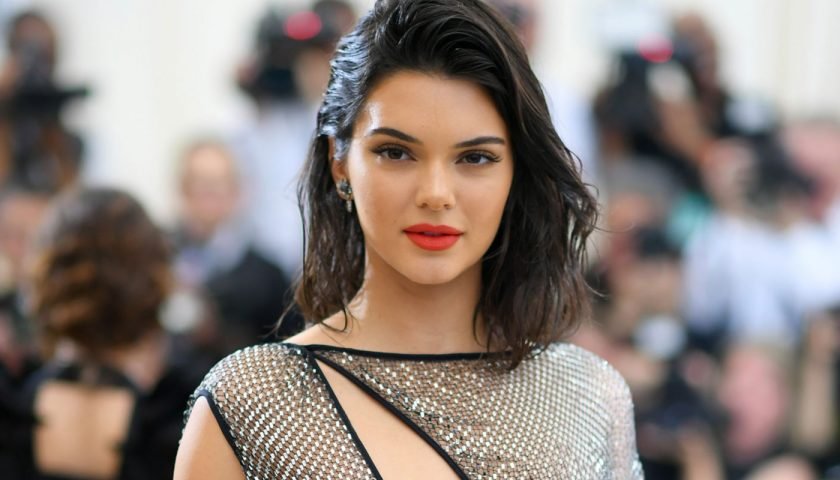 Kendall Jenner is known for her insanely fit body (she’ll even show it off in the snow). And now, the Keeping Up With The Kardashians star is proudly baring it all for a Vogue Italia editorial.

DRAMA. my @vogueitalia Feb. cover by @mertalas & @macpiggott !! one of my favorite shoots i’ve ever done! can’t wait for you guys to see the rest. dream come true! ?✨? OSSESSIONE @gb65 @efarneti

“DRAMA,” she captioned a post of her cover. “One of my favourite shoots I’ve ever done! Can’t wait for you guys to see the rest. Dream come true!”

And the drama continued when the model posted a sneak peek of some of the photos from the magazine, including one where she bares all, highlighting her totally sculpted backside.

“Told you it was drama,” she wrote.

Okay, so now for the most pressing follow-up question: What does Kendall do to keep her bod in shape?

1. She has a personal trainer.

Like many celebs, Kendall has a personal trainer. According to Elle Australia, she works with celeb trainer Gunnar Peterson, who also helps her sister Khloe Kardashian stay fit.

2. She loves abs and butt workouts.

a throwback for all 100M of you! LOVE YOU LOTS. always THANKFUL ?

It probably comes as no surprise based on her latest Vogue photoshoot, but Kendall is all about those butt and abs workouts. According to Harper’s Bazaar, Kendall posted her go-to abs routine on her app last summer, and it involves a 13-move, 11-minute circuit. And while its primary focus is core, this workout also targets the glutes, arms, and legs. Here’s the complete circuit, for reference:

3. She’s a fan of horseback riding.

She loves horses, according to W: “I would just sit with my horses and I’d go ride all day. I’m not kidding,” she said. “I’d ride from 8am to 8pm. I would ride all my trainer horses because I had nothing better to do during the summer.”

4. She fuels her body with healthy food.

Kendall shared with Harper’s Bazaar that she typically eats “lean chicken and brown rice, and am always snacking on raw veggies with dip and hummus. I wish I had more time to do grocery shopping because I like picking out my own vegetables.”

That said, she still treats herself to pizza and frozen yoghurt two days a week.

5. She loves staying fit with friends on vacation.

Kendall can often be found doing something active on vacay—whether she’s paddleboarding or jetskiing. Based on her Instagram, she loves to get outside and explore when she’s on a trip.

She gets plentyyyy of workout shoes to support her fitness routine. She’s an ambassador for Adidas, and hey, there’s nothing like a great pair of kicks for an extra boost of fitspo.