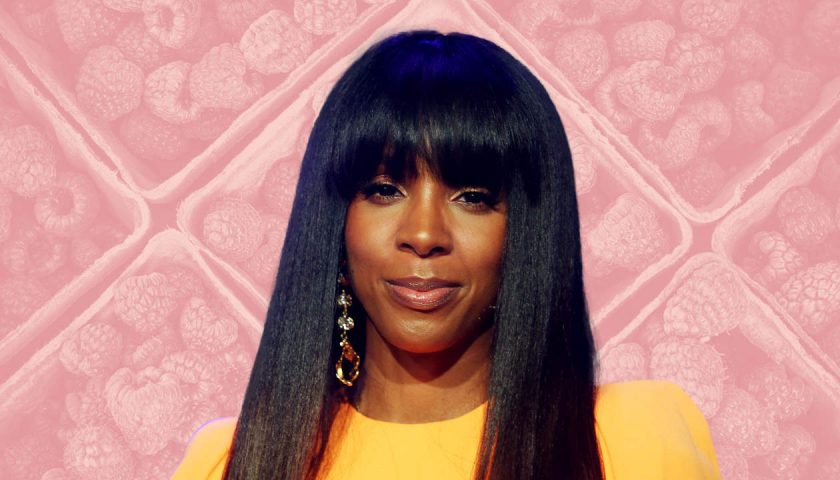 “Someone just asked me about snacks—like, what do I eat in between [workouts]?” Rowland said. She said she likes munching on fruits and veggies and explained: “I like to eat all day.” (You and me both, Kelly!)

That’s when she named freeze-dried raspberries as her go-to snack. “They are so good—that’s not an ad! They are very good, and they’re 150 calories for the whole bag,” Rowland said. (FYI: The bag is 1.3 ounces.) She went on to explain that her snack contains 12 grams of sugar, which, while not ideal, doesn’t bother her because she guzzles water.

So, are these freeze-dried raspberries healthy? We asked Health’s contributing nutrition editor for the facts.

Cynthia Sass, RD, says these are definitely an acceptable snacking choice. “There is nothing added and nothing taken away other than fluid, so they’re essentially just a crunchy version of organic fresh raspberries,” says Sass.

But are there any downsides? Portion size could be a problem, Sass says. “Fresh raspberries are full of water, and when that water is removed, the portion shrinks.” In other words, regular raspberries are bigger than freeze-dried ones, which you should be aware of if you’re going to mindlessly snack on them. Other than that, though, freeze-dried raspberries are a great energy booster, says Sass. “Freeze drying should retain nutrient and antioxidant levels well, and preserve the fiber,” explains Sass.

In conclusion, Kelly Rowland’s go-to snack is good for you and, per Rowland herself, pretty tasty. A win-win.

To get our top stories delivered to your inbox, sign up for the Balanced Bites newsletter