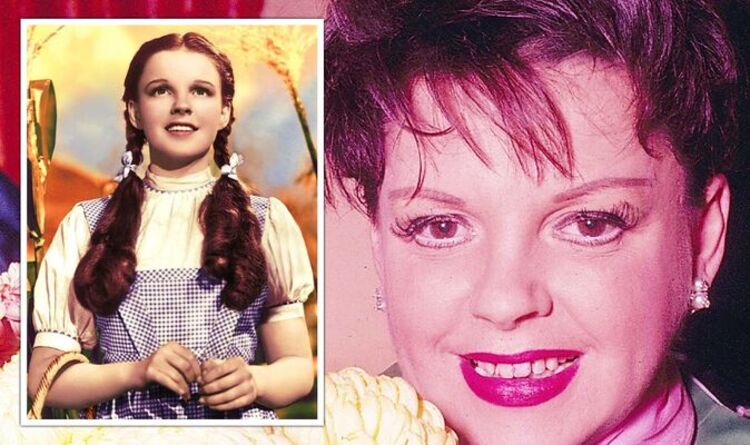 Trailer for The Wizard Of Oz starring Judy Garland

Garland, born in 1922, was thrust into the limelight as a teenager, playing the role of Dorothy at the age of 16. Starting so early, you would expect her to accumulate a life of rich experience and material wealth but no such thing happened for the star. Aside from winning an academy award for The Wizard of Oz, and other transient moments of happiness, Garland’s life was filled with pain. Her obituary in the LA times revealed a life riddled with the “chaos of unhappy love affairs” and drug abuse.

In the end, Garland, who was married to five people over her life, died at the age of 47 in London in 1969 after overdosing on barbiturates – synthetic drugs which used to be prescribed for anxiety, depression, and insomnia.

She was first introduced to pills as a young, overworked actress, whose shifts often ended at five in the morning.

At the entertainment company, MGM, Garland was often making multiple films at once – a regime sustained by a diet of pills. Unsurprisingly, by the age of 15, she was hooked on them.

But Garland’s life wasn’t just defined by drug addiction. The star, who was described by a co-star called Ray Bolger as the “child who never grew up” when talking to the LA times, also suffered from a number of health issues, as well as on-set sexual abuse and forced marriages.

By the age of 18, she was receiving psychiatric treatment after having three nervous breakdowns.

Just a decade later, at the age of 28, she tried to take her own life. According to her third husband Sid Luft, this was just one out of 30 times.

In 1950, she was fired from MGM after failing to turn up to work. Her role in the film Annie Get Your Gun was replaced and she tried to take her own life again.

“I went to pieces,” she recalled later, according to the LA Times.

“All I wanted to do was eat and hide. I lost all my self-confidence for 10 years. I suffered agonies of stage fright. People had to literally push me onto the stage.”

According to the SAGE encyclopaedia of Intellectual and Developmental Disorders, Garland may have suffered from Bipolar disorder.

Bipolar disorder, previously called manic depression, is a mental health issue that is suffered by roughly one in 100 adults in the UK, is defined by massive emotional highs and miserable lows, also known as depression and mania.

The symptoms of the depressive side of bipolar include feeling very low and lethargic. Mania, or the massive highs, on the other hand consists of feeling very high and overactive.

According to psychologist Dr Gabor Mate, addiction is an escape from pain, most often childhood pain.

“Addiction is neither a choice nor a disease, but originates in a human being’s desperate attempt to solve a problem: the problem of emotional pain, of overwhelming stress, of lost connection, of loss of control, of a deep discomfort with the self,” he explained.

“Childhood trauma is the template for addiction—any addiction,” adds Mate.

Given Garland’s teenage experience, it’s somewhat unsurprising that her addiction was sustained until the day she died.

If you are thinking about suicide or are experiencing depression and need support, please contact Samaritans on 116 123.

Calls made to the Samaritans are free of charge and will remain confidential.