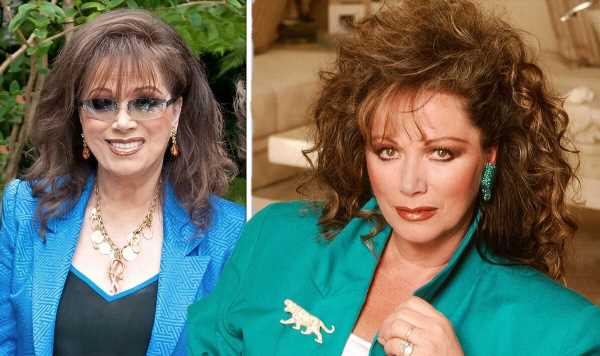 In a 2021 documentary Lady Boss: The Jackie Collins Story, which is airing again tonight (Tuesday, August 2) on BBC Two, Jackie’s friends and family narrate the untold story of the groundbreaking author and her mission to build a one-woman literary empire. The film also touches on the star’s sad death, unpacking the reasons why the star waited more than two years before getting the lump in her breast checked.

Speaking about her sister’s decision to keep the diagnosis to herself and her “shock” when she finally found out, Dame Joan shared: “I think in that respect she did the right thing because she did not want pity. It is a similar thing that daddy did with mummy when she had cancer.

“But I think she did the wrong thing because I had been telling her for years that you have to go and have a mammogram.

“Finally she was dragged there by Tiffany her daughter and that is when he said: ‘You have got stage four cancer.’” 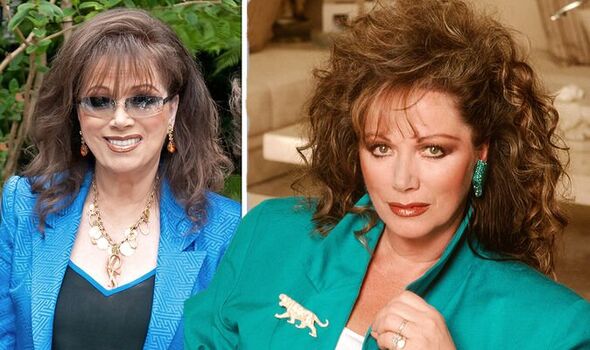 The star went on to say that Jackie broke the news whilst in the South of France, asking her “not to get upset”.

She continued to share: “She called and she said, ‘I just want to tell you something… I don’t want you to get upset’.

“And she said: ‘I’ve got stage four cancer,’ and I said: ‘How is that possible?’

“I know you can do so much these days, so I didn’t really worry about it too much, because I really thought… My motto was: ‘Always look on the bright side.’ I always thought she would beat it.”

Giving an interview to a magazine just days before her death, Jackie revealed her own reasons as to why she not only didn’t tell her family about her diagnosis, but also why she waited two years before seeking a professional opinion, even though she knew something was wrong with her health.

She said: “I thought, ‘I’m not dealing with this’ because in my mind I decided it was benign. I’ve had to deal with losing my mother (to breast cancer), my husband (to prostate cancer) and my fiancé (to lung cancer) and I did not want to put pressure on everybody in the family. So I happily, happily went day by day.

“I know we’re all told to [get checkups], but some of us are too stupid, and I was one of them,” she said in the interview.

“That was my choice and maybe it was a foolish one, but it was my choice. Now I want to tell people it shouldn’t be their choice.” 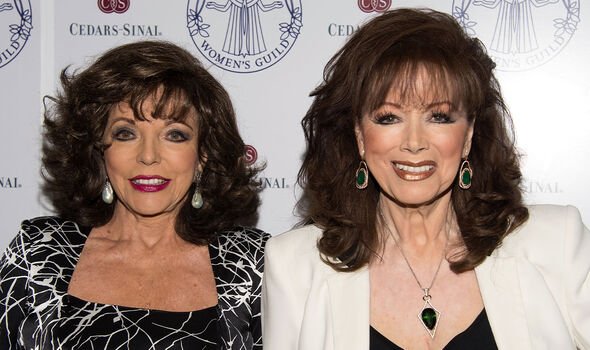 Although showing some remorse for her choices and how she approached her disease, Jackie remained adamant towards the end of her life that she had no regrets. She added: “Looking back, I’m not sorry about anything I did.

“I did it my way, as Frank Sinatra would say. I’ve written five books since the diagnosis, I’ve lived my life, I’ve travelled all over the world, I have not turned down book tours and no one has ever known until now when I feel as though I should come out with it.”

Seven years on from Jackie’s death, breast cancer remains one of the most common types of cancer in the UK. It affects around one in eight women during their lifetime, and can also affect men.

Learning from Jackie’s story, it remains vital that individuals check their breasts regularly for any changes and always see a medical professional if they notice any changes. 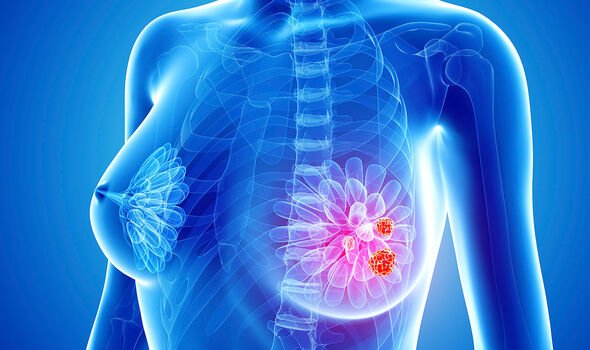 The NHS notes that breast cancer can have several symptoms, but the first noticeable symptom is usually a lump or area of thickened breast tissue. Although a lump may not indicate cancer, it is always best to have them checked.

Individuals should also see a GP if they notice any of these symptoms:

After examining your breasts, a GP may refer an individual to a specialist breast cancer clinic for further tests. These tests might include breast screening (mammography) or taking a small sample of breast tissue to be examined under a microscope (a biopsy).

If diagnosed with breast cancer, individuals will be recommended on the best type of treatment. For cancer that is detected early, it can be treated before it spreads to other parts of the body. Treatment typically involves: