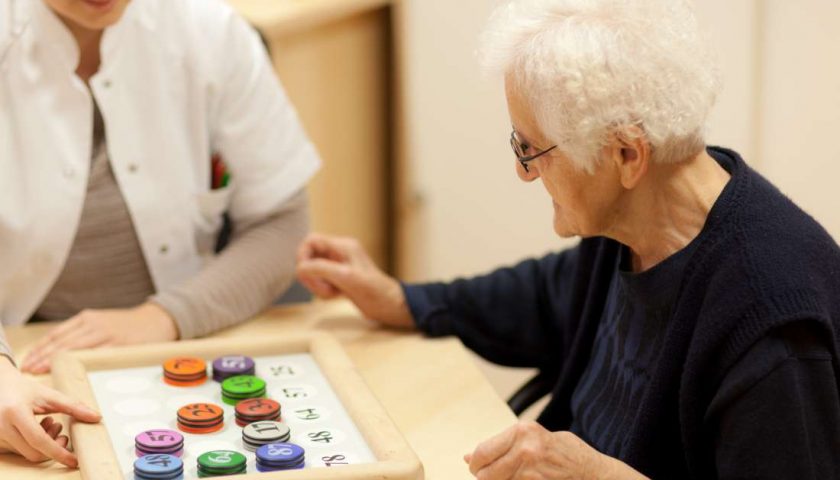 The average age of the population of the United States is gradually increasing, so conditions of old age are moving into the spotlight.

Growing older is associated with a progressive decline in average thinking abilities.

However, it may only affect some people very mildly, while other individuals can develop significant cognitive deficits.

Understanding the risk factors involved is of growing importance.

We already know some risk factors; for instance, lower levels of physical activity, smoking, and obesity appear to increase the rate of decline.

Recently, some scientists have turned their attention toward the potential role of inflammation.

Inflammation and its consequences

As a protective mechanism that prevents any damage to tissue, inflammation occurs in response to an infection or injury. However, if this acute inflammation continues for longer periods — which doctors call chronic inflammation — it can cause damage.

Scientists have already linked inflammation to a range of health concerns, including cardiovascular disease, cancer, diabetes, and asthma. Could inflammation also have a hand in cognitive decline?

Researchers at Johns Hopkins University in Baltimore, MD, recently set out to answer this question. They published their findings in the journal Neurology.

They used data from the Atherosclerosis Risk in Communities Study, which followed 12,336 people with an average age of 57 for around 20 years.

To assess inflammation levels at the beginning of the study, the scientists measured biomarkers in the blood: fibrinogen, white blood cell count, von Willebrand factor, and factor VIII.

By combining measures of these established markers of inflammation, the team gave each person a composite inflammation score.

Around 3 years after the start of the study, they also assessed each participant for another marker of inflammation: C-reactive protein.

The researchers rated each person’s cognitive ability at the start of the study, 6–9 years later, and then again at the end of the study.

During the analysis, they accounted for a range of factors that might influence a person’s thinking skills. These factors included education level and the presence of heart disease and high blood pressure.

At the end of the study, the participants with the highest level of chronic inflammation at the start experienced an 8 percent steeper decline in cognitive ability compared with those who had the lowest inflammation levels.

Similarly, those who had the highest C-reactive protein levels saw a 12 percent steeper decline in mental ability.

“Overall, the additional change in thinking and memory skills associated with chronic inflammation was modest,” Walker explains, “but it was greater than what has been seen previously associated with high blood pressure in middle age.”

The researchers also showed that the cognitive decline affected the participants’ memory most severely and their language and planning to a lesser extent.

“Many of the processes that can lead to a decline in thinking and memory skills are believed to begin in middle age, and it is in middle age that they may also be most responsive to intervention.”

Rather than these being worrying findings, the study authors hope that people will take them as a call to action. As Walker says, “Our results show that chronic inflammation may be an important target for intervention.”

However, more work will be needed before we can conclude that inflammation causes cognitive decline.

Walker also says that it could be that “inflammation is not a cause and instead a marker of, or even a response to, neurodegenerative brain diseases that can lead to cognitive decline.”

Although the study used a large sample, there were some shortfalls. For instance, people with the highest levels of inflammation at the start of the study were more likely to drop out or pass away before the final tests, slightly skewing the data.

As the study authors note, they could have improved their study by assessing cognitive abilities more regularly and with more detailed tests. Also, it might be interesting to repeat a similar experiment and include more biomarkers of inflammation.

Currently, both cognitive decline and inflammation are hot topics in medical research, so more studies are sure to follow.