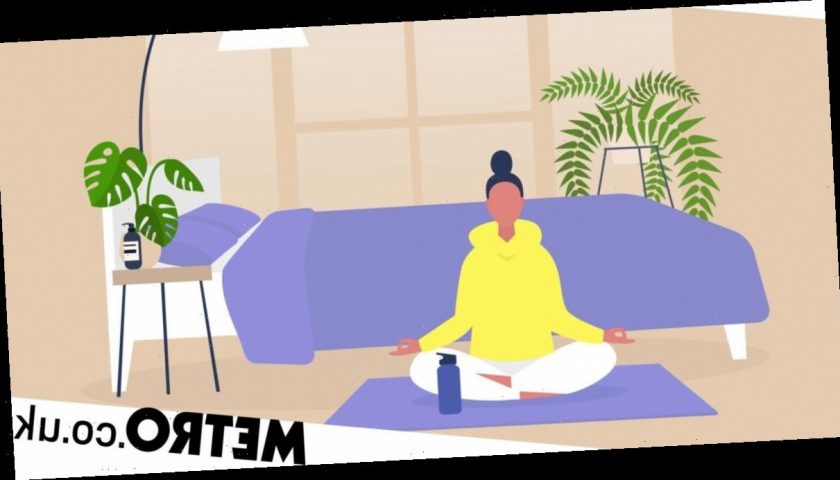 With national lockdowns closing gyms and studios, fitness fans were forced to find another way to workout.

According to a report by ClassPass, yoga was the top digital at-home workout of the year with 25% increased uptake of the practice.

We saw evidence of this in the number of odes to Yoga With Adriene that appeared across social media, for example.

Meditation, Pilates and stretching were also popular and in the top 10 for digital classes booked through ClassPass, suggesting that restorative methods of fitness were needed now more than ever.

Studies have shown that cases of depression and anxiety have soared by a worrying amount throughout both national lockdowns, so it’s no surprise that people have been turning to online videos promoting stillness and wellbeing.

The report found that classes which require less equipment were more popular, which could indicate that people newer to at-home fitness (and without equipment) have been using it to get through the year.

The benefits of getting outside for your mental health have been well-documented, and this seems to have translated into how we’ve worked out as the number of outdoor classes being held has increased by 400%.

Meanwhile the most popular time to take a class is now 12pm – a noticeable change on previous years that is in keeping with exercising outdoors at the warmest time of day.

So it begs the question, will this last as life gets closer to a sense of normality?

The 12pm workout slot might well shift to being before or after work, if office life resumes.

ClassPass say: ‘Lunchtime workouts have seen a 67% increase in popularity.

‘This shift can largely be attributed to a rise in remote work, and the ease of no-shower required virtual meetings.’

While newly-dedicated yogis are likely to continue the practice, the report shows those used to a heavier workout are still itching to get back to something more intense.

We weren’t just interested in the more holistic practices it seems, as the collected data from over 30,000 sites in 30 countries shows people have been gravitating towards HIIT training – perhaps to combat the sedentary identity of 2020.

Once studios could reopen, while still popular, yoga slipped down the ranks for popularity with HIIT taking the top spot which was followed by cycling.

A separate study on over 2,000 participants found that 92% of professionals hope to return to fitness studios and gyms in 2021, with 40% planning to return exclusively to in-studio workouts when they feel safe to do so.

Kensey said: ‘Moving into the New Year, we expect to see many fitness fans mixing their routines with both at-home workouts and in-studio classes.

‘We believe that fitness fans will continue to lean into digital classes such as yoga and HIIT that require little or no equipment and return to in-studio workouts for classes that are tough to replicate at home.

‘When gyms opened for the first time after lockdowns, we observed that people were particularly excited to get back to equipment-heavy classes.’

Maybe yoga for some functioned as a means to an end for their wellbeing, but it clearly helped us when times were tough – until gyms opened their doors once again.