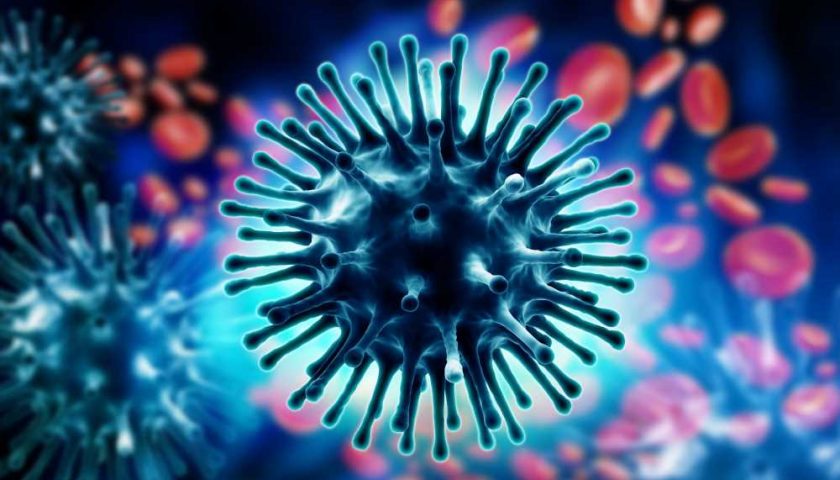 In a recent study published in the Emerging Infectious Disease Journal, researchers detected a swine influenza A virus (IAV)-infected patient in routine surveillance at the National Influenza Center in Denmark. The detected influenza variant appeared distinct from any variant found previously in Denmark.

As per official records, during the 2021–22 influenza season, 16,160 cases in Denmark were due to the influenza A virus, predominantly the H3N2 subtype. During this time, no cases of swine-origin influenza virus occurred in humans. Since the 2009 influenza A(H1N1) pandemic, no reports of persistent human-to-human IAVs transmission have come to light. Also, there have been only sporadic reports of human infections with swine IAVs. Yet, the zoonotic potential of IAVs is highly concerning.

A young man in his 50s, working at a swine abattoir in Denmark, was hospitalized after acute onset of illness on November 24, 2021. He had dizziness in the night, followed by chest pain, pain radiating toward the left arm, diarrhea, and malaise, but no fever. The patient suffered repeated convulsions and had to be admitted to the intensive care unit (ICU) and put on ventilation to cease seizures and manage declining oxygen levels.

He had no cardiovascular, kidney, neurological, or other impairment, including pneumonia, that could rationalize his sudden bout of severe illness. However, a pharynx swab sample of the patient tested positive for IAV. Notably, no other coworker at the patient's workplace reported the incidence of influenza.

Compilation of the top interviews, articles, and news in the last year.
Download a copy today

With antiviral medication (oseltamivir) and supportive treatments, the patient's clinical condition improved over the next two days, so he was discharged from the hospital. The researchers submitted the remaining sample material to the Danish National Influenza Center, which confirmed it was positive for the pandemic H1N1 strain.

Further analysis by whole-genome sequencing revealed its consensus sequence to be of the H1N1 subtype. Notably, the virus was more similar to swine IAVs than human influenza strains. The team uploaded this sequence to the global initiative on sharing all influenza data (GISAID) database.

The sequence had no match to IAV sequences in GISAID, as revealed by the Basic Local Alignment Search Tool (BLAST) searches; however, a comparison to in-house sequences of swine influenza viruses from Denmark showed a close resemblance to 2021 swine IAVs. This viral strain had several genetic and antigenic differences from other influenza A viruses detected in Denmark. Also, it had poor reactogenicity to the currently used human seasonal influenza vaccines. Furthermore, its phylogenetic analyses revealed that most gene segments were similar to the H1N1 subtype. On the contrary, its neuraminidase and non-structural segments belonged to the clade 1C avian-like swine influenza A(H1N1) found in Eurasia.

Earlier in Denmark, an elderly patient with comorbidities experienced classical influenza-like illness (ILI). However, the reported case in this study was unique because a previously healthy adult experienced severe and sudden illness. Another distinct observation was that this patient experienced convulsions, which are rare in adults and typically accompanied by fever or encephalitis. Therefore, the infecting viral strains in these two cases are likely genetically distinct.

Detection of a variant IAV via routine surveillance highlighted the importance of continuous monitoring of both human and swine IAVs with zoonotic potential. Additionally, it underscored the need to promptly take countermeasures for those who come in contact with swine owing to their occupation and experience ILI.