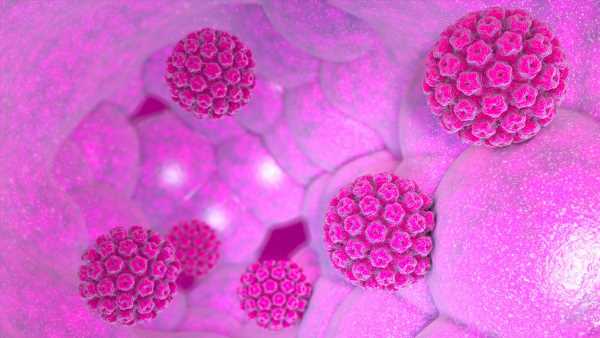 The human papillomavirus (HPV) vaccine reduced cervical cancer cases by 87% among women in the U.K. who received the vaccine when they were 12 or 13 years old, according to a new study.

These new findings are based on follow-up data from a vaccination program that began in the U.K. in 2008. The strains of human papillomavirus that are transmitted through sexual contact are extremely common around the world, and most people are infected at some point in their lives, typically soon after becoming sexually active, according to The World Health Organization (WHO).

Many HPV infections clear up on their own without causing issues, but some infections can lead to cervical cancer. In fact, nearly all cervical cancer cases around the world are due to an infection with HPV, according to the WHO. Now, more than 100 countries, including the U.K. and the U.S., offer HPV vaccinations to young girls, and some countries are also offering them to young boys to prevent genital warts and cancer.

As part of the U.K. program, girls between the ages of 12 and 13 were given an HPV vaccine called Cervavix, which protects against the two most common types of HPV that account for 70 to 80% of all cervical cancers, according to a statement. The vaccine was also offered to women up to age 18 as a”catch-up” vaccination.

—The deadliest viruses in history

—8 awful parasite infections that will make your skin crawl

—Quick guide: COVID-19 vaccines in use and how they work

“Although previous studies have shown the usefulness of HPV vaccination in preventing HPV infection in England, direct evidence on cervical cancer prevention was limited,” senior author Peter Sasieni, a professor in the King’s College London said in the statement. Early modeling had predicted that HPV vaccination would reduce cervical cancer rates substantially in young women, he said.

“The observed impact is even greater than the models predicted,” he added.

There are some limitations to the study, including that the vaccinated population is still young and so it’s still early to understand the full impact of the HPV vaccination program, according to the statement.

Since 2012, the U.K. has been using another HPV vaccine called Gardasil that protects against four different types of HPV and wasn’t evaluated in this paper. The U.S. is administering Gardasil-9, which protects against nine different HPV types. All three vaccines protect against the the two most common HPV types that cause cancer.

The Centers for Disease Control and Prevention (CDC) recommends that two doses of the HPV vaccine be given 6 to 12 months apart to children between the ages of 11 and 12, but can be given as early as age 9. Those who are 15 years of age or older need three doses over 6 months.