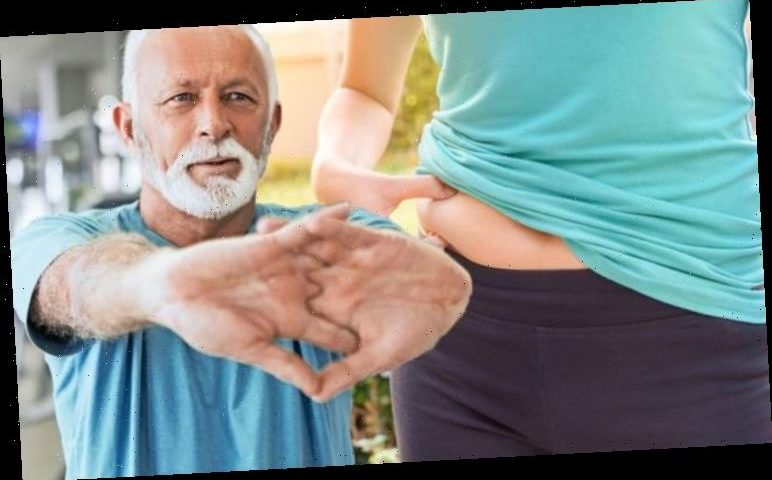 Visceral fat build-up is a worrying development because it accumulates near vital organs, such as the liver and intestines.

As a result, you are more prone to metabolic conditions such as high blood pressure and high cholesterol, factors that lead to heart disease.

Visceral fat is therefore a grave health concern and steps must be taken to reduce the harmful belly fat.

The link between exercise and weight loss is self-evident but embarking on a fitness regime to reduce belly fat may be intimidating if you are inexperienced.

A study published in the Journal of the American Geriatrics Society found that a simple exercise you can do at home may help to reduce the belly fat, however.

The program consisted of short, supervised training sessions, performed in a group setting, three times per week for 10 weeks. 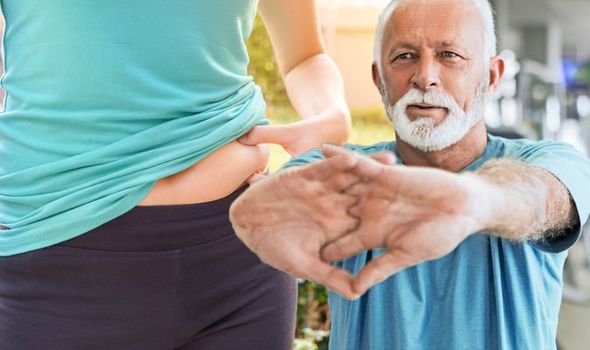 The 36 participants were taught to perform body-weight-training exercises with minimal use of equipment, at first for 18 minutes, alternating exercise with rest periods in a ratio of 40/20 (for example, 40 seconds of work and then 20 seconds of rest).

The participants worked up to a 36-minute training period as their training volume gradually increased.

Thirty-six other participants maintained their daily living and routines throughout the study and served as a control group.

Participants in the exercise group decreased their fat mass by nearly two pounds and gained about one pound of lean body weight compared to the control group.

DON’T MISS
High blood pressure: Add this ‘superfood’ to your diet to lower your reading [TIPS]
Dementia care: The sign in your eyes that could signal the brain condition [INSIGHT]
How to live longer: The simple exercise that could help increase your life expectancy [TIPS]

Those in the exercise group saw a nearly tripled decrease in their total fat mass compared with participants in the control group.

The accessibility of the exercise program was reflected in the high attendance rates (89 percent) for the training sessions. 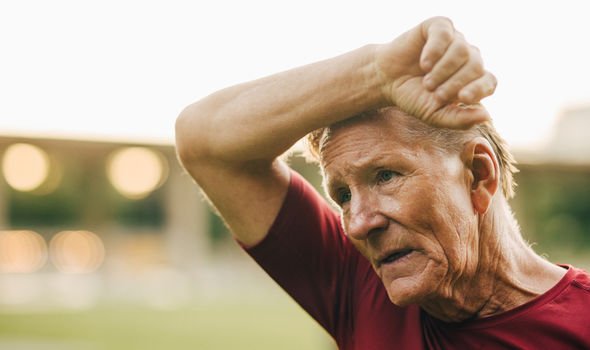 Interestingly, however, the exercise significantly decreased belly fat in the men but not the women who participated.

In their concluding remarks, the researchers suggested that the easy-to-perform and inexpensive nature of the exercises make them suitable for a wide range of people looking to lose belly fat.

For optimal results, it is important to combine increased fitness with a healthy diet to reduce visceral fat.

Restricting your carb intake is a particularly effective strategy for reducing visceral fat. 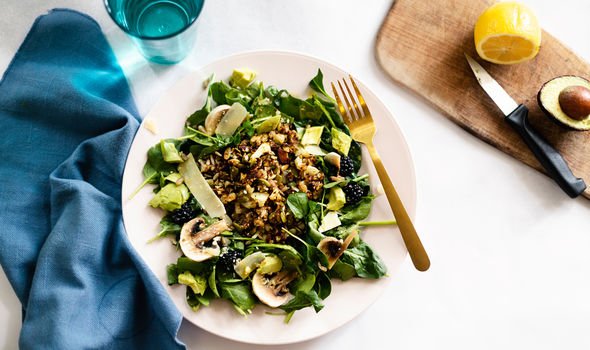 In an eight-week study including 69 overweight men and women, scientists found that people who followed a low-carb diet lost 10 percent more visceral fat and 4.4 percent more total fat than those on a low-fat diet.

Additionally, the ketogenic diet, which is a very low-carb diet, may also help reduce visceral fat.

A study including 28 overweight and obese adults found that those who followed a ketogenic diet lost more fat, especially visceral fat, than people following a low-fat diet.

Interestingly, they did so while eating roughly 300 more calories per day.