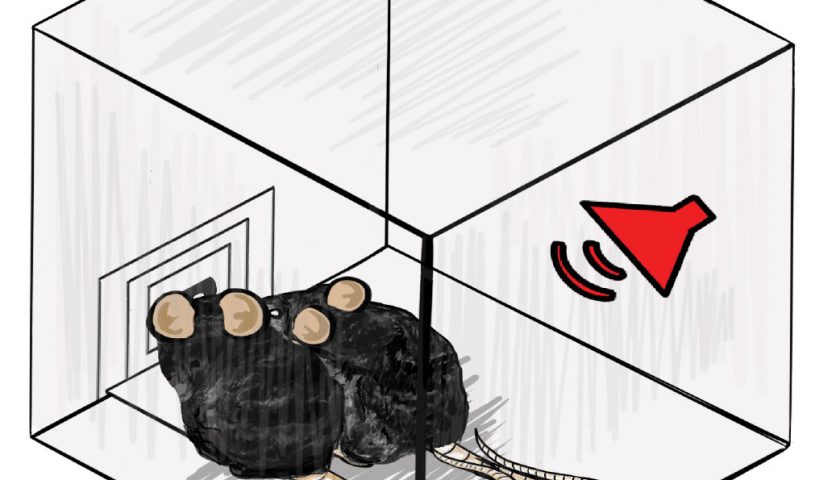 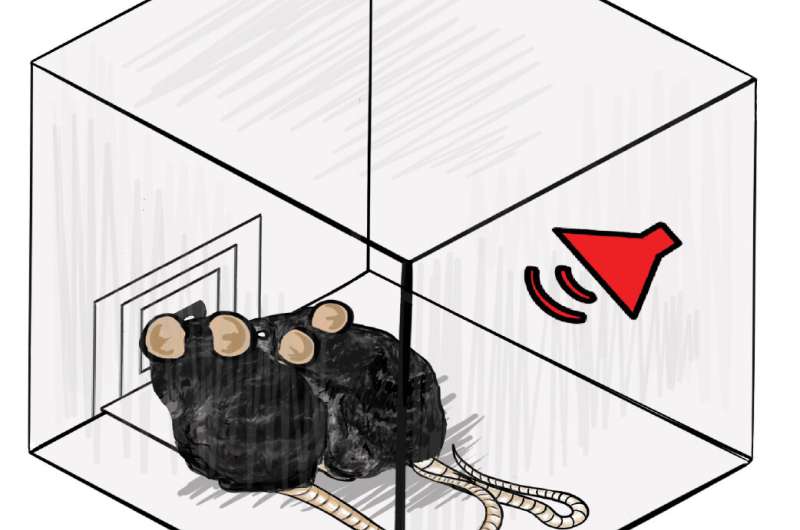 If you’re reaching for the last piece of pizza at a party and see another hand going for it at the same time, your next move probably depends both on how you feel and whom the hand belongs to. Your little sister—you might go ahead and grab the pizza. Your boss—you’re probably more likely to step back and give up the slice. But if you’re hungry and feeling particularly confident, you might go for it.

Now, Salk researchers have made inroads into understanding how the mammalian brain encodes social rank and uses this information to shape behaviors—such as whether to fight for that last pizza slice. In mice engaged in a competition, the team discovered, patterns of brain activity differ depending on the social rank of the opposing animal. Moreover, the scientists could use brain readouts to accurately predict which animal would win a food reward—the victor was not always the more socially dominant animal, but the one more engaged in a “winning mindset.” The findings were published in Nature on March 16, 2022.

“Most social species organize themselves into hierarchies that guide each individual’s behavior,” says senior author Kay Tye, professor in Salk’s Systems Neurobiology Laboratory and Howard Hughes Medical Institute Investigator. “Understanding how the brain mediates this may help us understand the interplay between social rank, isolation, and psychiatric diseases, such as depression, anxiety, or even substance abuse.”

Researchers already knew that an area of the brain called the medial prefrontal cortex (mPFC) was responsible for representing social rank in mammals; alterations to a mouse’s mPFC change an animal’s dominance behavior. But it was unknown how the mPFC represented this information and which neurons (if any) were involved in altering dominance behavior.

In the new study, Tye and her team let groups of four mice share a cage, allowing a social hierarchy to naturally develop—some animals became more dominant and others more subordinate. Then, the researchers selected pairs of cohabitating mice to compete for food rewards in a “round robin” tournament style structure.

To capture the brain activity of the animals, as well as slight, difficult to measure differences in their behavior as they competed, the researchers spearheaded several new technologies. They used new wireless devices to record brain activity in free-roaming animals and developed a multi-animal artificial intelligence tracking tool to follow the movements of the mice over time, even when two animals looked identical. Finally, they turned to new modeling approaches to analyze the data.

As soon as the mice were paired up, the scientists discovered, the activity of neurons in their mPFC could predict—with 90 percent certainty—the rank of their opponent.

“We expected that the animals might only signal rank when they heard a beep to start the competition,” says co-first author Nancy Padilla-Coreano, an assistant professor at the University of Florida, who carried out the work while she was a postdoctoral fellow at Salk. “But it turns out that animals are walking around with this representation of social rank in their brain all the time.”

When the researchers next asked whether the activity of the mPFC neurons was associated with behavior, they found something surprising. The brain activity patterns were linked with slight changes in behavior, such as how fast a mouse moved, and they also could predict—a full 30 seconds before the competition started—which mouse would win the food reward.

While the more dominant mouse was usually predicted to win, sometimes the model accurately predicted that the subordinate animal would win. The model, the team says, was capturing competitive success, or what some people might call a “winning mindset.”

Just as you might sometimes be in a more competitive mood and be more likely to snatch that pizza slice before your boss, a subordinate mouse might be in a more “winning mindset” than a more dominant animal and end up winning.

The areas of the mPFC associated with social rank and competitive success are adjacent to one another, the researchers discovered, and highly connected. Signals on social rank, they say, impact the state of the brain involved in competitive success. In other words, a subordinate animal’s confidence and “winning mindset” may partially diminish when faced with the alpha mouse.

“This is the first time we’ve been able to capture these internal states that connect social rank to behavior,” says Kanha Batra, a graduate student in the Tye lab and co-first author of the paper. “At any timepoint, we could predict an animal’s next move from brain activity using these internal states.”

“This is all further evidence to suggest that we are in different brain states when we are with others compared to when we’re alone,” says Tye, holder of the Wylie Vale Chair. “Regardless of who you’re with, if you’re aware of other people around you, your brain is using different neurons.”