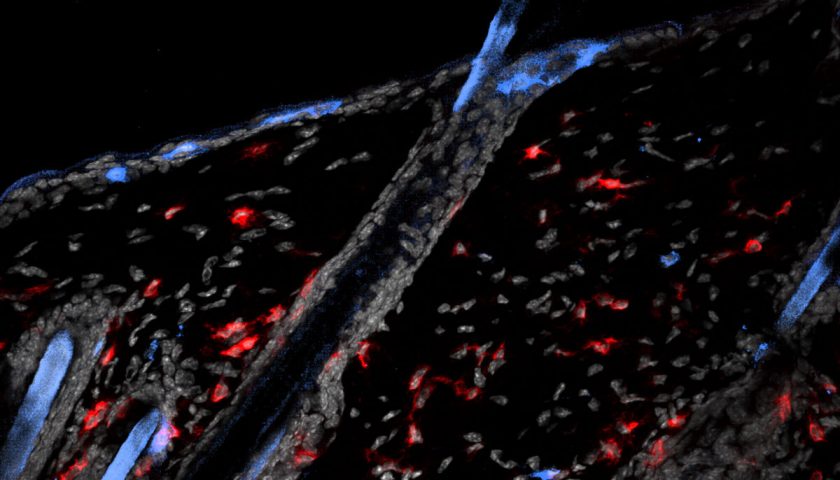 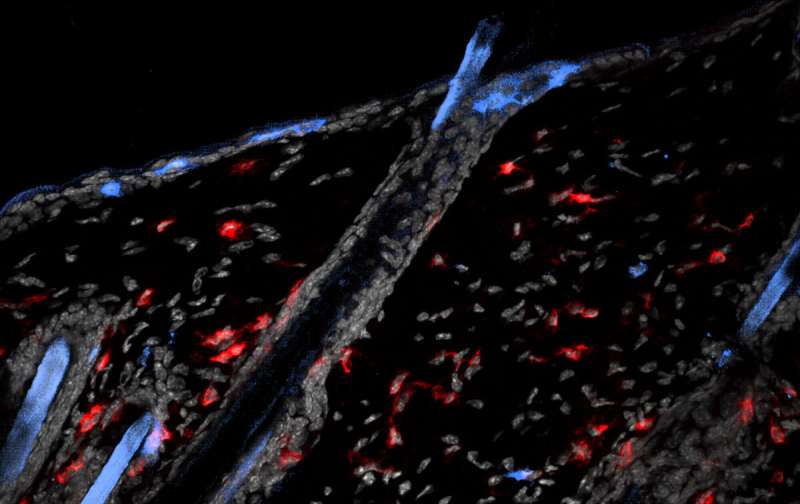 Researchers at the Peter Doherty Institute for Infection and Immunity (Doherty Institute) have identified how to increase the ability of tissue-resident memory T (TRM) cells to help fight viral infections and certain cancers.

This discovery adds to the growing knowledge around the huge potential of T cell-based vaccines and immunotherapies.

TRM cells are a type of immune cell found in body tissues that have been shown to be critical for immune protection against viral infections and solid tumors.

These cells are particularly important for pathogen control at epithelial surfaces of the body such as the skin and intestines, which are sites of entry for numerous microbes.

However, only certain subsets of TRM cells appeared to remain stationed in these epithelial tissues, and until now, it had not been understood why.

Published today in Nature Immunology, the research team led by University of Melbourne Professor Laura Mackay, a laboratory head at the Doherty Institute, identified the molecular switch that allows TRM cells to reside in the epithelia, and showed that this molecule could be deployed to enforce tissue residency in other cells to provide additional protection against viral infection.

“While CD8+ TRM cells have been identified in these epithelial layers, we have never understood why CD4+ TRM cells weren’t there,” Dr. Fonseca said.

“What was it that was allowing CD8+ TRM cells to behave in this manner and ‘stay put’ in epithelial tissues?”

The team examined the genetic differences between these TRM cell subtypes.

“We found key differences in the genetic controllers of CD8+ and CD4+ TRM cells. By utilizing CRISPR/Cas9 gene editing, we showed that while CD8+ TRM cells were dependent on the molecular regulator Runx3, CD4+ TRM cells used an alternate regulator—Runx1,” Dr. Fonseca explained. “Runx3 was the key. This was the gene that allowed CD8+ TRM to survive in the epithelia, so we simply genetically altered its expression in CD4+ TRM cells.

“Astonishingly, we found that by manipulating this one gene, CD4+ TRM cells could persist in the epithelial layer of the skin and intestine, and could more effectively protect against viral infection.”

Co-Lead author on the paper, the University of Melbourne Dr. Thomas Burn, explained that enhancing TRM cell formation is highly desirable for infection control. “TRM cells exist at points of pathogen entry, where they are ready to attack immediately when the body is in danger. Decoding how TRM cells survive in these frontline tissues goes a long way to helping us understand how these cells might be harnessed to fight infection.”

The team anticipate that this discovery could potentially lead to better therapies to treat infections and cancer.