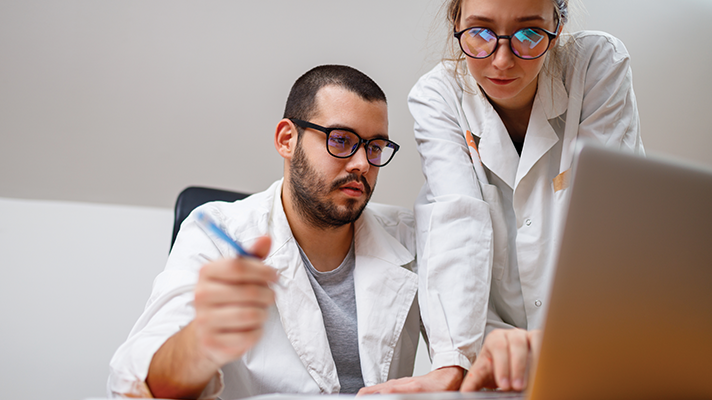 New electronic health record rollouts are infamously fraught with risk. At best, a they can cause workflow disruption, confusion among clinical staff and other minor inefficiencies. At worst, they can necessitate a temporary return to paper records, cost millions in remedial IT projects – or cause serious sentinel events.

As John Rekart, chief of quality management and informatics at the California Department of Corrections and Rehabilitation points out, “anywhere from 30 to 80 percent of EHR implementations over the past two decades failed and went back to paper.”

Health systems have gotten much better at it in recent years, but challenges related to new workflows, spotty training and poor preparation continue to put go-lives at risk.

Analytics can help. Rekhart’s experience – he was configuration architect for the mental health system at CDCR, and oversaw testing and implementation of systems at 35 institutions across California, including design and rollout of the EHR at a 1,700-bed correctional hospital – shows how smart use of data can target help toward those who might be struggling with the new systems.

In his role at CDCR Mental Health, Rekart leveraged data and analytics to boost the chances for a successful rollout. The insights derived from how clinical end-users were interacting with the new Cerner EHR led to successful implementations at all 35 locations, he said.

At HIMSS19, he’ll share insights into the value of such data for improving go-live success rates, how quality management tools can boost training results for EHR rollouts, and show some of the metrics and KPIs used by CDCR to build a data-driven implementation customized for its own particular needs.

“Basically I used some quality management techniques of monitoring and feedback to really help the project along,” said Rekart. “Our users go through 40 hours of training,” he added. “Our trainers go through 80. And they have to pass a knowledge check to certified.”

That test is administered via the CDCR’s intranet, he added, enabling easy access to the test data. “That was one of the ways we monitored. We used that data, and if they failed, we required people to retrain.”

But a more granular approach to the test score data enabled staff to make use of one its best assets – those “super users” who truly get the new EHR system and can help their peers and colleagues do the same.

“If you can’t answer the floor questions, you’ve identified people who need retraining. Then the people in the middle are competent users. And the people who answer the really hard questions are probably going to be your super users.”

Using that analytics-based approach to implementation has “worked out really well,” he said. It’s enabled CDCR staff, with help those superusers, to home in on the people who might need the most help and optimally allocate assistance to where needed.

“We used data to look at where people were in the process, then used focused and targeted interventions to get them going in the right direction: ‘Looks like you’re struggling with this, you need to focus on this,'” said Rekart. “After go-live we had a bunch of data flags that look at certain workflow variants, and we could see patterns and notice people who were veering from the workflow.”

The numbers speak for themselves. “We had a 25 percent reduction in sentinel events, post implementation,” he said. “Usually there’s an increase.”

While CDCR had “spent a lot of money on this,” that money wasn’t spent it on extra staff, he added. “I didn’t have 30 people for this, I had three. You’re basically testing people from a distance. We’re government, we needed to bootstrap. But use of the data helped us be very successful in that regard.”

Healthcare IT News is a publication of HIMSS Media.