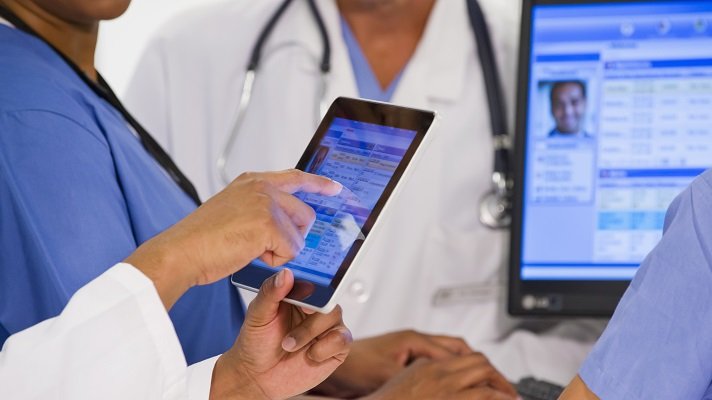 Keystone Human Services, a large behavioral health organization based in Lancaster, Pennsylvania, was facing replacement of two existing electronic health record systems. One system was no longer supported and the vendor that developed the application went out of business. The other system did not meet the provider organization’s billing needs.

Keystone owns and operates 370 homes throughout Pennsylvania, Delaware, New Jersey and Connecticut. Each home houses one to 16 individuals with intellectual disabilities, mental health issues or autism.

These individuals need to have their care, both medical and individual support plan related, documented, tracked and reported upon both internally and to the state and federal government. An EHR is necessary to track family history, medications, support plans, goals, outcomes, compliance issues, and communication to family members, the government and medical providers.

“First, we chose to implement an electronic medication administration system called CaraSolva,” said John Jabour, vice president and CIO at Keystone Human Services. “CaraSolva has been implemented at over 150 sites since we started and has a 92 percent customer satisfaction rating with our staff. We’re also implementing a product from Qualifacts called CareLogic for our EHR. This effort has just begun and will run through the end of 2019.”

“It is very easy to use on an iPad, which we have now rolled out to 200 homes,” he said. “The mobility allows us to document at the point of care, rather than administering in one part of the home and then documenting sometime later in another part of the home.”

It also alerts staff and supervisors when a medication is due and when it is past due. Keystone now is constructing interfaces to its pharmacies to avoid data entry issues.

“We are in the process of implementing CareLogic for all other EHR needs, other than electronic medication administration record,” he said.

There are many challenges with implementing an EHR at Keystone, Jabour said, including:

To successfully implement and launch an electronic medication administration record and an EHR, Jabour spells out a step-by-step plan.

Define the goals of the project. Subject matter experts document needs. Separate the list: Needed to operate the business versus wants or “nice to have.”

Develop a request for proposal. Find templates on the Internet. Know “needs” versus “wants.” Provide overview of the organization. Specify what one wants to know about the vendor. Specify how one wants the response to look.

Conduct vendor discovery sessions. Develop a vendor scorecard. At Keystone, more than 30 employees reviewed three systems, visited others using the software, and scored each finalist on many different criteria. Weight was given to numerical scores but also comments.

“The rollout of the electronic medication administration record has been very successful,” Jabour reported. “We’re now able to administer medications with an accurate log of when the medicine was offered and the outcome of the encounter. The system alerts staff when medications are required and alerts staff and supervisors when medications have been refused.”

The EHR has not yet been fully installed. However, Jabour said that Keystone staff already has had “great discussions” between departments about issues that really will set the direction for the support models for many years to come.

“Just going through this process has caused us to reexamine everything we do, from support to billing,” he said.

Post-implementation, the individuals staff supports will be better served by staff and leadership that have a complete picture of their needs, goals, support requirements, medical requirements and family requirements, he added.

“The long-term ability to collect massive amounts of data and turn that data into actionable information is key,” he said. “We will be able to see trends, make changes to our service model, highlight issues with medical providers, and eventually use predictive analytics and possibly artificial intelligence to prevent issues before they occur and further our mission to help individuals lead fulfilling lives in the communities where they live.”

“A project must be led by a champion from each service line,” Jabour advised. “This is a service line project, not an IT project. Assemble a team of subject matter experts to document requirements. Engage many other employees by inviting participation in the demonstrations.”

Allow for time after the demonstrations for breakout groups to deep-dive into specific functionality, he added. Contact at least three references and do at least one site visit, he advised. Negotiate the terms and conditions, service levels, and pricing before staff become enamored with one package, he said.