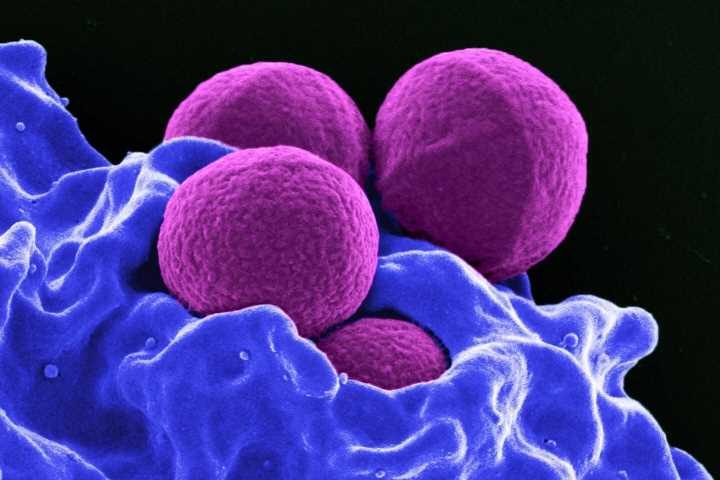 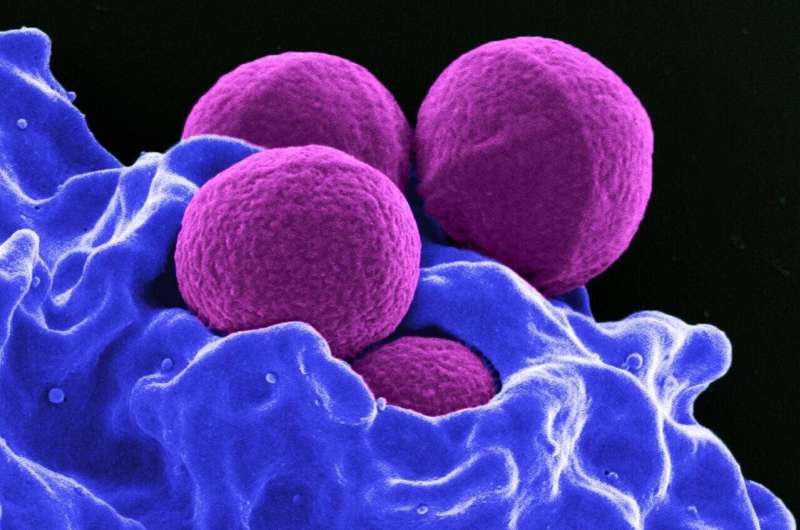 Staphylococcus aureus (S. aureus) ranks among the globally most important causes of infections in humans and is considered a dreaded hospital pathogen. Active and passive immunization against multi-resistant strains is seen as a potentially valuable alternative to antibiotic therapy. However, all vaccine candidates so far have been clinically unsuccessful. With an epitope-based immunization, scientists at Cologne University Hospital and the German Center for Infection Research (DZIF) have now described a new vaccination strategy against S. aureus in the Nature Partner Journal npj Vaccines.

S. aureus causes life-threatening conditions such as deep wound infections, sepsis, endocarditis, pneumonia or osteomyelitis. Furthermore, the increase in antibiotic resistance such as in case of the methicillin-resistant S. aureus (MRSA) poses new challenges in medicine. In the past, numerous vaccines against S. aureus were developed, but without exception they proved unsuccessful in the clinical trial stages. “For the future development of vaccines, this means that the traditional approaches in vaccine development have to be qualitatively changed in order to achieve a breakthrough for an effective vaccine against S. aureus,” explains Prof. Dr. Martin Krönke, Director of the Institute for Medical Microbiology, Immunology and Hygiene at Cologne University Hospital.

After decades of research, the Cologne scientists have now published a new promising vaccine strategy against S. aureus. Having initially characterized several S. aureus antigens as potential vaccine candidates, they went a step further. With the aid of monoclonal antibodies that had shown a protective effect in the infection model, Dr. Alexander Klimka, first author of the study and head of a DZIF working group, was able to establish the precise location of their binding sites, known as epitopes, in the vaccination antigens.

“For the S. aureus protein coproporphyinogen III oxidase (CgoX), we were able to narrow the epitope to a section comprising 12 amino acids,” Klima explains. “What makes this work special is that it has been possible with this extremely small section of CgoX to trigger a protective immune response against the S. aureus infection. Narrowing the vaccine to a small epitope of 12 amino acids constitutes an unprecedented precision of a vaccine candidate against S. aureus.”