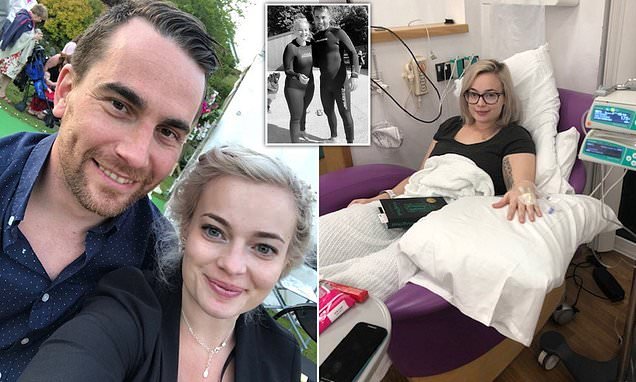 Hairdresser, 28, claims chronic arthritis makes her sex life BETTER after she was diagnosed with the painful joint condition at 16

A woman struck down by crippling rheumatoid arthritis when she was just a teenager claims the agonising condition has improved her sex life.

Kate Stallard, now 28, was diagnosed with the autoimmune disease when she was only 16 years old – it most often affects women between the ages of 30 and 50.

Her arthritis, which causes constant pain in her joints, has meant she can only work part time and is unable to get out of bed some days.

The hairdresser, from Bude, Cornwall, feared it would be a barrier to her relationship with Karl Lovell, 31.

But Miss Stallard was pleased to find the condition brought them closer, and said working together to make sex painless ‘intensifies the pleasure’. 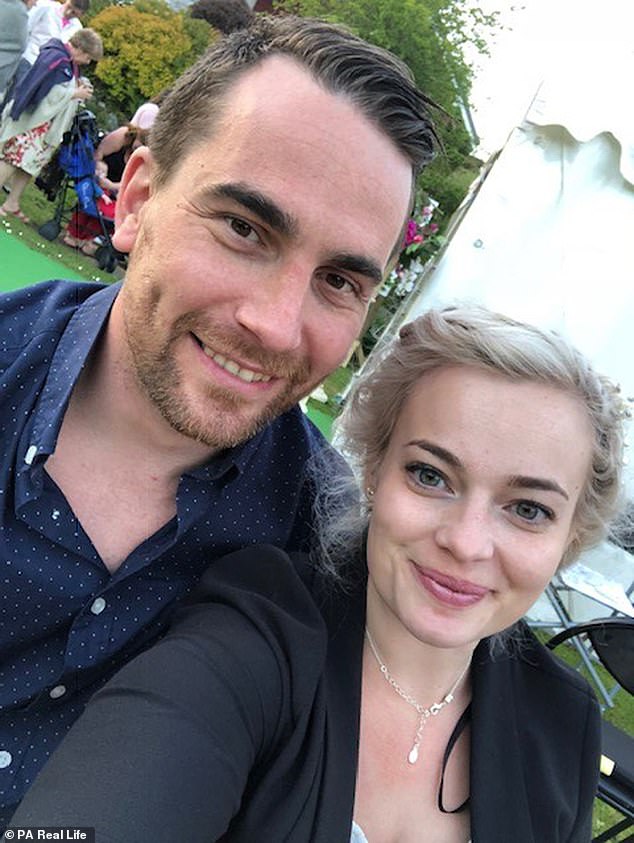 Kate Stallard, 28, feared her arthritis would be a barrier to her relationship with Karl Lovell, 31 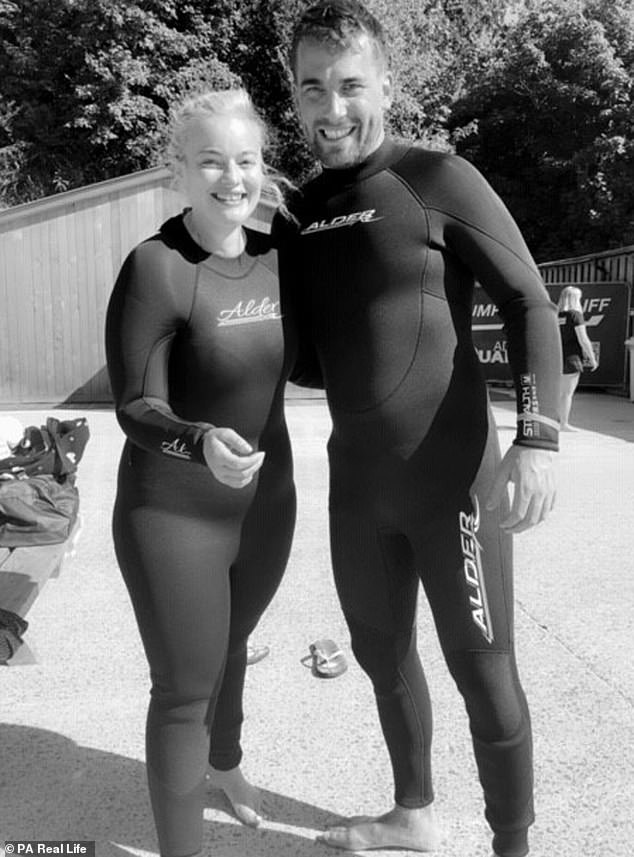 But Miss Stallard was pleased to find the condition brought the couple, from Bude, Cornwall, closer, and said working together to make sex painless ‘intensifies the pleasure’ 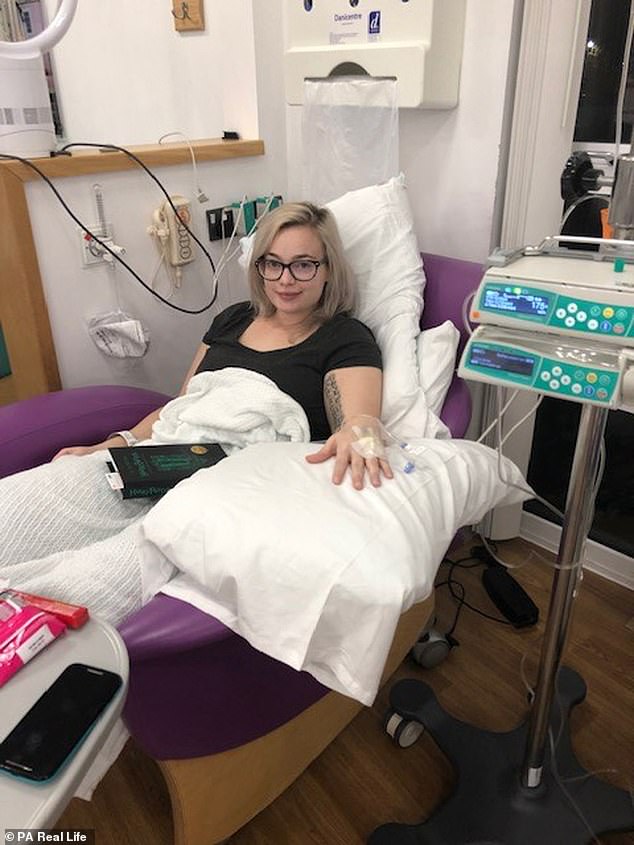 Miss Stallard, now 28, was diagnosed with the autoimmune disease when she was only 16 years old – it most often affects women between the ages of 30 and 50

Miss Stallard said: ‘There are obviously times when we have to adapt to where my pain might be on a particular day and try different sexual positions that are more comfortable for me.

‘But it is always worth it and I think that it actually makes us closer in the bedroom, because working around the pain intensifies the pleasure of it all.’

Mr Lovell, a logistics manager, said: ‘We don’t have the same difficulties as other people, who might wake up in the morning and worry about morning breath.

‘Instead, we are worrying if Kate will be able to move. But, in many ways, sharing those difficulties is what has brings us closer together.

‘There may be days when Kate’s condition is particularly bad, but that makes the good days all the more magical, and you have to hold on to every second of them.’

Miss Stallard first began to notice problems with her joints when she was 14, after her left knee began to swell up, making it difficult for her to straighten her leg.

A sporty teenager, whose favourite school subject was PE, Miss Stallard was dismayed when the swelling became so bad she needed surgery.

Medics first believed a build-up of fluid was causing her knee pain. 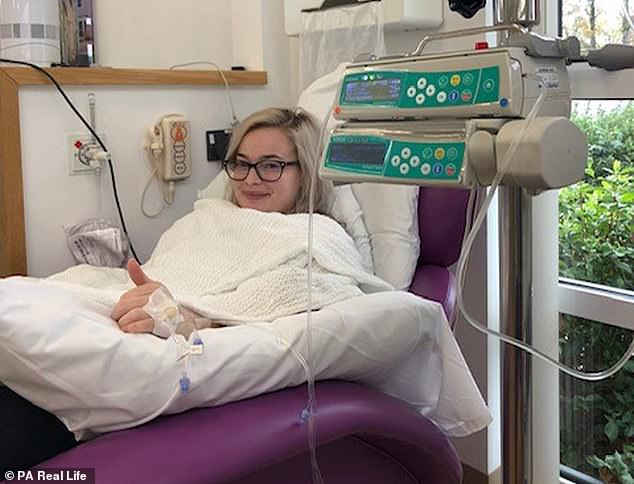 Miss Stallard’s arthritis is an auto-immune illness, meaning that her immune system is attacking her own healthy tissues. It is incurable, and she must take medication to ease her pain

When the pain rapidly spread to other joints including her hips, wrists, shoulders and fingers, it became clear that something much more serious was happening.

On some days the pain was so agonising Miss Stallard struggled to lift herself out of bed, she said.

And in 2006, aged 16, she was diagnosed with rheumatoid arthritis, an auto-immune form of arthritis, which is incurable with no known trigger.

More than 400,000 people in the UK have rheumatoid arthritis – around one per cent of the population – and around 1.3million US adults.

‘It was quite a relief being diagnosed, as finally I knew what was wrong with me,’ said Miss Stallard.

‘At the time, I wasn’t really thinking about the fact that this would affect me quite profoundly for the rest of my life.

‘I heard arthritis and just thought, “Oh, it’s the sort of thing my Nan has, it won’t be so bad”.’

But when Miss Stallard had a flare up, a time when the symptoms became more intense, performing even the smallest task was agony. 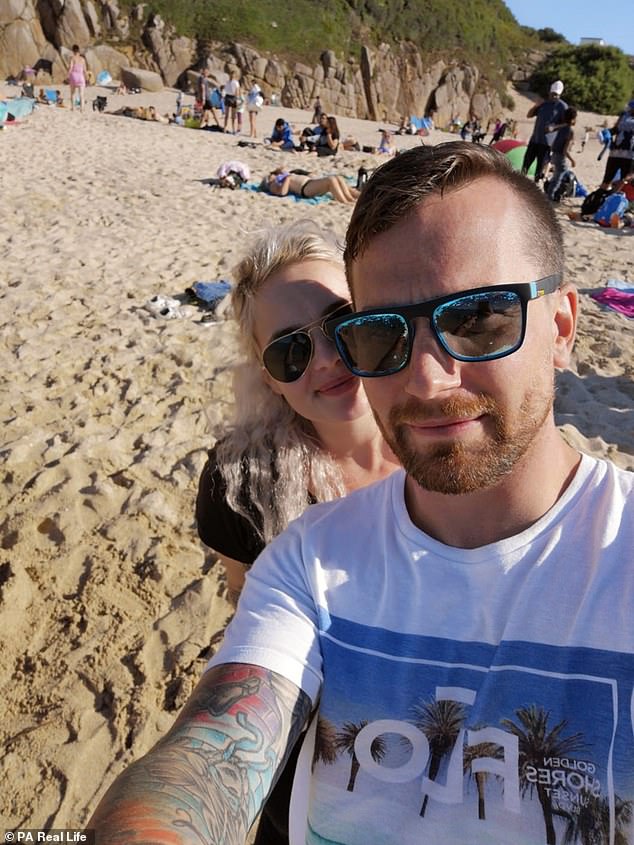 Miss Stallard feared that Mr Lovell, whom she met in June 2017, would not understand her condition, and fretted that it would come between them 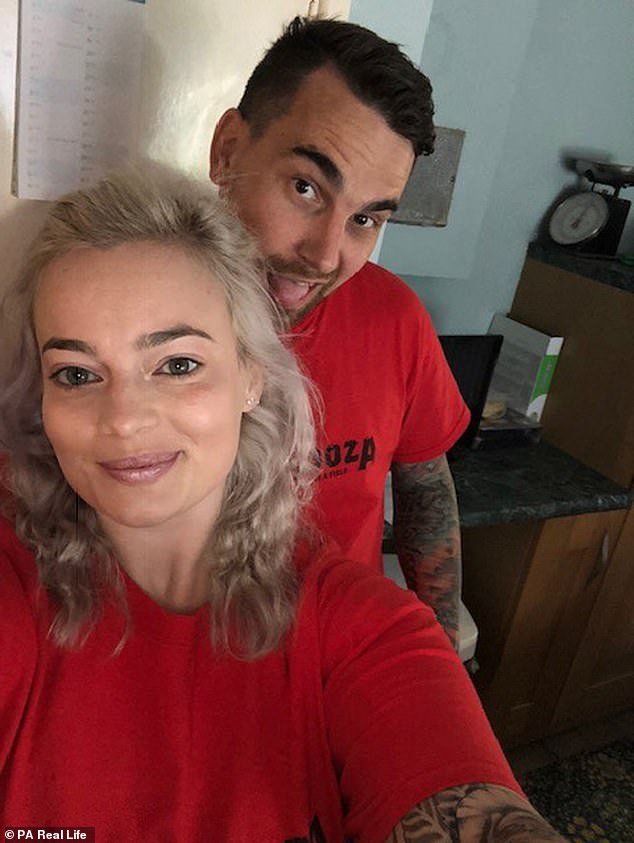 However, the couple have said her good days are ‘magical’ and have brought them closer

Sadly, she underestimated the impact of the disorder, which left her in pain and with fatigue, and she was prescribed steroids for pain-relief and anti-rheumatic drugs.

After leaving school at 16 she could only work part-time, leading to her taking up hairdressing a few days a week.

But with the pain most severe in her knees, she was okay to work as a hairdresser, though she said she occasionally had to wear a wrist splint on her days off.

‘As my arthritis began to get worse stupid little things that I normally took for granted became impossible, like holding a pen or pouring sauce on my food,’ she said.

Then, in June 2017, she met Mr Lovell, a logistics manager, through a mutual friend.

After a few weeks, the pair started dating, discovering they were clearly a good match and bonding over their shared love of the seaside and sense of humour.

But Miss Stallard fretted over how she would tell him about her arthritis which, by then, was causing flare-ups almost every week.

Fate intervened, according to Miss Stallard, who recalled: ‘We were lying in bed one morning a couple of weeks into the relationship and suddenly I could feel a flare-up coming on.

‘I tried to ignore it and pretend that nothing was wrong, but then as I got out of bed and stood up, I was just completely paralysed down my left side and couldn’t move an inch. 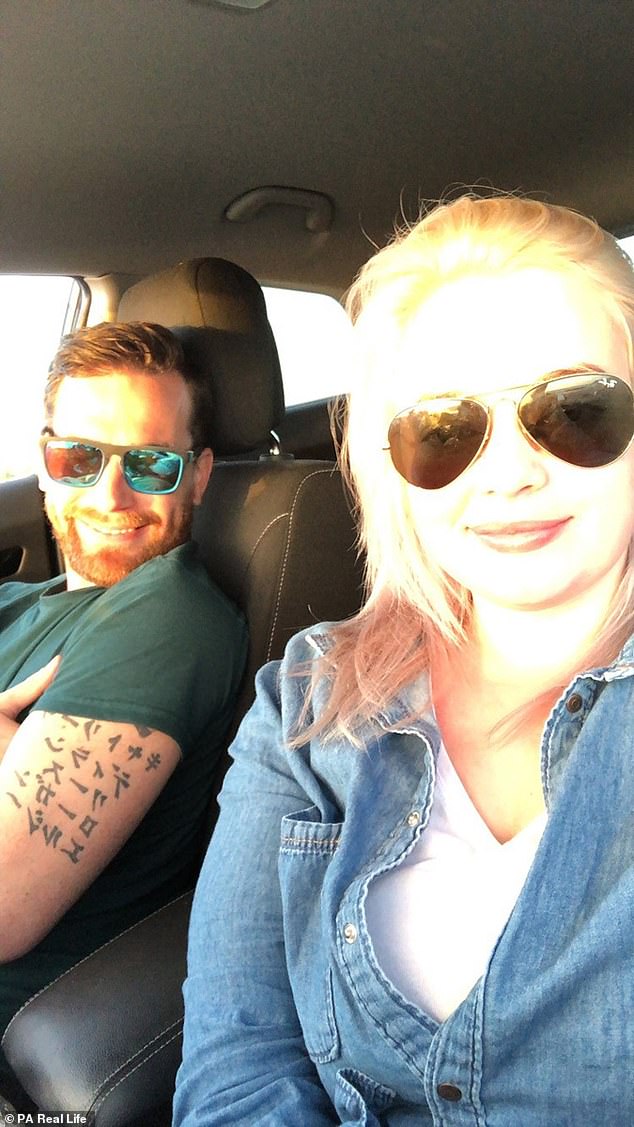 Miss Stallard said she worries that Mr Lovell should be with someone else, but he remains adamant that he wants her despite her agonising condition

Miss Stallard, pictured with Mr Lovell, said regular swelling around her joints affects her self esteem and makes her feel self-conscious

‘And that’s when I explained about my arthritis. To my great relief, Karl was completely understanding about it.’

Far from putting the brakes on their romance, their relationship continued to blossom and, after a little over a year together, she and Mr Lovell, who has three children from previous relationships, moved into a house together.

But after 18 months Miss Stallard still feels her condition can put a strain on their relationship.

‘I have good days and bad days, and I know it can be hard for Karl to know which day is which sometimes,’ she confessed.

‘For example, the other day I wasn’t feeling great and he slapped my bum, playfully, which really was not what I needed and I was very short with him.

‘Of course, it’s not his fault at all, but it can sometimes be difficult.’

The regular swelling around her joints also affects Miss Stallard’s self esteem and makes her feel self-conscious.

She continued: ‘There are times when I get paranoid and think that everybody must be staring at me, because my knee has swollen up, or because I’m having trouble moving.

‘And that really makes me wonder what Karl could possibly see in me.

‘Sometimes, I wonder if he wouldn’t be better off with someone normal who didn’t have all these problems.’

But Mr Lovell remains adamant that there is only one woman he wants to be his Valentine.

Miss Stallard is speaking out to encourage other people not to suffer in silence and get in touch with Versus Arthritis, a UK charity dedicated to helping people with the condition, for support.

WHAT IS RHEUMATOID ARTHRITIS? THE AGONISING LONG-TERM ILLNESS THAT IS INCURABLE

Rheumatoid arthritis (RA) affects around 400,000 people in the UK

Rheumatoid arthritis (RA) affects around 400,000 people in the UK and nearly 1.3 million adults in the US.

Women are up to three times more likely to develop the condition than men. Those with family history of rheumatoid arthritis are also more vulnerable.

It is a long-term illness in which the immune system causes the body to attack itself, causing painful, swollen and stiff joints.

RA, the second most common form of arthritis that often begins between the ages of 40 and 50, tends to strike the hands, wrists and knees.

Scientists are currently unsure as to the exact cause of RA, but smoking, eating lots of red meat and coffee drinkers are at higher risk.

A cure has yet to be found, but treatments are available and proven to help slow down the progressive condition.

Patients can manage their agonising symptoms with over-the-counter drugs that combat the inflammation, such as aspirin.

But some will need replacement joints to relieve them of their pain. Exercise is recommended as it can help to look after joints.