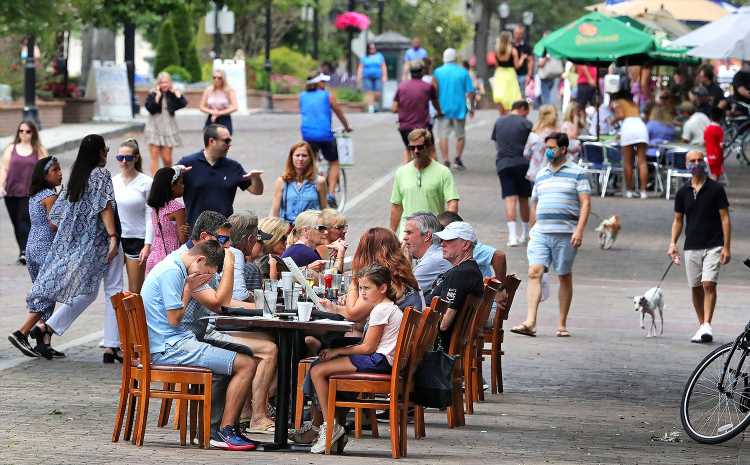 It's been three months since the novel coronavirus was officially declared a global pandemic — but the virus continues to have a deadly impact around the globe.

On Sunday, the global death toll from COVID-19 surpassed 500,000 according to data from Johns Hopkins University. As of Monday, there have been at least 502,719 deaths around the world, with over 100,000 being reported in the United States, which also has the most confirmed coronavirus cases in the world, currently topping 2.5 million.

Globally, there have been at least 10,189,350 confirmed coronavirus cases.

"The Americas continues to account for the most cases. For several weeks, the number of cases reported each day in the Americas has been more than the rest of the world put together," World Health Organization Director-General Tedros Adhanom Ghebreyesus said earlier this month.

The grim milestones come as the United States has been experiencing a surge in cases around the country. As of Sunday, only two states — Connecticut and Rhode Island — reported a decrease in cases, according to CNN.

Among the states that have been flooded with new cases are Arizona, Texas and Florida, which are all seeing record numbers of new infections.

On Sunday, health officials in Arizona reported an increase of 3,858 confirmed cases, the state's highest reported in a 24-hour period to date, according to KVOA. Although officials only reported 625 new cases on Monday, they cautioned that the data did “not reflect all the new cases” as one of their labs had not submitted its daily report on time.

This represents a massive increase from just weeks earlier. On June 12, Arizona hit its then highest daily total, with 1,642 new cases, which was around three times more than daily totals in April and May.

Florida has also experienced a record number of cases, as the spike in cases that doctors had been warning of in April finally arrived.

On Sunday, the amount of confirmed cases rose by 8,500, according to NBC Miami. The increase was slightly less than what was reported the previous day, when the state set a new record with 9,585 new coronavirus cases.

In response to the growing number of cases, state officials banned drinking at bars on Friday, although bars will still be allowed to sell alcohol in sealed containers for off-site consumption.

Miami issued an emergency order on Thursday mandating that people wear masks in public or face a fine up to $500. Beaches across the county will also be closed for Fourth of July weekend.

Amid two weeks of increased cases, Texas reported its highest increase over the weekend — with an additional 6,263 confirmed cases on Saturday, according to the Houston Chronicle.

Before June, the state typically only reported a daily increase between 1,000-2,000.

With cases on the rise in most of the country, former Food and Drug Administration commissioner Scott Gottlieb has warned that unless something changes, the percentage of Americans who have been infected will only keep increasing.

“By the time we get to the end of this year, probably close to half the population will have had coronavirus, and that’s if we just stay at our current rate,” Gottlieb said during a CNBC interview on Monday.

As information about the coronavirus pandemic rapidly changes, PEOPLE is committed to providing the most recent data in our coverage. Some of the information in this story may have changed after publication. For the latest on COVID-19, readers are encouraged to use online resources from CDC, WHO, and local public health departments. PEOPLE has partnered with GoFundMe to raise money for the COVID-19 Relief Fund, a GoFundMe.org fundraiser to support everything from frontline responders to families in need, as well as organizations helping communities. For more information or to donate, click here.