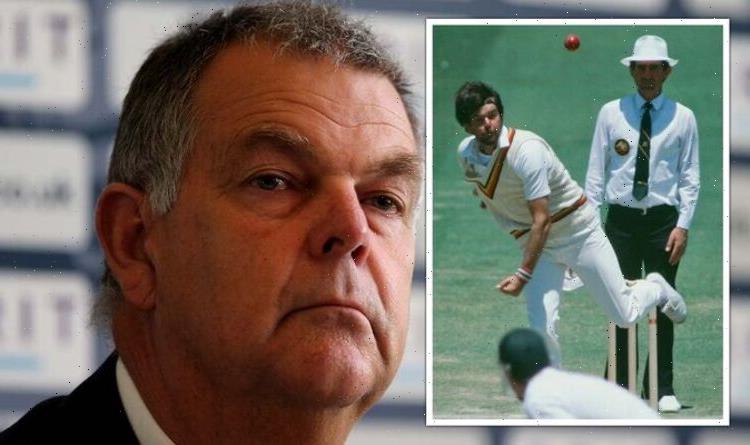 Last summer, the ex-cricketer, who turns 70 in September, found out why he was struggling to urinate. Miller, 69, who won 34 caps for England and spent 13 years as a selector for the club, was diagnosed with prostate cancer. In a recent interview, he has talked openly about his ordeal and tried to spread awareness about the condition.

After being diagnosed with prostate cancer last summer, the cricketer underwent surgery to remove his prostate gland, which cured him of the condition.

“I’ve still got the pads on, they’re just not cricket pads,” Miller joked during a chat with the Sportsmail, referring to the incontinence pads he uses following his operation that led to a loss of bladder control.

But jokes aside, Miller knows too well how important it is to take prostate cancer seriously.

He said: “You need to get it tested and get it sorted.”

High PSA levels may be a sign of prostate cancer, which roughly one in eight men are diagnosed with over their lifetime, according to the NHS.

After his diagnosis last summer, Miller was “actually relieved” to finally get an explanation for his high PSA levels as well as his problems with peeing.

“It’s a strange thing to say but I knew there was a problem, so at least they had finally found out why I couldn’t pee, why my PSA was going up and I needed to do something about it,” he said.

Around 14,000 men could have undiagnosed prostate cancer, according to Prostate Cancer UK. Despite this, there is no official NHS screening programme in the UK and the health body is cautious about providing PSA tests.

The consultant urologist Mr. Philip Charlesworth of GenesisCare explained: “If you report any concerns to a GP they’ll often council you about the pros and cons of having a PSA blood test done.”

After Miller was given his diagnosis, he was given a choice of treatments.

“The specialist said I had three options – constant surveillance, radiotherapy, or out. I decided to have it out. Once it’s out, it’s out and so long as it’s not spread, you are good,” he said.

The cricketer underwent keyhole surgery, which he revealed by lifting his top to unveil some cuts from the surgery.

This type of surgery is when small incisions are made in your lower abdomen to create an entry for surgeons to remove the prostate gland using surgical tools.

For Miller he was more “disturbed” by a change in his character that might come from the surgery than the pain he might suffer, he told the interviewer.

The possible side effects of this type of surgery, both of which Miller developed, are erectile dysfunction and urinary incontinence.

“There’s no erections, that’s gone,” he said. Miller also revealed that he lost a stone and a half.

Despite such a major revelation, he stopped the female hospital staff who was diagnosing him mid-conversation and said: “End of conversation. I have had my life. Don’t worry about that.”

There are no visible symptoms of prostate cancer until it has grown so large as to put pressure on the urethra – the tube which carries urine from the bladder out of the penis.

When this occurs though, people with prostate cancer may need to pee more frequently, often during the night, or need to rush to the toilet, according to the NHS.

They may also have blood in their urine or semen, difficulty in starting to pee, and a weak flow.