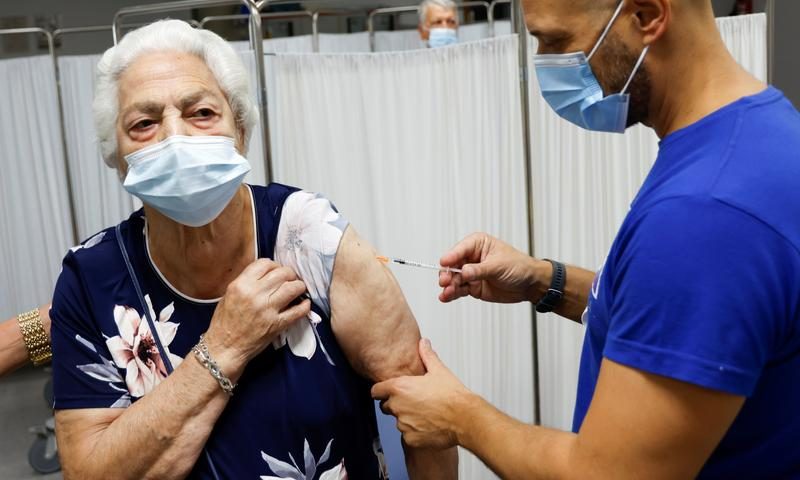 (Reuters) – China is demanding faster and more accessible COVID-19 testing services in its latest effort to reinforce a zero-tolerance policy, while Russia and Bulgaria reported a record number of daily deaths.

* Spain, which hit the grim milestone of 5 million cases during the pandemic, will give a booster injection manufactured by Pfizer or Moderna to people who received Johnson & Johnson’s single-shot vaccine.

* The European Union’s drug regulator said it has concluded in its review that Moderna’s COVID-19 booster vaccine may be given to people aged 18 years and above, at least six months after the second dose.

* Ukraine’s health minister urged more people to get their shots as deaths hit a daily record and hospitalisations were up more than a fifth on the previous week.

* Switzerland said it was recommending COVID-19 booster shots for people over 65 but not for the general population.

* Becton Dickinson and Co has partnered with Amazon.com Inc to begin shipment of a new at-home rapid COVID-19 test that can confirm results using an entirely automated smartphone app.

* Singapore will allow quarantine-free entry to travellers vaccinated against COVID-19 from Australia and Switzerland from Nov. 8, the city-state’s aviation regulator said.

* The African Union intends to buy up to 110 million doses of COVID-19 vaccine from Moderna in an arrangement brokered in part by the White House, which will defer delivery of some doses intended for the United States to facilitate the deal, officials told Reuters.

* BioNTech signed an agreement with the Rwandan government and Institut Pasteur de Dakar in Senegal on the construction of the first mRNA vaccine manufacturing facility in Africa starting in mid-2022.

* An expert panel voted overwhelmingly to recommend the U.S. Food and Drug Administration authorize the Pfizer and BioNTech vaccine for children ages 5 to 11, saying the benefits of inoculation outweigh the risks.

* U.S. consumer confidence unexpectedly rose in October as concerns about high inflation were offset by improving labor market prospects, suggesting economic growth was picking up after a turbulent third quarter.

* Taiwan’s trade-reliant economy is expected to have expanded at a slower pace in the third quarter due to the island’s COVID-19 outbreak, a Reuters poll showed.