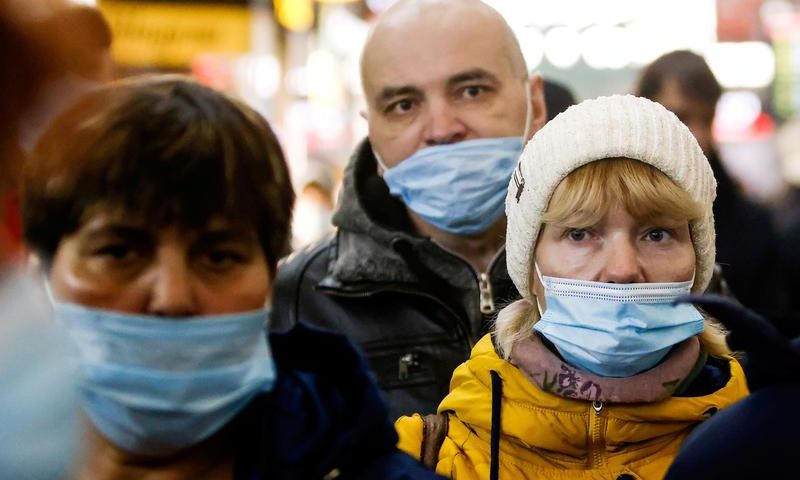 (Reuters) – Deaths and infections related to COVID-19 have declined across the Americas for the eighth consecutive week, the Pan American Health Organization said, adding that a very high percentage of hospitalized cases now were unvaccinated people.

* Five Russian regions said they would extend a one-week workplace shutdown that took effect nationwide on Oct. 30 in response to a surge in COVID-19 cases, as the death toll from the country’s epidemic hit a record high.

* Christmas may be difficult as the pandemic is not over, England’s deputy chief medical officer said, urging people to behave with caution and come forward for booster shots.

* Italy’s medicines agency AIFA recommended a booster of the Pfizer-BioNTech or Moderna vaccine to those inoculated with the Johnson & Johnson shot.

* Several hundred people blocked traffic in the centre of the Ukrainian capital Kyiv to protest against restrictions and mandatory vaccinations.

* Canadian employers are firing or putting on unpaid leave thousands of workers who refused to get COVID-19 shots, squeezing an already tight labour market and raising prospects of potentially disruptive legal challenges.

* The major Canadian province of Ontario said it was expanding eligibility for COVID-19 booster shots from Saturday to those over 70 as well as health care workers and some essential care givers.

* The United States began administering the COVID-19 vaccine to children aged 5 to 11, the latest group to become eligible for the shots that provide protection against the illness.

* Chilean presidential candidate Gabriel Boric, champion for the left and one of the top runners in pre-election polls, tested positive for COVID-19 less than three weeks before the Andean country votes.

* The World Economic Forum said it was postponing its event planned for later this month in the Chinese city of Tianjin due to the outbreak of COVID-19 cases in the country, where new locally transmitted cases hit a near three-month high.

* South Korea said it would ramp up testing at schools after a sharp rise of infections among children, weeks ahead of a plan to fully reopen schools nationwide.

* The Saudi Food and Drug Authority has given its approval to use Pfizer’s COVID-19 vaccine for those between five and eleven years of age.

* West and Central Africa could see a rise in HIV infections and AIDS-related deaths in a few years due to disruptions in health services because of the pandemic, the executive director of the U.N. AIDS agency said.

* Russia’s one-dose Sputnik Light vaccine had a good safety profile and induced strong immune responses especially in people who had already encountered COVID-19, according to the results of phase I and II trials.

* World shares climbed as U.S. Treasuries rose and the curve steepened after the U.S. Federal Reserve, as expected, approved plans to begin scaling back its bond-buying stimulus program this month and end it by June. [MKTS/GLOB]

* The Federal Reserve threw its weight back behind the drive for a full U.S. jobs recovery, restating its belief that current high inflation is “expected to be transitory.”