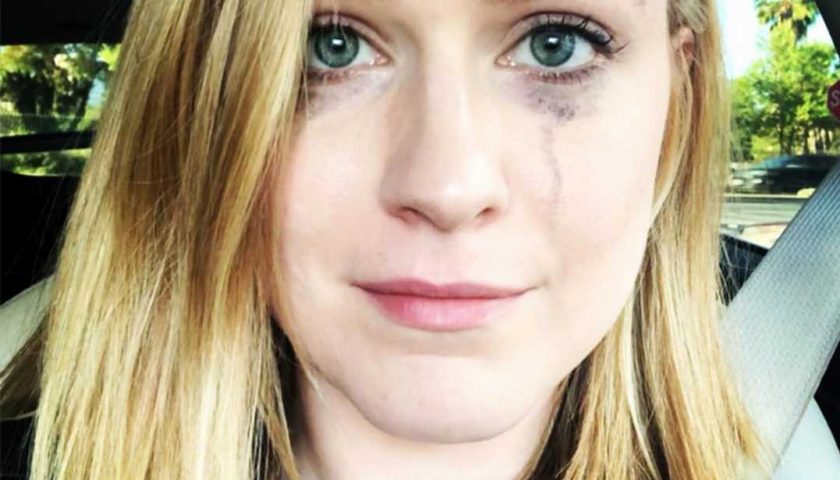 The actress, 31, shared that she started on a specialized therapy, called EMDR, or Eye Movement Desensitization and Reprocessing, to work through past trauma.

“It’s a kind of trauma therapy and I must say, is absolutely fantastic,” Wood wrote on Instagram, along with a photo of her mascara-stained face. “Crying has never felt so good.”

In EMDR therapy, people think back to a traumatic event and then use their eyes to track a therapist’s hand movements.

“As this happens, for reasons believed by a Harvard researcher to be connected with the biological mechanisms involved in Rapid Eye Movement (REM) sleep, internal associations arise and the clients begin to process the memory and disturbing feelings,” says the EMDR Institute.

“For people struggling with their past traumas and have the means to do so (which everyone should and it pisses me off that mental health is a luxury) I highly recommend this intense but very effective treatment,” she said. “This is what I look like after a session. Been through a lot, purged a lot, but my eyes are clear and hopeful.”

The comments below her post filled with people singing the praises of EMDR, including comedian Whitney Cummings, who said, “EMDR saved my life.”

Wood revealed in 2016 that she has been raped twice, and suffered “physical, psychological [and] sexual abuse.”

And in January, the Westworld star said that she attempted suicide at age 22 after the years of abuse, which pushed her to seek help and check into a psychiatric hospital.

“Looking back, it was the worst, best thing that ever happened to me,” Wood wrote in an essay for Nylon. “The beautiful thing about being at the bottom is there is nowhere to go but up. I wasn’t supposed to be alive, so nothing I did at that point mattered. I had already proven to myself nothing mattered. So, I may as well surrender.”

Wood realized that she was struggling with PTSD “and didn’t know it.”

She made significant progress in the hospital with the help of medication and eventually checked out, and in the years since, Wood has continued going to therapy and slowly weaned herself off of the medication.

“Depression isn’t a weakness, it’s a sickness. Sometimes a deadly one. And sometimes all people need is to know that they are loved and that others are there for them,” she said.

If you or someone you know is considering suicide, please contact the National Suicide Prevention Lifeline at 1-800-273-TALK (8255), text “home” to the Crisis Text Line at 741-741 or go to suicidepreventionlifeline.org.