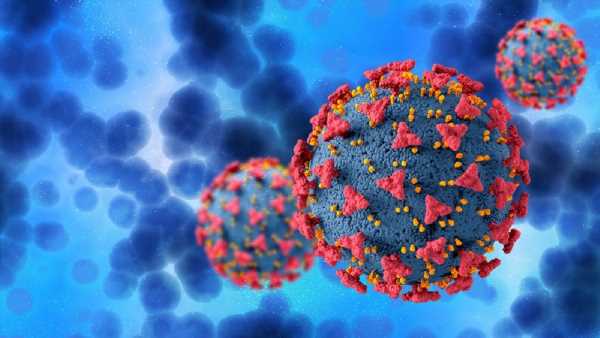 Asymptomatic SARS-CoV-2 infections made it challenging to estimate the magnitude of viral spread and fatality rate throughout the pandemic. Consequently, the case fatality rate (CFR) was typically between 1% and 4%, varying across populations because of testing, treatment practices, and other factors. The ratio of fatalities to total infections or the coronavirus disease 2019 (COVID-19) infection fatality rate (IFR) was between 0.5% and 1% for pre-vaccinated populations similar in demographics to the United States (US) population. The data reflects that a minimum of 50% of cases were so mild that they could be considered asymptomatic.

Modeling studies have typically assumed lower transmissibility for asymptomatic individuals. Although asymptomatic transmissibility is also more heterogeneous depending on outbreak settings, the researchers primarily focused on a homogeneous population and age-related effects. Asymptomatic individuals are less likely to get detected by testing and take fewer precautions but are relatively more likely to infect others. Altogether, asymptomatic infections reduce severe outcomes at an individual level but could worsen population-level outcomes and present additional challenges to managing the overall disease burden due to the possibility of long COVID.

For study calculations, they assumed that asymptomatic and symptomatic infections in protected and unprotected people had the same reproduction numbers. Furthermore, the researchers evaluated the impact of behavioral effects on invading variants. First, they simulate the dynamics of a wild-type variant for a year using their base model. Next, they simulated a new variant invading a partially immune population using their extended model where the immunity was derived from natural infections caused by the wild-type variant in the first year. They considered two types of variants, one with the same severity p and a milder one with higher p.

The researchers observed that protection against infection scales the fatality curve nonlinearly, reflecting the nonlinear relationship between R0 and the final size of the outbreak. The impact of protection against symptoms Ɛs was equivalent to changing the asymptomatic fraction p for the protected population because protected individuals are less likely to develop symptoms.

The peaks of the fatality curves moved to lower values of p as they increased the degree of protection Ɛs. Therefore, for lower p values, protection against symptoms could increase the total fatalities at the population level by increasing the proportion (and number) of asymptomatic individuals who can readily transmit infections to other individuals.

In a scenario where immunity only protected against symptoms, protection against symptoms allowed new variants to spread faster by increasing the number of asymptomatic infections, resulting in larger outbreaks. Although the milder variant exhibited a faster epidemic growth rate and reached a higher peak, it would attain a similar peak fatality as the more severe variant. Asymptomaticity–fatality curve revealed that when δ values are large, invading SARS-CoV-2 variants causing asymptomatic infections would spread more effectively. As a result, population-level outcomes would be much less worse provided immunity protected symptoms but not infection or transmission.

The outcomes of the study simulation resembled the dynamics of the SARS-CoV-2 Omicron variant. Despite moderate levels of vaccine effectiveness against Omicron, it could not cause severe cases, especially after booster shots. Its immune evasion helped Omicron to cause more infections in South Africa than previous variants, although milder than the Delta variant. Yet, Omicron caused more hospitalizations and deaths than the Delta variant in many locations.

The study highlighted the significance of the immunity profile in determining the dynamics of future SARS-CoV-2 variants. However, its results also raised concerns that non-symptomatic transmission leads to worse outcomes at the population level. The study model also reinstated the need for prioritizing testing programs for asymptomatic COVID-19 cases, indoor mask-wearing, and improving ventilation systems. All these interventions could help mitigate the risk of asymptomatic SARS-CoV-2 spread and reduce fatality rates.