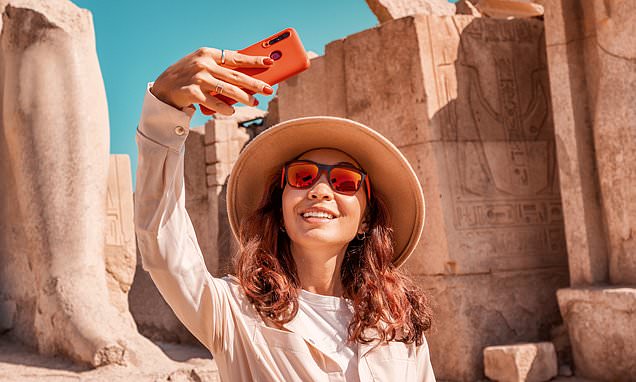 DR MICHAEL MOSLEY: A holiday is more than just a break… it can do wonders for your heart

Snaking queues just to enter an airport, day-long waits to get on a ferry, last-minute cancellations, train strikes. The travel chaos experienced by many so far this summer might put others off the idea of having a holiday at all — but I sincerely hope it doesn’t.

Taking a holiday is not just a chance to get away from it all; studies have uncovered some unexpected benefits, so much so that academics from Edith Cowan University in Australia last month published a paper arguing that we should see holidays not as recreation but as ‘travel therapy’.

They say getaways can be especially beneficial for your brain, as they provide sensory and cognitive stimulation, and could be viewed as an ‘intervention’ for those with dementia, for example, much like exercise or art therapy.

One of the clearest benefits I take from going away is that I sleep better. Normally I wake up at around 3am needing to go to the loo, then often struggle to get back to sleep. But when I am on holiday I find it much easier to drop off again. 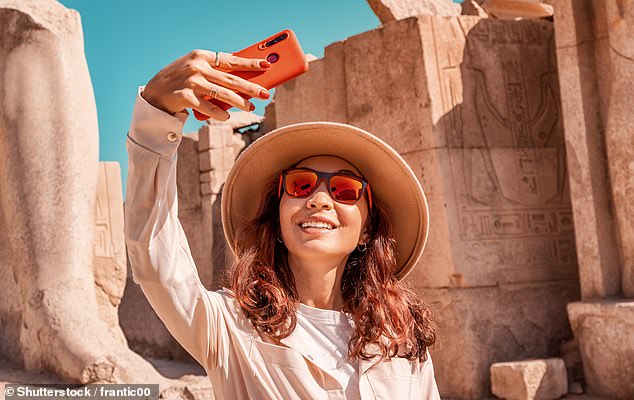 And this seems to be quite common. In a 2006 study in New Zealand, a group of volunteers who were about to go away were put through a battery of tests and then asked to wear sleep monitors on their wrists. After a few days of being on holiday, researchers found the volunteers were getting on average an extra hour of good-quality sleep each night, compared with a normal night. And their mood and reaction times also improved.

Part of this is probably down to the fact that after a few days on holiday you tend to feel less stressed (unless, of course, you have also lost your luggage . . .) but it may also be because sleeping in a different bed and in a different environment helps break some of the negative connections that bad sleepers have with their beds at home.

Poor sleep can sometimes become like a phobia — you learn to associate going to bed with waking up at 3am and staying awake. The more this happens, the more likely it is to go on happening.

Being on holiday, somewhere different, can break this negative association. And this can persist after you return.

Another important benefit of being on holiday is the impact it has on your heart. In 2019, researchers from Syracuse University in the U.S. invited 63 people to a laboratory where they had blood tests. They also filled in details about holidays they had taken over the previous year. 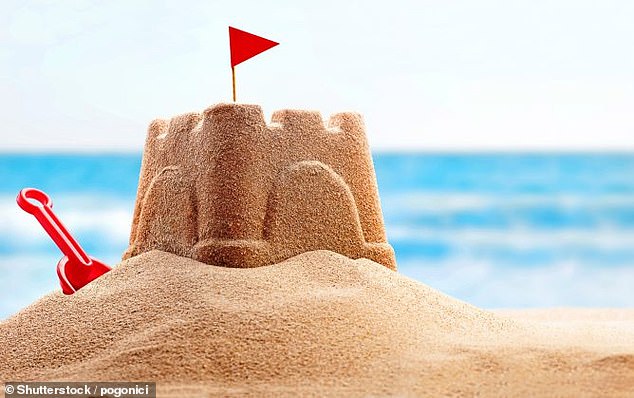 Poor sleep can sometimes become like a phobia — you learn to associate going to bed with waking up at 3am and staying awake. The more this happens, the more likely it is to go on happening. Being on holiday, somewhere different, can break this negative association

Among the volunteers, some had taken numerous short breaks, others had taken none.

It turned out that the risk of having metabolic syndrome fell by nearly a quarter for each additional holiday people had taken. Bryce Hruska, an expert in psychological stress, who ran the study, pointed out that while we don’t yet know why going on holiday is so good for our hearts, studies show that clearly it is.

He added that despite the fact Americans are typically entitled to take only ten days’ paid leave a year, ‘fewer than half utilise all the time available to them’.

This tendency exists in the UK, too. Even before the current travel chaos began, surveys found that nearly one British worker in three said they did not take their full holiday entitlement each year because of the pressure of work and worries that more would simply pile up while they were away. I think that’s a big mistake, given the benefits a break can bring.

But what sort of holiday is best for you? While you don’t need to visit a tropical hotspot (I am holidaying on the UK’s south coast this year), the evidence suggests you should head for the sea.

A study last year in the journal Scientific Reports, which surveyed more than 16,000 people, found those who said they had visited the coast within the past month reported higher rates of happiness and lower rates of mental distress than those who hadn’t. I’m not surprised. I love walking by the sea shore. Just sitting on the beach, listening to the waves, puts me into a relaxed state. And this connection we have with blue spaces goes back tens of thousands of years.

When our ancestors first started to spread around the world, they hugged the coast or went up rivers, keeping close to water. So I can’t help feeling that our love of the sea is deeply embedded.

Wherever you go this summer, I hope your journey is hassle-free and, even if it isn’t, bear in mind the benefits to be had once your holiday truly begins.

Stop the illegal sale of vapes to children

A few years ago, I made a documentary about vaping and asked the question: Are e-cigarettes a miracle or a menace? I concluded that vaping is less harmful than smoking, but by no means harmless if you do not smoke.

Which is why I am concerned by the recent surge in vaping among children.

I have never smoked, but as part of the documentary I took up vaping for a month to see what impact it would have.

For those who have never tried it, an e-cigarette contains a battery that powers a heating element, which turns a liquid containing nicotine and flavourings into a vapour, which you then inhale. There’s no burning and therefore fewer noxious chemicals than in traditional cigarettes.

At the start I did a lot of coughing, but after a while I started to enjoy the ‘hit’, which felt similar to having a cup of strong coffee. I had no cravings and, after a month, I was happy to stop. 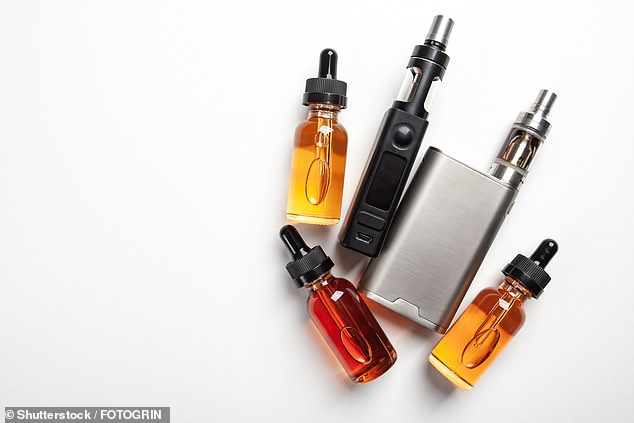 A few years ago, I made a documentary about vaping and asked the question: Are e-cigarettes a miracle or a menace? I concluded that vaping is less harmful than smoking, but by no means harmless if you do not smoke

Although there were signs of increased inflammation in my lungs, these rapidly disappeared when I ended the experiment. After talking to lots of scientists I concluded that vaping was much safer than smoking and likely to do more good than harm, in that the devices may help people quit cigarettes.

But I had underestimated the growing power of social media. In the UK it is illegal to sell vapes to under-18s and there are strict rules on how they can be advertised.

But despite this, a recent YouGov survey of 11- to 17-year-olds found the number of regular vapers had nearly doubled over the past two years, up from 4 per cent in 2020 to 7 per cent in 2022. The proportion of children who admitted to having tried vaping also rose, from 14 per cent to 16 per cent.

And the biggest influence? Social media. Nearly half said they had started after watching vape videos on TikTok, Instagram or Snapchat.

The only bit of good news was that rates of smoking among children have fallen over that period.

It really is time the Government enforced the existing laws and cracked down on illegal sales of vapes to children.

If you have hay fever, are you experiencing symptoms for longer this year?

I am allergic to grass pollen but normally by July I’ve stopped sneezing. This year, however, I’m still going.

Some scientists think the extended season may be because of rising carbon dioxide levels in the atmosphere, or because we are being exposed to more air pollution, which can increase the allergic response. Either way, it looks like I’ll have to carry my antihistamine pills around a bit longer.

If I could go back in time and offer one piece of advice to my younger self, it would be to take better care of my teeth.

After another visit to the dentist, I can now look forward to more root canal work. To avoid it, I’d advise my past self to cut down on fizzy drinks and fruit juice, and to eat my sweets in one go, not spread out across the day. That way my enamel would have a better chance of surviving, as the bacteria in my mouth turn sugar into acid.

I’d also suggest substituting some of the sweets for sugar-free gum with xylitol, which has an antimicrobial effect and generates saliva to wash away the acid. And I’d warn him about dried fruit, which is high in sugar and sticks in teeth, and the dangers to enamel from eating crisps, which turn to sugar and acid in the mouth.

I would urge him to floss, as well as brush his teeth twice a day, and to have regular check-ups, to catch decay early.

If younger Michael had done all that, older Michael would have been spared a lot of pain and expense. 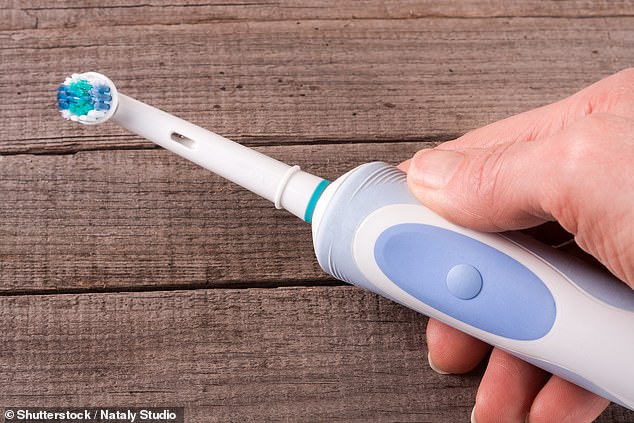 I would urge him to floss, as well as brush his teeth twice a day, and to have regular check-ups, to catch decay early