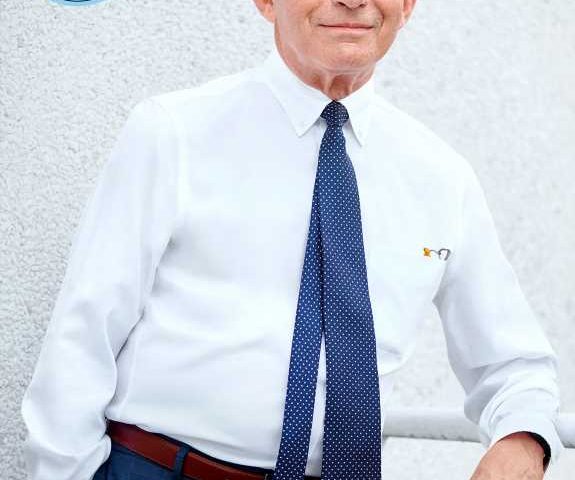 For the past 11 months, Dr. Anthony Fauci has found himself at the center of what he describes as one of “the most difficult and devastating infectious disease and respiratory outbreaks that we’ve experienced in the last 102 years.”

“You have a devastating public health challenge in the midst of a very divisive society, in a very hotly-contested political year. You put all of those ingredients together and it's been quite challenging,” he tells PEOPLE in this week’s cover story where he is named one of the magazine’s People of the Year.

Adding to that challenge, admits the 79-year-old director of the National Institute of Allergy and Infectious Diseases (NIAID), he has been trying to wrap his mind around his newfound status as a pop culture icon. Over the past year, Fauci — who has emerged as a calming voice of reason for a worried nation during the coronavirus pandemic — has watched as his image has appeared on everything from socks to masks and even the nation’s top-selling bobblehead.

“It’s surrealistic and, in some respects, nice and amusing,” says Fauci. “But you can’t take that stuff seriously and start to think you’re a celebrity. When you start to think that, then you get into trouble. I’m a physician. I’m a scientist. And I’m a public health official.”

Nevertheless, in April he watched as Brad Pitt portrayed him on Saturday Night Live, an event that still makes him chuckle.

“I’m definitely not as good-looking as he is,” says Fauci. “But I think he did a great job.” “At the time, I had a vocal cord polyp and my voice sounded like Vito Corleone in The Godfather. He did a great job imitating me with that and pretty good job with the Brooklyn accent, too.”

Much of Fauci’s job for the past year, he explains, has involved using the media to try and help Americans not only understand the importance of adhering to public health measures (like mask wearing and social distancing), but to give them hope, he says, that “we can turn this around.” In that role, he’s rubbed shoulders with lots of celebrities eager to help him get that message across, such as when Julia Roberts interviewed him in May for ONE.org’s #PassTheMic campaign to promote the need for a more unified global response to the pandemic. Watch the full episode of People of the Year: Dr. Anthony Fauci streaming now on PeopleTV.com, or download the PeopleTV app on your favorite device.

He claims that the film, TV, music and sports luminaries he’s met haven’t exactly left him starstruck, but he has been pleasantly surprised by the interactions.

“The thing that you do learn is that they’re really fine people,” he says. “They're real people. They're good people. They’re people who you might initially think that they’d consider themselves big deals because they're celebrities."

"But when you get to sit down and talk to them, you feel that if you really got to know them in the real world — instead of in this extraordinary world that we're living in right now — they actually could wind up being your friends.”

George Clooney, Regina King, Dr. Anthony Fauci and Selena Gomez are PEOPLE's People of the Year! Look for all the covers on newsstands this week and read all four revealing interviews in the new issue.