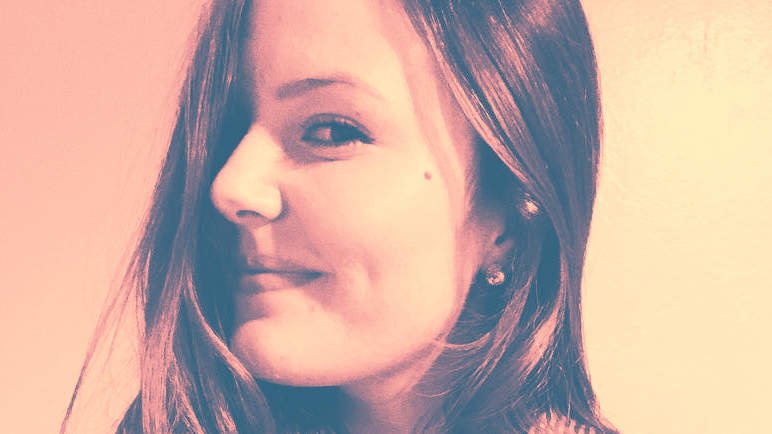 An occasional tiny mole or freckle is usually no reason to be alarmed. But one woman’s small blemish turned out to be a deadly form of skin cancer.

Last June, Megan DiDio, a 22-year-old from Red Bluff, California, noticed that a mole on her left cheek began to look abnormal. Because of her fair complexion, DiDio always took good care of her skin. The change was so noticeable, though, her father pointed it out to her and advised her to see a dermatologist.

During her doctor appointment, her dermatologist told her that the mole "looked fine."

“Upon first glance, the derm told me that it didn't look irregular given that it was all one color and the edges were defined,” DiDio tells Health. “However, she mentioned that we could monitor and check back in the next six months, as opposed to [doing] a biopsy.”

The dermatologist identified the mole as a deep penetrating nevus, a type of mole that can look like melanoma. DiDio was about to move halfway across the country to Chicago, so even though her dermatologist advised her to wait six months and return for another check, she wanted to resolve the situation as quickly as possible.

"I decided to go ahead and have it tested, even though the dermatologist was okay with just watching it, since I wanted to know and not have this situation linger into my move to Chicago," says DiDio. "I didn't really realize the mole might be cancerous until I got the diagnosis."

After her biopsy, DiDIo was told that she melanoma—the most lethal form of skin cancer. Doctors told her that she had stage two, and she had her cancerous mole removed shortly after receiving the diagnosis. She didn't need additional treatment, luckily.

After the surgery, her medical team told her there was no indication of any of the cancer remaining behind. A follow-up test put her odds of the melanoma returning at 7%.

To make sure she stays cancer-free, DiDio explains that she gets her skin checked every three months, and she'll also receive ultrasounds and x-rays twice a year to detect any hard-to-see sign of cancer.

Her brush with a deadly disease has also made her more vigilant about preventing sun damage in the first place. "Sun protection and health are much more near and dear to my heart now," says DiDio. "It's easy to overlook prevention measures that can be an inconvenience, but now I never leave the house without sunscreen and am a strong advocate of all methods of sun prevention."