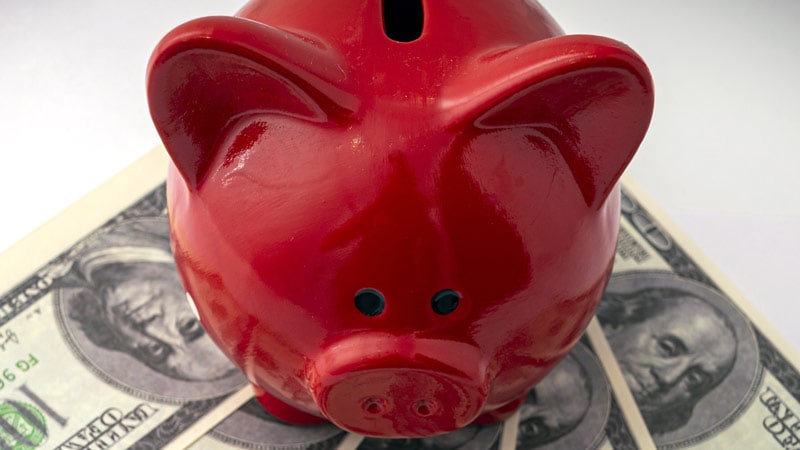 Direct oral anticoagulants (DOACs) are more clinically effective and are more cost-effective for treating patients with cancer-associated thrombosis (CAT) in comparison with low-molecular-weight heparin (LMWH), authors of a new study have concluded.

“Clinical trials have shown improved efficacy and a decreased risk of major bleeding with the DOACs, but the question is whether people will be willing to pay the additional cost to get the better outcome,” commented study author Shuchi Gulati, MD, an assistant professor in the Division of Hematology and Oncology at the University of California, Davis, in a statement.

“Many oncologists have already adopted DOACs in their clinical practice, so this is a key issue,” he added.

The investigators compared the cost-effectiveness of DOACs edoxaban, rivaroxaban, and apixaban using drug prices from the US Department of Veterans Affairs Federal Supply Schedule (VA-FSS).

In a base-case scenario, apixaban dominated enoxaparin and edoxaban by being less costly and more effective.

However, the authors then modeled the prices of drugs using GoodRx, a free online service that provides drug coupons for discounts on medications. This model was more reflective of what the typical patient might pay at their local pharmacy.

The authors note that the results of their analysis were highly sensitive to monthly drug costs. Apixaban remained cost-effective only if monthly medication costs were below $530. Above this, rivaroxaban became cost-effective.

“Which of those is the most cost-effective is going to depend for any given patient on what the cost of those drugs will be for them. That decision can be one that is made in concert with the oncologist and the patient,” study co-author Mark H. Eckman, MD, professor emeritus of clinical medicine at the University of Cincinnati, Ohio, in a statement.

The study was published in the Annals of Internal Medicine.

The authors point out that a previous network meta-analysis of DOACs demonstrated a statistically significant decrease in the recurrent risk of cancer-associated thrombosis as compared with LMWH and warfarin.

In their own study, they used an analytic model to evaluate the cost and effectiveness of commonly used DOACs and enoxaparin for the treatment of CAT and the prevention of recurrent venous thromboembolism. Their outcome measures were incremental cost-effectiveness ratio (ICER) in 2022 US dollars per quality-adjusted life-year (QALY) gained. “QALYs are basically years lived by the members of the cohort but adjusted for the quality of life in the different health states they experience over that time,” Gulati said. “If you were to have a recurrent blood clot or a major bleed. for instance, you would have a decrease in your quality of life.”

The anticoagulant agents were compared in a model that simulated major health events likely to occur over time in a cohort of patients with cancer who have experienced CAT.

Data from a network meta-analysis (four phase 3 clinical trials) comparing DOACs to LMWH were used to inform their decision model. Their model simulated recurrent pulmonary emboli, recurring deep vein thrombosis (DVT) without pulmonary emboli, major bleeds, clinically relevant nonmajor bleeds, and mortality. The authors then examined accumulating costs and effectiveness of the drugs, as measured in QALYs, during the lifetime of the patients.

The investigators conducted a base-case analysis over the lifetime of a 63-year-old patient using drug costs from the VA system. Interventions included enoxaparin, apixaban, edoxaban, and rivaroxaban.

In this base-case scenario, apixaban was the least costly, and rivaroxaban was not cost-effective. However, rivaroxaban was slightly more effective than apixaban, with an ICER of $493,246.

But this changed in the scenario analysis using “real-world” drug prices from GoodRx. In this scenario, if decisionmakers were unwilling to spend more than $50,000 per QALY, edoxaban was favored. However, using the contemporary threshold for societal willingness to pay, rivaroxaban was cost-effective, with an ICER of just more than $50,000 per QALY.

“These findings are important as we notice a stark difference in the cost-effectiveness between the VA-FSS setting and the real-world setting, and this could have implications for value-based price benchmarks in the United States,” the authors comment.

Gulati and Eckman conclude that their analysis is important, as DOACs are unlikely to be compared head to head in a phase 3 clinical trial. “Depending on clinical characteristics, location of cancer, and side effects, patients may be better suited to one agent over another in clinical practice and this analysis should help policymakers and clinicians with making these decisions,” they conclude.

The study received no outside funding. Gulati had participated on a data safety monitoring board or advisory board for Puma Biotechnology, EMD Serono, and AVEO. Eckman has contracts/grants from NICHD (NIH) – Bristol-Myers Squibb/Pfizer, and NIH/NCATS, all of which were to his institution.

Roxanne Nelson is a registered nurse and an award-winning medical writer who has written for many major news outlets and is a regular contributor to Medscape.