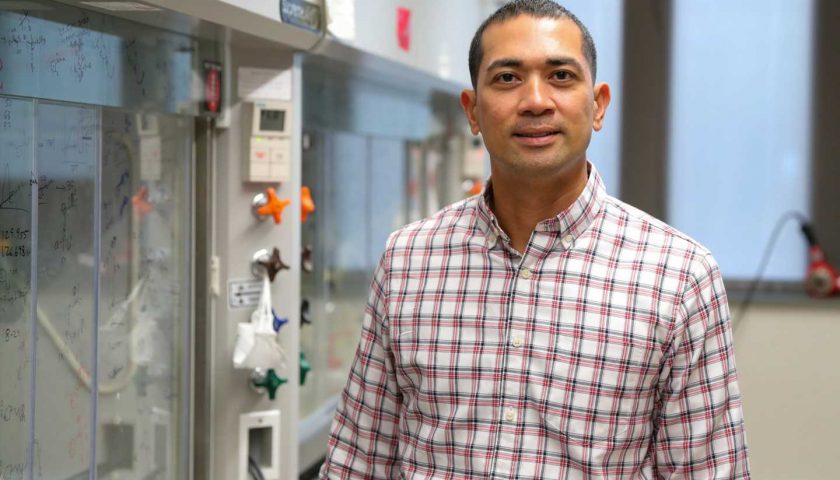 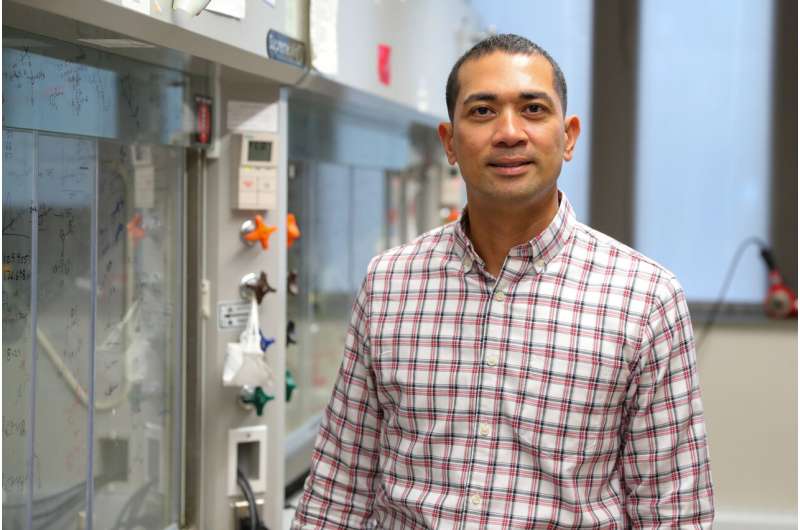 Webster Santos is determined to find a way to halt kidney fibrosis, a condition caused by persistent inflammation and assault to the kidney. The disorder leads to kidney disease, itself a pathway to kidney failure, also known as renal failure, and almost certain death.

According to medical experts, nearly 40 million Americans have what is known as chronic kidney disease, informally known as CKD. The loss of kidney function—be it gradual or sudden—is devastating on the body. Waste build-up. Heart disease. High blood pressure. Bone deterioration. The list only gets grimmer.

Santos, a professor in the Department of Chemistry, part of the Virginia Tech College of Science, is determined to stem this ever-growing trend—certainly not a full halt, but likely a new dam. In a new paper published recently in Science Translational Medicine, Santos and an international team of scientists unveil a new breakthrough: By blocking the transporter of signaling molecule Sphingosine-1-phosphate, the progression of kidney fibrosis can be suppressed.

Think of it as radio signal jamming depicted in war and spy films throughout the years. Or, if you’re a sports fan, a defensive blocker intercepting that intended pass.

“We discovered a molecule that blocks this transporter and showed that it prevents the development of kidney fibrosis in a mouse model,” said Santos, the Cliff and Agnes Lilly Faculty Fellow in the College of Science. “The impact is the discovery of a new therapeutic target for the treatment of chronic kidney disease and other fibrotic diseases.”

Santos likens kidney fibrosis—again the last stop before certain fatal kidney/renal disease and failure—as the worst kind of natural human disease defense. “Think of fibrosis as wound healing,” Santos said. “When you cut your skin, for example, wound healing occurs, but that new skin is different than the original. It will be a little tougher—a scar forms. Fibrosis is essentially over-scarring. So there are different stages of fibrosis. The more advanced, the worse the kidney becomes disease-wise. So CKD eventually leads to end-stage kidney failure.”

Santos said CKD—when the kidneys are unable to filter wastes and excess fluids from blood—may be an unstoppable condition, but maybe it can be slowed. “An ideal anti-fibrotic therapy would reverse the pathology, but even the more modest and realistic goals of slowing fibrotic progression remains unrealized. Delaying the onset of ESRD by just a few years would be enormously beneficial to human health and health care economics,” Santos said.

Santos and his Virginia Tech graduate students past and present—including recent alums Daniel Foster and Russell Fritzemeier, who each earned Ph.D.s in chemistry—have been chasing this find for half a decade. (The work in this new paper builds off similar research published in May in the Journal of Medicinal Chemistry.)

“It’s been a long slog because we do not have a crystal structure of the protein to help us design molecules,” said Santos, also an affiliated member of the College of Science’s Center for Drug Discovery and the Virginia Tech Fralin Life Sciences Institute. “Through a ton of trial and error by an iterative process of synthesis and biological testing, we identified potent inhibitors. It feels exhilarating to know that we are the first group to do this. We feel even better to realize that our work could lead to drugs that will help millions of people with CKD.”

The work is hardly over. In terms of actual medical treatment for actual patients, the journey is just beginning.