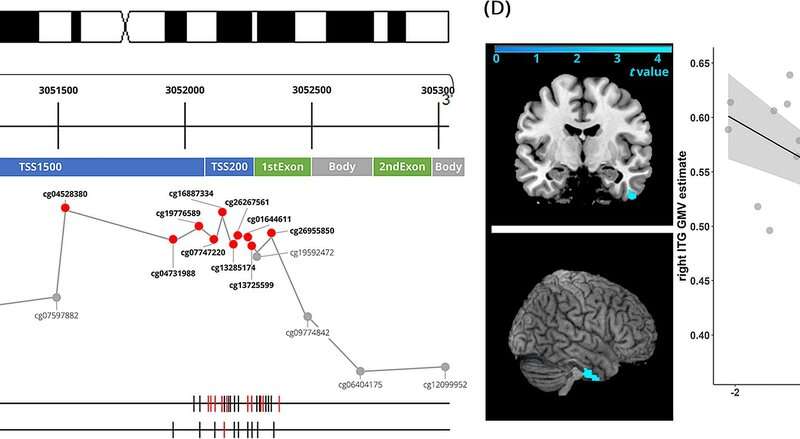 Our ability to feel and understand the emotions of others, “empathy,” is at the core of our prosocial behaviors such as cooperation and caregiving. Scientists have recognized two types of empathy: cognitive and affective. Cognitive empathy involves understanding another person’s emotions on an intellectual level, taking into consideration someone’s situation and how they would react (for example, “putting yourself in someone else’s shoes”). Affective empathy, on the other hand, is a kind of emotional contagion, where you feel someone’s emotion instinctively after observing their expression or other mood indicators. Both these types strongly predict how parents behave with their children and can subsequently influence child psychological development. Therefore, understanding how empathy is shaped can help us to decipher parental behavior.

When it comes to biological mechanisms of empathy, scientists are particularly interested in oxytocin, the so-called “love hormone.” High oxytocin levels predict sensitive parenting, but it isn’t clear how the oxytocin-related gene might generate variation in empathy and parental behavior. One possible explanation is epigenetic changes to the gene—a way of altering gene function without changing the actual DNA sequence. Specifically, “DNA methylation”—the addition of a chemical group called the “methyl” group at specific locations—in the oxytocin gene (called OXT) has been associated with personality traits and brain structure in humans. This raises a question: can methylation of OXT influence empathy in mothers? A team of scientists at University of Fukui in Japan, led by Prof. Akemi Tomoda, decided to find out, in a study published in Psychoneuroendocrinology.

Specifically, the scientists wanted to investigate how methylation of OXT, brain structure, and empathy are related in mothers. For this, they measured OXT methylation through analyses of saliva samples from 57 Japanese mothers who were caring for at least one young child. Moreover, they used an MRI technique called “voxel-based morphometry” to examine the size of brain regions related to OXT methylation, aiming to identify any connections between brain morphology and DNA methylation. This is part of an exciting new field called “imaging epigenetics” that seeks to explain behavior through linking epigenetic changes with brain structures and/or functions. Finally, they used a well-established psychology questionnaire to determine the levels of cognitive and affective empathy they have.

The findings showed that OXT methylation was positively correlated with a mother’s “personal distress,” relating to harsh parenting. Additionally, OXT methylation was negatively correlated with the volume of gray matter in the right inferior temporal gyrus. In other words, high methylation of the oxytocin gene lowered brain volume in the inferior temporal gyrus while increasing personal distress. “This is the first study to find a correlation between DNA methylation of the oxytocin gene with empathy, and the first to link that methylation with both empathy and variation in brain structure,” Prof. Tomoda commented. “So, we’ve gained very important insight into the relationship between this gene and the phenotype—or the physical manifestation of gene expression.”

The researchers also used statistical analyses to find out whether DNA methylation affected changes to brain structure, or vice versa. But they did not find a significant effect of gray matter volume of the inferior temporal gyrus on OXT methylation and empathy. This means that brain structure did not appear to mediate the relationship between epigenetic changes to the OXT gene and empathy.