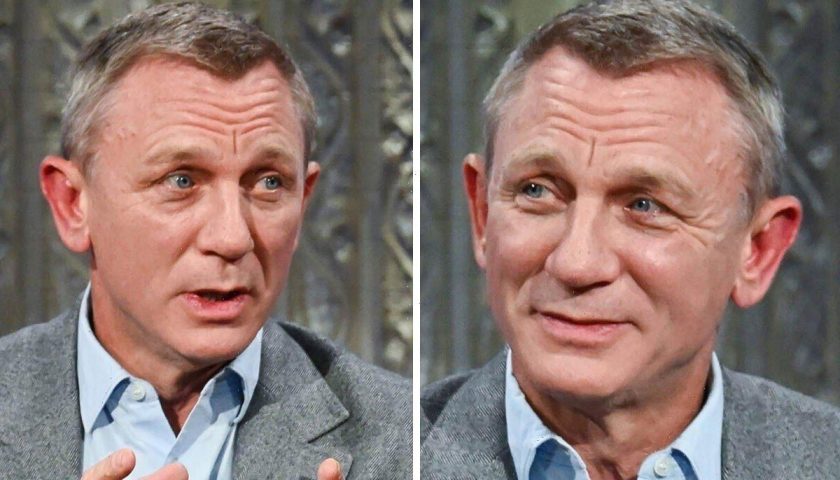 As the 2015 mega-hit Spectre plays on television tonight (Friday, April 22), speculation about who will be next to take on the role of the most famous spy is still rife. Surprisingly, when offered the role originally, Craig admitted that he “didn’t really want to do it”. Even after accepting the role, the mental torment and newfound level of fame that came with it, initially took its toll on the star.

In a new documentary titled Being James Bond, that aired back in 2021, Craig said: “I didn’t really want to do it.

“Because I thought I wouldn’t know what to do with it. I was going to get the script, read it, and say, ‘Thanks but no.’”

However, after reading the script for Casino Royale, which he said was “solid,” the actor soon found himself signing up for the part.

“My personal life was affected by being that famous all of a sudden,” he told Apple TV+, which aired the documentary.

“I used to lock myself in and close the curtains, I was in cloud cuckoo land. I was physically and mentally under siege.”

In other interviews, the star revealed that it was specifically anxiety that he used to suffer from the most. This anxiety soon became so insufferable, that it influenced the star to give up the role entirely.

The actor added: “I was like, ‘Is this work really genuinely worth this, to go through this, this whole thing?’ And I didn’t feel… I felt physically really low.

“So the prospect of doing another movie was just, like, off the cards.

“And that’s why it has been five years.”

In addition to being mentally challenging, the role of Bond was extremely physically challenging for Craig as well, who was injured multiple times during each film he did, including breaking his leg during Spectre.

At the time, Craig said: “I finished that movie [Spectre] with a broken leg.

“I had to question myself – was I physically capable of doing [another Bond film] or did I want to do another one? Because that phone call to your wife saying ‘I’ve broken my leg’ is not pleasant.”

The actor even went as far to say that he would rather “slash his wrists” than return as the Ian Fleming protagonist.

With permanent damage to his body, Craig has given up the role for good, after appearing in the long awaited and delayed No Time to Die.

Mind, one of the UK’s leading mental health charities explains that anxiety is a common mental health condition, which causes individuals to feel worried, tense or afraid. Despite being a normal human response, those with anxiety can experience symptoms constantly or at random times, which affects their ability to live.

If an individual’s symptoms fit a particular set of “medical criteria” then they might be diagnosed with a particular anxiety disorder. However, it is also possible to experience problems with anxiety without having a specific diagnosis.

Some common anxiety disorders include, but are not limited to, the following:

The first, GAD, describes when individuals have regular or uncontrollable worries about many different things in their everyday lives.

GAD causes a range of symptoms that can affect both the body and the brain. Some of these include:

Luckily however, there are multiple proven treatments that can aid people overcome or manage their anxiety. This includes a range of self-help resources, talking therapies and medication. For confidential mental health support call 116 123 to talk to Samaritans, or email: [email protected] for a reply within 24 hours. Alternatively, text “SHOUT” to 85258 to contact the Shout Crisis Text Line, or text “YM” if you’re under 19.