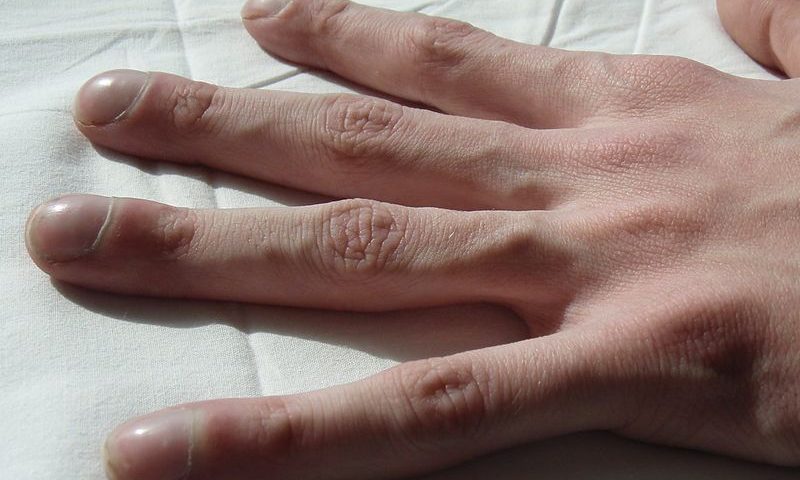 Cystic fibrosis remains an incurable genetic disorder that impairs lung function and significantly reduces life expectancy. A new combination drug therapy that addresses the disorder’s underlying defects offers a promising new treatment approach. The use of this therapy had previously been limited to adolescents and adults. Designed to meet the highest standards of clinical practice, a study co-led by Charité—Universitätsmedizin Berlin has now confirmed that this combination therapy regimen is also beneficial to primary school-aged children. Earlier treatment means disease progression is likely to be significantly slowed. The researchers’ findings have been published in the American Journal of Respiratory and Critical Care Medicine.

Characterized by the build-up of thick, sticky mucus, cystic fibrosis, also known as mucoviszidosis, is the most common fatal genetic disease in Germany. A defect in the CFTR ion channel (which sits on the surface of airway epithelial cells and transports salt and water) disrupts the normal fluid balance, resulting in highly viscous mucus. Cystic fibrosis primarily impairs the lungs, which get clogged by this viscous mucus and thus become less effective at clearing away pathogens. The result is chronic infection and airway inflammation, progressively impaired lung function, and difficulty breathing. In severe cases, a lung transplant may become necessary. People affected by the disease used to die before reaching adulthood. Today, average life expectancy is around 55 years. These gains in life expectancy are mainly due to improvements in symptomatic treatment.

Drugs which target not just the disease’s symptoms but also its underlying molecular defects by improving CFTR channel function—known as CFTR modulators—only became available a few years ago. In approximately 90 percent of patients with cystic fibrosis, the underlying CFTR channel defect is caused by a specific fault in the CFTR gene known as the F508del mutation. A triple therapy combining three CFTR modulators (elexacaftor, tezacaftor and ivacaftor) has been available in Europe since August 2020. In patients with one copy of the F508del mutation, this triple combination therapy can restore ion channel function to approximately half the normal level, thereby producing noticeable improvements in lung function and quality of life.

“It was a milestone in the treatment of cystic fibrosis,” explains first author Prof. Dr. Marcus Mall, Head of Charité’s Department of Pediatric Respiratory Medicine, Immunology and Critical Care Medicine and Charité’s Cystic Fibrosis Center. He adds that “unfortunately, until now, this treatment has only been available to patients aged 12 and over. This is because, traditionally, new drugs are first tested on and then authorized for use in adults. What we want to do, however, is administer this causal treatment as early as possible during the course of the disease in order to prevent irreversible lung damage. This is of course only possible if treatment starts during childhood. What we have been able to do now is to show that this can be done both safely and very effectively in primary school-aged children.”

Prof. Mall and his international research partners studied the effects of this triple combination therapy in 121 children with cystic fibrosis. Participants were aged between 6 and 11 years and had at least one copy of the F508del mutation. The children were randomized to receive either the triple combination regimen or placebo for a duration of approximately six months. The study, which was conducted at centers in ten different countries, was designed as a randomized controlled trial—the gold standard in clinical research.

“This type of clinical study remains too much of a rarity in pediatric drug development,” says Prof. Mall, Einstein Professor at Charité and cystic fibrosis research lead at the German Center for Lung Research (DZL). “The inclusion of control groups is often neglected in pediatric research. Instead, adult data are used to extrapolate effects from adults to children. But children are not simply small adults. High-quality studies are therefore crucial to the development of safe and effective drugs for children.”

Their recently published study showed that treatment significantly improved CFTR channel function, thereby enhancing the children’s lung function and quality of life. The treatment had a good overall safety profile and was well tolerated, with side effects comparable to those observed in older patients.

“I was both surprised and delighted to see that, even this early in the disease trajectory and despite the brief treatment duration, the children experienced noticeable improvements,” says Prof. Mall. “These findings contributed to the decision by the European Medicines Agency to expand the marketing authorization for this triple combination regimen to include children aged 6 and over. That means we are already in a position to treat children in this age group. I expect that the earlier initiation of treatment targeting the disease’s causative defect will produce significant improvements to the long-term health of patients with cystic fibrosis.”

As a next step, the research team plan to test whether the drug combination might be suitable for use in even younger children. Given cystic fibrosis forms part of the newborn screening program, the disease can now be diagnosed within the first few weeks of life. “That would place us in a position to start causal treatment for cystic fibrosis as early as early infancy, which would hopefully prevent even early-stage damage to the lungs and possibly even other organs like the pancreas. Very gradually, we are working our way closer to this target. Currently, we are testing the safety and efficacy of this triple combination therapy in children aged between 2 and 5 years,” explains Prof. Mall.