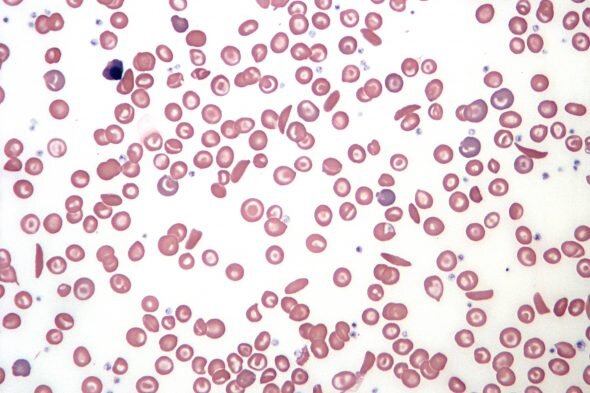 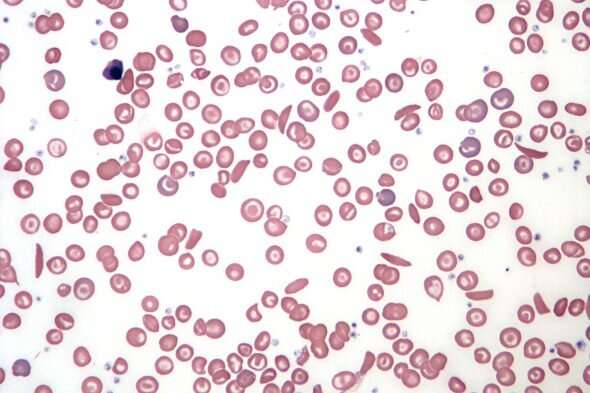 University of Illinois Chicago is one of the U.S. sites participating in clinical trials to cure severe red blood congenital diseases such as sickle cell anemia or Thalassemia by safely modifying the DNA of patients’ blood cells.

The first cases treated with this approach were recently published in an article co-authored by Dr. Damiano Rondelli, the Michael Reese Professor of Hematology at the UIC College of Medicine. The article reports two patients have been cured of beta thalassemia and sickle cell disease after their own genes were edited with CRISPR-Cas9 technology. The two researchers who invented this technology received the Nobel Prize in Chemistry in 2020.

The advantage of this approach is that it uses the patient’s cells with no need for a donor. Also, the gene manipulation does not use a viral vector as with other gene therapy studies but is done with electroporation (quick production of pores into the cells with high voltage) which is known to have low risk of off-target gene activation, according to Rondelli.

Sickle cell disease is an inherited defect of the hemoglobin that causes the red blood cells to become crescent-shaped. These cells can lyse and obstruct small blood vessels, depriving the body’s tissues of oxygen. The disease can cause extreme pain and damage the lungs, heart, kidneys and liver. Beta thalassemia is a blood disorder that reduces the production of hemoglobin—the iron-containing protein in red blood cells that carries oxygen to cells throughout the body. In people with beta thalassemia, low levels of hemoglobin lead to a lack of oxygen in many parts of the body.

The first two patients to receive the treatment have had successful results and continue to be monitored. Rondelli is on the steering committee for an international clinical trial, with UIC being the only site in Chicago. Although the trial is at an early stage and the first patients will be followed for some time before expanding the numbers worldwide, UIC will be among the few sites ready for this treatment.

“It is a great privilege for UIC to be part of this international study and I hope that in the future we will have our own patients undergo this procedure,” Rondelli said.

“UIC and UI Health is an ideal place for any cellular therapy in sickle cell disease because of our experience and success in stem cell transplantation in these patients. In fact, over 75% of sickle cell patients can be cured with a transplant, and we have already done over 50 cases,” he said.

While a full-match donor is still the first line of treatment, finding a compatible stem cell donor is challenging. For this reason, many centers including UI health have developed strategies to successfully utilize donors who are only 50% compatible, called haploidentical donors. However, according to Rondelli, in about 30% to 50% of the patients, there are still multiple barriers that can limit the possibility of a donor-derived transplant, such as a family donor availability, or the presence of antibodies in the patient caused by many prior red cell transfusions, that would reject the donor stem cells.

“This gene-editing procedure has the potential to overcome all of these. Cells of the same patient can be manipulated and can be transplanted without the risk of rejection or to cause immune reactions from the donor (graft-versus-host disease),” said Rondelli. “For the almost 900 patients with SC coming to our hospital, this should be great news.”

Patients who in the future will participate in the trial will have cells sent to the CRISPR manufacturing site where the cells undergo genetic editing. Patients then receive chemotherapy prior to the edited stem cells being re-inserted into their bloodstream.

Researchers hope this treatment can be a game-changer for world health. Sickle cell disease and beta thalassemia and other congenital blood disorders are major diseases in the world. Rondelli said 5 million people only in Nigeria suffer from sickle cell disease, and many others in Africa. Also, currently, 30% of transplants being performed in India, which has 1.3 billion people, are to treat severe beta thalassemia, he added.